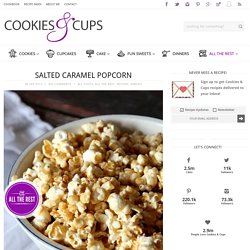 It’s so easy and adding that extra salt gives it the perfect salty/sweet combo! Today my babies went back to school. And I cried. Which is ridiculous because they are now in 3rd and 5th grade. And also because I have been dreaming of the first day back to school for like 6 weeks. Caramel Corn with Smoked Almonds and Fleur de Sel recipe. I had a delicious salted caramel corn recently from a restaurant, and was dying to find a similar recipe! 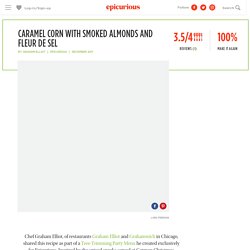 This worked beautifully! I love that the kernels were individual, and crisp. Graham crackers – smitten kitchen. Let’s say I was an alien, or new here or something — er, not entirely impossible, if you consider that I woke up yesterday with small feet fidgeting way further up my rib cage than I thought anatomically possible, leading me to wonder what I actually know about anatomy, leading to an inadvisable, rash amount of Google Image searching, leading to my eyes popping out of my head and whoa, I’ve digressed mightily — and I asked you to explain to me what is this “graham cracker” flavor that you speak of, could you do it? 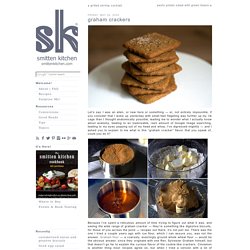 Because I’ve spent a ridiculous amount of time trying to figure out what it was, and seeing the wide range of graham cracker — they’re something like digestive biscuits, for those of you across the pond — recipes out there, it’s not just me. Perfection Exists, It's Called a Garlic Knot. Sometimes you need a break from the craziness of this modern age, which is why we're celebrating nostalgic foods this week at BonAppetit.com. 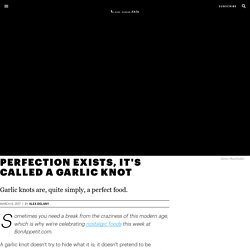 A garlic knot doesn't try to hide what it is; it doesn’t pretend to be something else. It’s unapologetically bold, while remaining simple and true at heart. Even when out of sight, a garlic knot’s presence is still known via smell, communicating: “I am garlic and oil and dough and parsley, and that’s all I need to be. I am delicious.” At every neighborhood slice joint, since I was a kid, garlic knots have always been a mandatory part of my order. Those little Styrofoam cups of marinara have the best seat in any respectable pizzeria. But let it be known: If a garlic knot is a quality garlic knot, it doesn't need sauce. While the secret to great sauce is a constant, the physical knot itself varies. The perfect garlic knot is just about as tall as it is wide. There are also four nonphysical commandments of garlic knots. Buffalo Wing Popcorn Recipe. Cheddar Cheese Crackers Recipe - NYT Cooking. 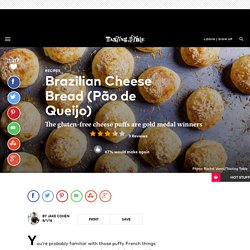 Dale Talde's 'Proudly Inauthentic' Versions of McDonald's Chicken Nuggets and Apple Pie - Bon Appétit. Dale Talde, the New York- and New Jersey-based chef behind Talde, Pork Slope, and Thistle Hill Tavern, and more popularly known as a two-season contestant on Top Chef, will be the first to tell you that he's an early 90s kid who grew up between cultures. 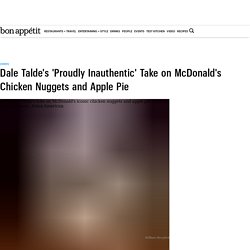 The result: Born in the U.S. to Filipino parents and raised in Chicago, Talde has cultivated a cooking style he describes as "stepping out of tradition and authenticity" and "flying by the seat of my pants. " His just-released first cookbook—Asian-American: Proudly Inauthentic Recipes from the Philippines to Brooklyn, written with food writer JJ Goode—puts this quirky signature style on display. Whether it's pairing crispy, Korean-style fried chicken with grapes, resurrecting dishes his mom made at home, or making Chicken McNuggets and fried apple pies inspired by McDonald's, Talde is done grappling with authenticity on anyone's terms but his own.

Between Cultures Talde titled the book Asian-American for a reason. Spicy Pretzel and Nut Mix. This is one of my “Greatest-Hits” recipes, and in the spirit of holiday sharing, I thought it was time to share it with everyone. 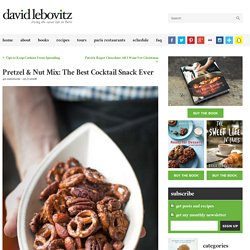 I made it for a cocktail get-together the other night and my guests dove in so fast that I had to pull the bowl away just to get some for myself! Although I confess, I ate my fair share before my guests arrived…but what’s a holiday party without at least one of your guests feeling guilty about doing something they might later regret. This is a real “keeper”—not just because it tastes so good, but also because it’s quickly made from ingredients that most of us have on hand. So it can be made at the last-minute while you race around showering, shaving, and freshening-up anything around the house that needs freshening-up for your arriving guests.