Chakra system chart - by astrology - chakra chart/chakras charts - Planetary influences on chakra system. Planetary influences on chakra system Introduction to the chakra system The human energetic system is mainly composed of a vertical energetic axis which runs through our spine from the perineum (the region between the genitals and the anus), up to the top of our head. This is our main energetic channel and it is called in India the Sushumna Nadi. On this channel, at different levels there are seven energetic centers (named chakras) that represent our link to the "reality" and the universe(s). They are located as shown in the image on the right. Chakra system chart by astrology One can identify the nodal axis with Sushumna Nadi, the energetic central channel that runs through our spine.

The other six chakras will be projected on the nodes' axis as follows: 1. 2. 3. 4. 5. 6. Planets that are in the projection area of one chakra will influence that chakra according to their nature and the side of the nodal axis where they are located. Spirit Science 2 ~ Chakras. The Awakened Alpha Chakra Suite. See the reviews on Amazon What is “Alpha” meditation? 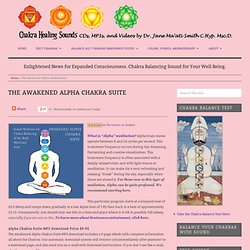 Alpha brain waves operate between 8 and 13 cycles per second. This brainwave frequency occurs during day dreaming, fantasizing and creative visualization. This brainwave frequency is often associated with a deeply relaxed state, and with light trance or meditation. It can make for a very refreshing and relaxing “break” during the day, especially when times are stressful. This particular program starts at a binaural beat of 20.3 (Beta) and ramps down gradually to a low Alpha beat of 7.83 then back to a beat of approximately 12-13. Alpha Chakra Suite MP3 Download Price $9.95 The Awakened Alpha Chakra Suite MP3 download includes a 9 page eBook with complete information all about the Chakras. Purchase the Alpha Brainwave Chakra Suite with Pay Pal Purchase the Alpha Brainwave Chakra Suite with BitCoin To Buy The Awakened Alpha Chakra Healing Suite on CD for $16.95, click here. Are you using an iPad, iPhone or iPod? Chakra Healing Sounds.

What are the 7 Main Chakras? 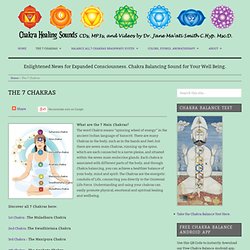 The word Chakra means “spinning wheel of energy” in the ancient Indian language of Sanscrit. Chakra Meditation 15mins (Crystal Singing Bowls Vibration) Kundalini awakening. Chakra Balance Test. (Scroll down for the test)What is Chakra Balance, and why is it important? 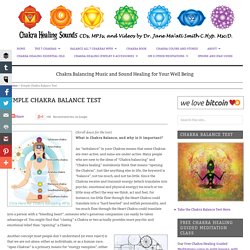 An “imbalance” in your Chakras means that some Chakras are over-active, and some are under-active. Many people who are new to the ideas of “Chakra balancing” and “Chakra healing” mistakenly think that means “opening the Chakras”. Just like anything else in life, the keyword is “balance”, not too much, and not too little. Since the Chakras receive and transmit energy (which translates into psychic, emotional and physical energy) too much or too little may effect the way we think, act and feel; for instance, too little flow through the Heart Chakra could translate into a “hard hearted” and selfish personality, and too much flow through the Heart Chakra could translate into a person with a “bleeding heart”, someone who’s generous compassion can easily be taken advantage of. You might find that “closing” a Chakra or two actually provides more psychic and emotional relief than “opening” a Chakra. The Crown Chakra.

The Crown Chakra serves to balance the inner and outer self, and is the connection to the Higher Self. 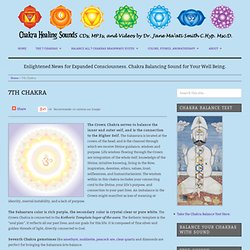 The Sahasrara is located at the crown of the head, and is the channel through which we receive Divine guidance, wisdom and purpose. Life wisdom flowing through the Crown are integration of the whole Self, knowledge of the Divine, intuitive knowing, living in the Now, inspiration, devotion, ethics, values, trust, selflessness, and humanitarianism. The wisdom within in this chakra includes your connecting cord to the Divine, your life’s purpose, and connection to your past lives.

An imbalance in the Crown might manifest as loss of meaning or identity, mental instability, and a lack of purpose. The Sahasrara color is rich purple, the secondary color is crystal clear or pure white. The Third Eye Chakra. The Brow chakra is the seat of dreams, inner vision, spiritual direction and wisdom. 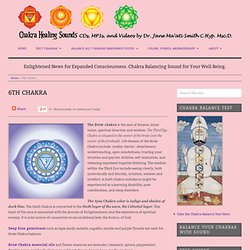 The Third Eye Chakra is situated in the center of the brain (not the center of the forehead). Life lessons of the Brow Chakra include ‘reality checks’, detachment, understanding, open mindedness, trusting your intuition and psychic abilities, self realization, and releasing repressed negative thinking. The wisdom within the Third Eye include seeing clearly, both symbolically and literally, intuition, wisdom and intellect. A Sixth Chakra imbalance might be experienced as a learning disability, poor coordination, and sleep disorders. The Ajna Chakra color is indigo and shades of dark blue.

Deep blue gemstones such as lapis lazuli, sodalite, sugalite, azurite and purple flourite are used for Brow Chakra balance. The Throat Chakra. The Throat Chakra is the chakra of communication, self expression and judgment. 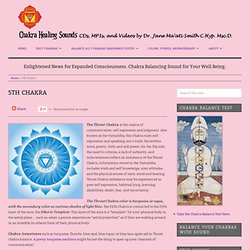 Also known as the Vishuddha, this Chakra rules self expression and speaking one’s truth, the written word, poetry, faith, and will power. On the flip side, the need to criticize, a lack of authority, and indecisiveness reflect an imbalance of the Throat Chakra. Information stored in the Vishuddha includes truth and self knowledge, your attitudes, and the physical senses of taste, smell and hearing. Throat Chakra imbalance may be experienced as poor self expression, habitual lying, learning disabilities, doubt, fear, and uncertainty. The Throat Chakra color is turquoise or aqua, with the secondary color as various shades of light blue. The Heart Chakra. Healing the Manipura Chakra. The Solar Plexus Chakra, or Manipura, rules lessons involving fear of rejection, your self esteem, sensitivity to criticism, a distorted self image, and fear of your “secrets being found out”. 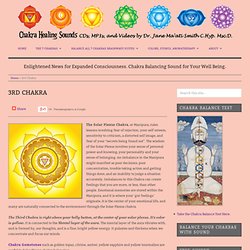 The wisdom of the Solar Plexus involves your sense of personal power and knowing, your personality and your sense of belonging. An imbalance in the Manipura might manifest as poor decisions, poor concentration, trouble taking action and getting things done, and an inability to judge a situation accurately. Imbalances in this Chakra can create feelings that you are more, or less, than other people. Swadhistana Chakra Healing. The Root Chakra. The Root Chakra influences your physical vitality, physical survival instincts, “fight or flight” response, and the emotions of anger, jealousy, desire and greed. 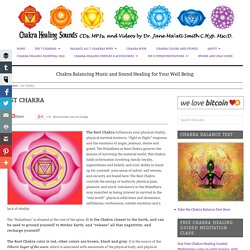 The Muladhara or Root Chakra governs the lessons of surviving the material world. This Chakra holds information involving family loyalty, superstitions and beliefs, and your ability to stand up for yourself; your sense of safety, self esteem, and security are based here. The Throat Chakra. 432Hz Chakra vibrational Healing. Meditacion para depurar y armonizar los chacras. 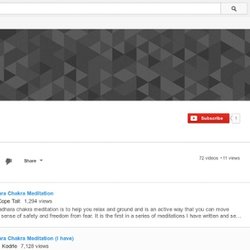 N-mpt=uo%3D4 CD and Digital downloads available at Taos Winds Reverbnation Store ­0097? Item_id=1626424 and at Amazon: Clear the negativity from your self and your life with this beautiful Chakra tuning music and colors. The audio frequencies and colors in this video are for meditating and tuning all the Chakras. Watch or listen to this video in the evening before bedtime, in the morning when you awake, or at any time of the day when you feel the need to relax, recharge or retune your being. Personally I sometimes listen while doing my Yoga, and sometimes I watch and listen meditatively staring into the middle of the "mist. " Note: Finger cymbals' ring between each segment to allow you to recompose yourself for a moment before the next segment starts. Balance can return into your otherwise chaotic life. THE SACRED VOWELS ( PINEAL GLAND )