14 Millennials Got Honest About How They Afforded Homeownership. For most millennials I know, the American dream of homeownership doesn’t just feel far away, but impossible. 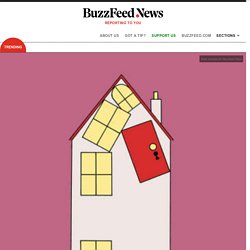 Especially if you live in an urban area, if your own parents didn’t own a home, if you’re saddled with student debt — it doesn’t matter if a mortgage payment might be equal to what you’re paying in rent when you’re struggling month to month, barely putting enough aside to save for an emergency, let alone a down payment.

M.chicagoreader. Justin Santora Krystal Horton arrived at the downtown court building that Thursday morning in June with her two kids in tow and only minutes to spare before her 9:30 eviction hearing. 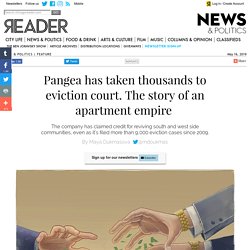 Inequality. Master planning. Why we have grass lawns. Will Karl Marx Allee Spark Berlin's Housing Revolution? Cohousing. How Wall Street Bought Up America's Homes. Finding roommates for seniors. About a year and a half ago, Brenda Atchison, a lifelong Bostonian, created an online profile. 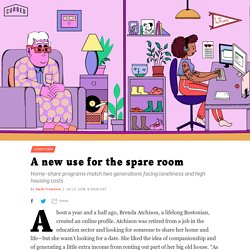 Atchison was retired from a job in the education sector and looking for someone to share her home and life—but she wasn’t looking for a date. She liked the idea of companionship and of generating a little extra income from renting out part of her big old house. Tankless Water Heaters vs. Storage Tank Water Heaters. What to Change When You Move Into a New Place. This is how Canada's housing correction begins. Bloomberg. The Housing Boom Is Already Gigantic. How Long Can It Last?

Www.dezeen. The New American Dream Home Is One You Never Have to Leave. Bloomberg. This Is How People Can Actually Afford to Live in Seattle. Seattle has always been a boom-and-bust town. 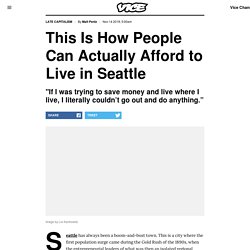 This is a city where the first population surge came during the Gold Rush of the 1890s, when the entrepreneurial leaders of what was then an isolated regional backwater marketed the place as a gateway to the riches of the Yukon. But as difficult as that is to imagine now in what some locals call Amazonia, where tech-money-inspired skyscrapers rise out of the ground all over downtown, there have been more fallow periods, too. During the economic downturn of the early 70s, a billboard went up out near the airport asking the last person leaving Seattle to turn out the lights. And as politically progressive as the city’s reputation now is, economically, the place remains a freewheeling frontier town at heart, with the pursuit of capital the only consistent driving force from the 19th century to the present.

And the exorbitant demand on the city’s housing supply isn’t likely to change anytime soon. Housing can’t both be a good investment and be affordable. A fundamental contradiction lies beneath most of our housing policy debates At City Observatory, we’ve frequently made the case that promoting homeownership as an investment strategy is a risky proposition. 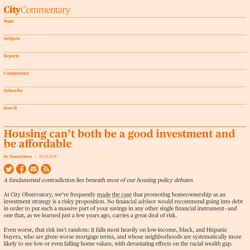 No financial advisor would recommend going into debt in order to put such a massive part of your savings in any other single financial instrument—and one that, as we learned just a few years ago, carries a great deal of risk. Even worse, that risk isn’t random: It falls most heavily on low-income, black, and Hispanic buyers, who are given worse mortgage terms, and whose neighborhoods are systematically more likely to see low or even falling home values, with devastating effects on the racial wealth gap.

But let’s put all that aside for a moment. What if housing were a low-risk, can’t-miss bet for growing your personal wealth? What Should America Do With Its Empty Church Buildings? When St. 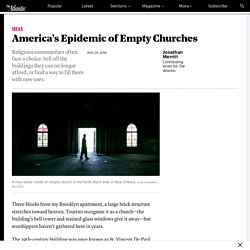 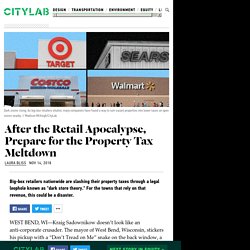 The mayor of West Bend, Wisconsin, stickers his pickup with a “Don’t Tread on Me” snake on the back window, a GOP elephant on the hitch, and the stars-and-stripes logo of his construction company across the bumper. His fiscal conservatism is equally well billboarded: In the two hours we spent at City Hall and cruising West Bend in his plush truck, Sadownikow twice mentioned the 6 percent he has shaved off the Wisconsin city’s operating budget since becoming mayor in 2011, and stressed its efforts to bring more business to town. Why the Housing Market Is Slumping Despite a Booming Economy.

These should be happy times for the housing sector. 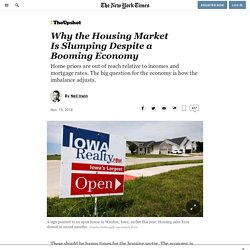 The economy is booming, with more people working at higher pay, and with the sizable millennial generation reaching prime home buying age. Instead, the housing market has gone soft, acting as a drag on the overall economy rather than as a force propelling it forward. Sales of new single-family homes were down 22 percent in September from their recent high in November 2017, and existing home sales in September were down 10 percent. Why house prices in global cities are falling - Buttonwood. CENTRE POINT, a tower that looms over central London, was empty for so long in the 1970s that it lent its name to a homelessness charity.

Recently it was converted from offices to flats. Half are yet to find buyers. Boise and Reno Capitalize on the California Real Estate Exodus. Photographer: Andy Anderson for Bloomberg Businessweek Julie D’Agostino spent 15 years in the San Francisco Bay Area working in tech and considers herself decidedly liberal. 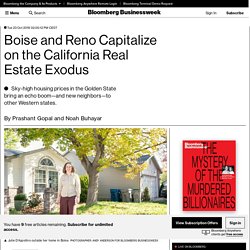