Great Teams Are About Personalities, Not Just Skills - Harvard Business Review - Pocket. At the start of 2016 Google announced that it had discovered the secret ingredients for the perfect team. 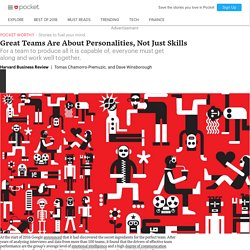 After years of analyzing interviews and data from more than 100 teams, it found that the drivers of effective team performance are the group’s average level of emotional intelligence and a high degree of communication between members. Google’s recipe of being nice and joining in makes perfect sense (and is hardly counterintuitive). Perhaps more surprising, Google’s research implies that the kinds of people in the team are not so relevant. While that may be true at Google, a company where people are preselected on the basis of their personality (or “Googliness”), this finding is inconsistent with the wider scientific evidence, which indicates quite clearly that individuals’ personalities play a significant role in determining team performance. In particular, personality affects: Are You a Highly Sensitive Person? - HSP Personality Traits, According to Dr. Elaine Aaron, PhD.

There Are Two Kinds of People: "Sorry" People and "Thank You" People. My relationship with the words “I’m sorry” changed drastically last year in a crowded New York restaurant. 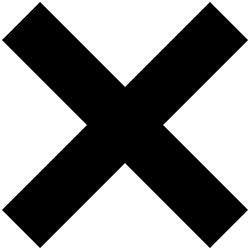 It was one of those places with dark walls and $15 cocktails, and six of us were squeezed into a table in the back. We were halfway through our bread basket when the friend who’d organized the dinner told us her old friend had decided to join last minute. The uptight side of me I work very hard to hide quietly panicked. Where will he sit? Are the servers going to get mad? I hesitated for a length of time indiscernible to the human eye, but technically a decade in anxiety years, and obliged. “It’s okay seriously!” The next day, in reappraising the moment, it became clear to me that the interaction had been about absolving her of guilt rather than acknowledging the favor I was doing her.

“Sorry” and “thank you” mean very different things, but they’re often used interchangeably in modern dialogue. Let’s break these phrases down. Why Do People Mistake Narcissism for High Self-Esteem? The "charismatic air" of narcissists-- from their flashy attire, to their self-assured behaviors, to their charming glances, to their witty humor-- often makes a big first impression. At the same time, people seem to be really good at accurately perceiving narcissism in others based on minimal information (even just physical appearance is usually enough of a cue to accurately perceive narcissism). Which raises an interesting question: why are narcissists-- which are characterized by extremely high levels of exhibitionism, arrogance, sense of superiority, vanity, entitlement, exploitativeness, and the incessant need for acclaim from others-- so attractive?

Canadian researchers Miranda Giacomin and Christian Jordan thought there might be more than meets the narcissistic eye. To shed further light on the allure of narcissism, they examined whether narcissists make positive first impressions because people may confuse narcissism for high self-esteem. Implications. 4 networking strategies for introverts. How can you uncover your best self? Start by judging other people. iStock Social scientists Todd Rose and Ogi Ogas (of the Harvard Graduate School of Education) study dark horses: the people who triumph against the odds, the winners nobody saw coming. 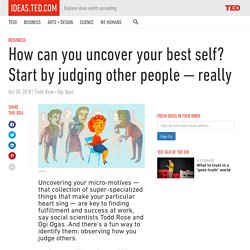 A dark horse can be an opera singer or a dog trainer, a hairstylist or a diplomat … or a sommelier, carpenter, puppeteer, architect, embalmer, chess grandmaster, midwife, art conservator, astronomer, landscape architect. (These are just some of the people that Rose and Ogas have interviewed as part of their Dark Horse project.) “The personalities of dark horses are just as diverse and unpredictable as you would find in any random sampling of human beings,” write Rose and Ogas.

How Perfectionism Can Be Destructive. A person living with an other-oriented perfectionist might feel criticized by the perfectionist spouse for not doing household chores exactly the “right” way. 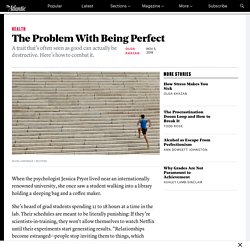 “One of the most common things couples argue about is the proper way of loading the dishwasher,” says Amy Bach, a psychologist in Providence, Rhode Island. Curran describes socially prescribed perfectionism as “My self-esteem is contingent on what other people think.” His study didn’t examine the causal reasons for its rise, but he posits that the rise of both standardized testing and social media might play a role. Qz. The world is being flooded with technology designed to monitor our emotions.

Amazon’s Alexa is one of many virtual assistants that detect tone and timbre of voice in order to better understand commands. CCTV cameras can track faces through public space, and supposedly detect criminals before they commit crimes. Autonomous cars will one day be able to spot when drivers get road rage, and take control of the wheel. But there’s a problem. While the technology is cutting-edge, it’s using an outdated scientific concept stating that all humans, everywhere, experience six basic emotions, and that we each express those emotions in the same way.

The science used to underpin most contemporary emotion-detecting technologies began with a grieving teenage boy. Paul Ekman set out to discover if humans experience a set of common emotions. When Ekman was 14 years old, his mother’s depression resulted in her suicide. By this time, the 1960s, Ekman wasn’t the only person to have gone searching.