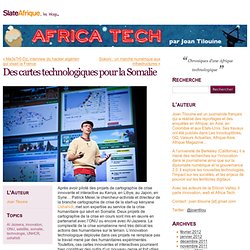 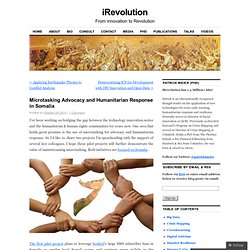 One area that holds great promise is the use of microtasking for advocacy and humanitarian response. So I’d like to share two projects I’m spearheading with the support of several key colleagues. I hope these pilot projects will further demonstrate the value of mainstreaming microtasking. Both initiatives are focused on Somalia. The first pilot project plans to leverage Souktel‘s large SMS subscriber base in Somalia to render local Somali voices and opinions more visibile in the mainstream media. I had catalyzed a partnership with Crowdflower during the PakReport deploy-ment last year and wanted to repeat this successful collaboration for Somalia. Our international media partner will help promote this initiative and invite comments in response to the content shared via SMS. Connecting people, tools and resources to support crisis response.

Detecting Emerging Conflicts with Web Mining and Crisis Mapping. My colleague Christopher Ahlberg, CEO of Recorded Future, recently got in touch to share some exciting news. 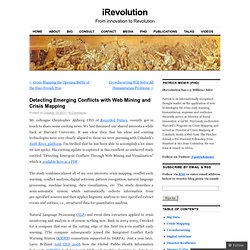 We had discussed our shared interests a while back at Harvard University. It was clear then that his ideas and existing technologies were very closely aligned to those we were pursuing with Ushahidi’s Swift River platform. I’m thrilled that he has been able to accomplish a lot since we last spoke. His exciting update is captured in this excellent co-authored study entitled “Detecting Emergent Conflicts Through Web Mining and Visualization” which is available here as a PDF.

The RecordedFuture system works as follows. 1. 2. 3. 4. 5. iRevolution. What is Crisis Mapping? An Update on the Field and Looking Ahead. I last updated my piece on A Brief History of Crisis Mapping some two years ago, well before the first International Conference on Crisis Mapping was held (ICCM 2009). 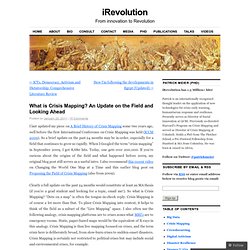 So a brief update on the past 24 months may be in order, especially for a field that continues to grow so rapidly. When I Googled the term “crisis mapping” in September 2009, I got 8,680 hits. Today, one gets over 200,000. If you’re curious about the origins of the field and what happened before 2009, my original blog post still serves as a useful intro. Fourth-Generation Early Warning Systems (Updated) This blog post follows the discussion on first-, second- and third-generation early warning systems from the previous post below. 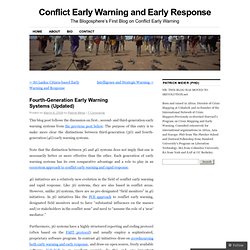 Like 3G systems, they are also based in conflict areas. Furthermore, 3G systems have a highly structured reporting and coding protocol (often based on the FAST protocol) and usually employ a sophisticated, proprietary software program. Invisible Children - Home. Resolve - Home. Invisible Children + Resolve. Syria Tracker. The Syrian War Crowdsourcing Experiment. Think of it as a DIY intelligence agency: An ambitious collaborative project is inviting volunteers to help crowdsource human rights intelligence from the Syrian rebellion. 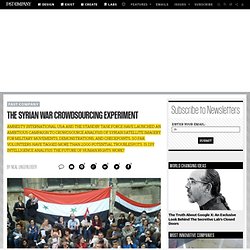 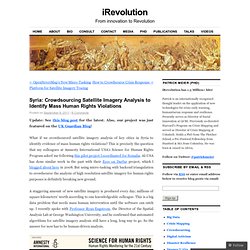 Also, our project was just featured on the UK Guardian Blog! What if we crowdsourced satellite imagery analysis of key cities in Syria to identify evidence of mass human rights violations? This is precisely the question that my colleagues at Amnesty International USA’s Science for Human Rights Program asked me following this pilot project I coordinated for Somalia.

AI-USA has done similar work in the past with their Eyes on Darfur project, which I blogged about here in 2008. Detecting Emerging Conflicts with Web Mining and Crisis Mapping.