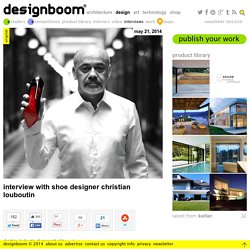 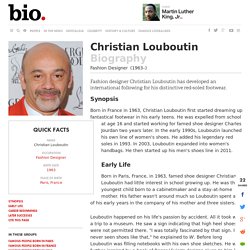 Synopsis Born in France in 1963, Christian Louboutin first started dreaming up fantastical footwear in his early teens. He was expelled from school at age 16 and started working for famed shoe designer Charles Jourdan two years later. In the early 1990s, Louboutin launched his own line of women's shoes. Salvatore ferragamo, the shoemaker to the stars. Who's Gone Bust in October 2014 - Centre for Retail Research, Nottingham UK. Who's Gone Bust in Retailing 2010-14? 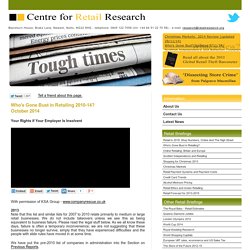 October 2014 Your Rights if Your Employer Is Insolvent With permission of KSA Group - www.companyrescue.co.uk 2013Note that this list and similar lists for 2007 to 2010 relate primarily to medium or large retail businesses. We do not include takeovers unless we see this as being equivalent to business failure. We have put the pre-2010 list of companies in administration into the Section on Previous Reports. 2007-2013 Review The twelve months of 2013 proved to be less bad (rather than good) for the retail industry than analysts (including me) had forecast. 2012 had been the worst year since 2008, with 54 retailers and almost four thousand stores affected.

Shoe addiction: what's the cure? Christina, Danielle, Paris and Imelda: what do these ladies have in common? 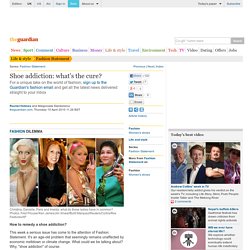 Photos: Fred Prouser/Ken James/Jim Smeal/Bullit Marquez/Reuters/Corbis/Rex Features/AP How to remedy a shoe addiction? This week a serious issue has come to the attention of Fashion Statement. Are we slaves to brands? Roger Vivier. Roger Vivier (1907–1998) was a French fashion designer who specialized in shoes. 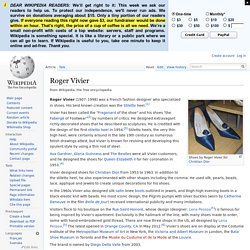 His best known creation was the Stiletto heel.[1] Jessica Simpson On Her $1 Billion Brand And Dealing With Critics. Halle Berry is latest celebrity to unveil line: Are shoe collections the new fragrances? By Lauren Paxman Updated: 15:29 GMT, 27 January 2012. 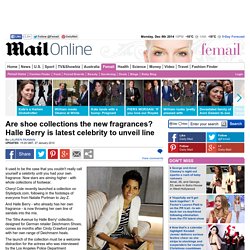 Rihanna boosts River Island sales. “A number of partners and landlords are looking to Britain and London in particular for strong brands that could work overseas.” 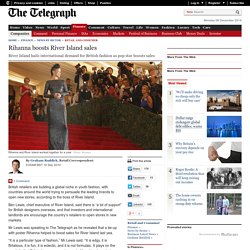 The 10 Most Successful Celebrity Fashion Lines, Ranked By Sales. Top 5 celebrity clothing lines: From Rihanna to Kelly Brook. From TOWIE star Gemma Collins to X Factor judge Tulisa Contostavlos, everyone who’s anyone has had a go at their own fashion line. 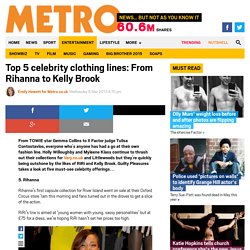 Holly Willoughby and Myleene Klass continue to thrash out their collections for Very.co.uk and Littlewoods but they’re quickly being outshone by the likes of RiRi and Kelly Brook. Guilty Pleasures takes a look at five must-see celebrity offerings… Why reality TV works. Encyclopedia Britannica. Media convergence, phenomenon involving the interconnection of information and communications technologies, computer networks, and media content. 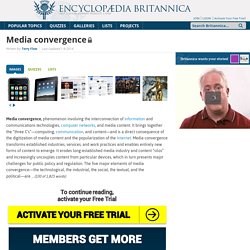 FT.com / Search. Marketing in the Digital Age - 2012 - Strategic Overview. Media and Advertising. Author and Page information Advertising is the art of arresting the human intelligence just long enough to get money from it. — Chuck Blore, a partner in the advertising firm Chuck Blore & Don Ruchman, Inc., quoted by Ben H. 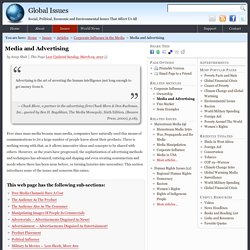 Bagdikian, The Media Monopoly, Sixth Edition, (Beacon Press, 2000), p.185. Ever since mass media became mass media, companies have naturally used this means of communications to let a large number of people know about their products. There is nothing wrong with that, as it allows innovative ideas and concepts to be shared with others. Various free media such as the numerous channels available in America and other nations are naturally subsidized with advertising to help pay the costs. As corporate competition has increased, so too has the need for returns on massive expenditures on advertising.

As a result, the mainstream media is largely driven by the forces of the market. FT 500 2013 - Financial Times. Top 30 media companies in the world: Google makes number one - Digital Intelligence daily digital marketing research. The report, from ZenithOptimedia ranked the firms in the world by media revenue, which it describes as “all revenues deriving from businesses that support advertising, not just the advertising revenue itself.” Google stands alone at the top of the list, with an estimated $37.9 billion in revenues, more than $10 billion ahead of its nearest competitor, The DirectTV Group. These were followed by News Corporation ($26.4bn), the Walt Disney Company ($19.7bn) and Comcast ($16.2bn).

Time Warner ($15.6bn) took the sixth spot, followed by Bertelsmann ($11.3bn), Cox Enterprises ($11.1bn), CBS Corporation ($10.8bn) and BSkyB ($10.2bn). Google’s commanding position within the online advertising market (of which search is the primary revenue driver) give it its edge over the traditional media and entertainment companies on the list. Media Conglomerates, Mergers, Concentration of Ownership. Some nations can influence and control their media greatly. In addition, powerful corporations also have enormous influence on mainstream media. In some places major multinational corporations own media stations and outlets. Often, many media institutions survive on advertising fees, which can lead to the media outlet being influenced by various corporate interests. Encyclopedia Britannica.

Media and marketing Media of all kinds are essential to the marketing of fashion. The first dedicated fashion magazines appeared in England and France in the late 18th century. In the 19th century, fashion magazines—such as the French La Mode Illustrée, the British Lady’s Realm, and the American Godey’s Lady’s Book—proliferated and flourished. Featuring articles, hand-coloured illustrations (known as fashion plates), and advertisements, fashion magazines—together with other developments such as the sewing machine, department stores, and ready-to-wear clothing produced in standard sizes—played a significant role in promoting the democratization of fashion in the modern era. The development of effective and inexpensive methods of reproducing photographs in print media in the early 20th century led to the rise of fashion photography and of heavily illustrated fashion magazines such as Vogue.