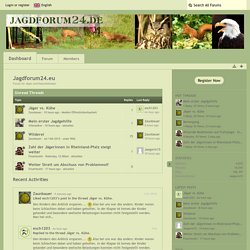 Verfeinert -Bauanleitungen - SERVICE - jagderleben.de. Die Kanzel mit dem Rück-Innen-Aufstieg haben wir in der PIRSCH bereits in ­Ausgabe 10/2000 vor­gestellt. Dr. Popsicle #15: A Period of Juvenile Properity by Mike Brodie « Little Brown Mushroom. While photographing baseball players a couple of weeks ago in North Carolina, I was reminded of why I have an aversion to photographing people in uniform. 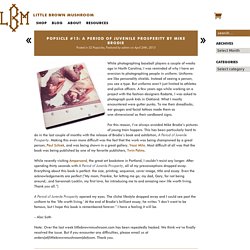 Uniforms are like personality shields. Instead of seeing a person, you see a type. But uniforms aren’t just limited to athletes and police officers. Der Vaugus Jagdhochsitz - flexibel, schnell, mobil, preiswert. LBM Tumblr. An exciting opportunity for five Junior Fellows to participate in a 3-day Image-Text Symposium at Ithaca College from June 11-14, 2014. 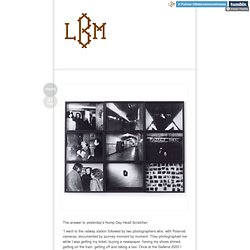 The symposium brings together eleven fellows: 6 nationally and internationally recognized practitioners – artists, writers, publishers, editors – and 5 early career artists, for a collaboration at the intersection of photography and writing in contemporary art and publishing. Across three days of experimentation, adventure and creative exchange, the group will develop material for an original art book publication to initiate an independent press associated with Ithaca College. This is not a scholarly event, but a collaborative encounter, in part a brainstorming session towards launching an image-text MFA program, and an opportunity to work with and learn from an emerging artist-and-writer community. 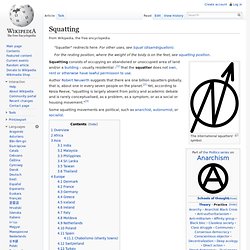 Vagrancy (people) Caricature of a tramp A vagrant or a vagabond is a person, often in poverty, who wanders from place to place without a home or regular employment or income. 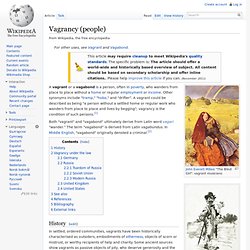 Other synonyms include "tramp," "hobo," and "drifter". A vagrant could be described as being "a person without a settled home or regular work who wanders from place to place and lives by begging"; vagrancy is the condition of such persons.[1] Both "vagrant" and "vagabond" ultimately derive from Latin word vagari "wander.

" The term "vagabond" is derived from Latin vagabundus. Pierce blog. Now it has arrived - this crossing of time, entering anew, passing a line. 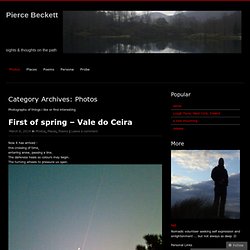 The darkness heals so colours may begin. Marysias blog. Global Nomad. Global nomad refers to people who are living an international lifestyle. 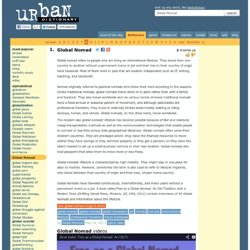 They travel from one country to another without a permanent home or job and their ties to their country of origin have loosened. Most of them work in jobs that are location independent such as IT, writing, teaching, and handicraft. Nomad originally referred to pastoral nomads who follow their herd according to the seasons. Unlike traditional nomads, global nomads travel alone or in pairs rather than with a family and livestock. Anthony Asael - Travel. Learn more about photography, Travel to off beaten tracks Interact with the local children and Experience the beauty of a local culture. 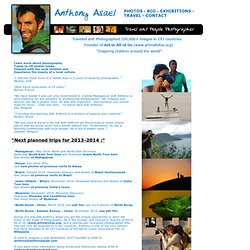 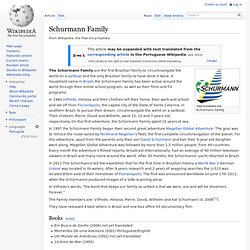 A household name in Brazil, the Schürmann Family has been active around the world through their online school program, as well as their films and TV programs. In 1984 Vilfredo, Heloisa and their children left their home, their work and school and set off from Florianópolis, the capital city of the State of Santa Catarina, in southern Brazil, to pursue their dream: circumnavigate the world on a sailboat.

Their children, Pierre, David and Wilhelm, were 15, 10 and 7 years old, respectively. On this first adventure, the Schürmann Family spent 10 years at sea. In 1997 the Schürmann Family began their second great adventure Magellan Global Adventure. In 2011 The Schürmanns led the expedition that for the first time in Brazilian history a World War II German U-boat was located in its waters. Books[edit] Films & TV[edit] RICHARD LONG walking/landart. 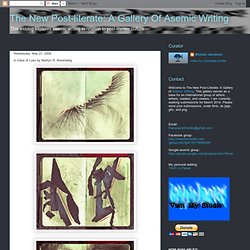 Fortress project_where the wild things are. Creative Cartography: 7 Must-Read Books about Maps. By Maria Popova From tattoos to Thomas More’s Utopia, or what Moby Dick has to do with the nature of time. We’re obsessed with maps — a fundamental sensemaking mechanism for the world, arguably the earliest form of standardized information design, and a relentless source of visual creativity. Today, we turn to seven fantastic books that explore the art and science of cartography from seven fascinating angles.

Map As Art, The: Contemporary Artists Explore Cartography is the definitive overview of today’s bravest, boldest creative cartography, featuring 360 colorful creations by well-known artists and emerging visual experimenteurs alike, including Brain Pickings favorites Maira Kalman, Paula Scher and Olaful Eliasson. Maps of the Imaginary. Maps of the Imaginary The Voyage of the Pequod What makes a world “imaginary”? And what makes a representation of such a world a “map”? When our example is the map of Middle Earth, then these questions have answers so obvious they don’t bear repeating; but when we cast our nets more widely, we soon run into problems. As the literary scholar Thomas Pavel reminds us, the fictionality of fictional worlds often lies in the eye of the beholder. Hawaiki. Hawaiki – a real island? Or a mythical place? The Way of the Nomad. One of my Christmas gifts this year was a book that I've wanted for a LONG time.... "Yurts: Living in the Round" by Becky Kemery.

I have been pouring over it...learning about the history of this amazing structure and also falling in love again with the wisdom of ancient cultures. You don't have to be a nomad to recognize the beauty of the nomadic life...there is much to be learned from people who are truly living. There is a section in the book that I've been thinking a lot about lately.

I wanted to share it with you because it describes my thoughts about simplicity so perfectly: The Central Asian nomads live with deep-rooted simplicity. Slab city. -1) BEFORE YOU EVEN GET HERE there are things to consider. Why do you even want to come and bother us in the first place? Well, OK, if you do, please don’t plan on camping out for more than a couple days, unless you’ve intent on rolling up your sleeves and helping us out with some labor, building an awesome sculpture, or catering to our personal whims. This isn’t a dumb-ass hippie commune. This is us, living life the way we want to. Global Nomads. The following are personal explorations of the global nomad experience. Being a Global Nomad: The Pros and Cons A look at the bright side and not-so-bright sides of growing up global. A primer for those who are contemplating an international move (or several) and wondering what long term effects their children may experience.

Nomads Life, Nomadic Tribes, Saami & Dukkah Nomads, Mongolia. Global nomad. The term is a neologism rarely encountered before the year 2000.[2] "Global nomads" travel from one country to another without a permanent home or job and their ties to their country of origin have loosened. Most of them work in jobs that are location independent such as IT, writing, teaching, and handicraft.[3] Nomad originally referred to pastoral nomads who follow their herd according to the seasons. Existential migration. Existential migration is a term coined by Greg Madison (2006) in Existential Analysis, the journal of the Society for Existential Analysis.

Snowbird (people) A snowbird is someone from the U.S. Northeast, U.S. Existential Migration: Is Travel An Existential Need? Feature Photo: Sarah Menkedick Photo: goingslo. Watch the film - Somewhere To Disappear. Synopsis Somewhere to Disappear is a 57 minute documentary in which Alec Soth is the hero. Hot Docs Trailers 2011: SOMEWHERE TO DISAPPEAR.