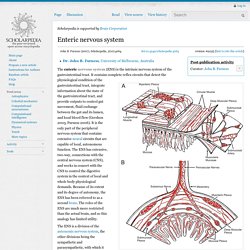 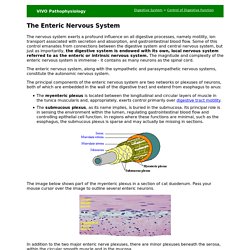 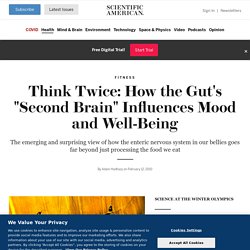 Underlying this sensation is an often-overlooked network of neurons lining our guts that is so extensive some scientists have nicknamed it our "second brain". A deeper understanding of this mass of neural tissue, filled with important neurotransmitters, is revealing that it does much more than merely handle digestion or inflict the occasional nervous pang. The little brain in our innards, in connection with the big one in our skulls, partly determines our mental state and plays key roles in certain diseases throughout the body. Enteric nervous system.