Me, myself, bye: regional alterations in glutamate and the experience of ego dissolution with psilocybin. The Physiology, Signaling, and Pharmacology of Dopamine Receptors. Alcohol shown to act in same way as rapid antidepressants. Yes. 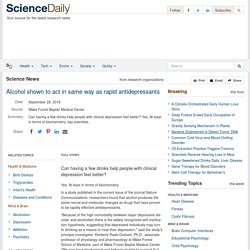 At least in terms of biochemistry. In a study published in the current issue of the journal Nature Communications, researchers found that alcohol produces the same neural and molecular changes as drugs that have proven to be rapidly effective antidepressants. "Because of the high comorbidity between major depressive disorder and alcoholism there is the widely recognized self-medication hypothesis, suggesting that depressed individuals may turn to drinking as a means to treat their depression," said the study's principal investigator, Kimberly Raab-Graham, Ph.D., associate professor of physiology and pharmacology at Wake Forest School of Medicine, part of Wake Forest Baptist Medical Center. "We now have biochemical and behavioral data to support that hypothesis. " This, however, does not at all suggest that alcohol can be regarded as an effective treatment for depression. Specific neurotransmitter receptor supports optimal information processing in the brain.

Researchers have been fascinated for a long time by learning and memory formation, and many questions are still open. 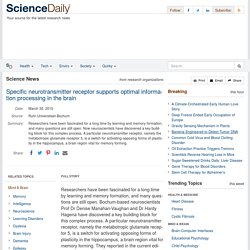 Bochum-based neuroscientists Prof Dr Denise Manahan-Vaughan and Dr Hardy Hagena have discovered a key building block for this complex process. A particular neurotransmitter receptor, namely the metabotropic glutamate receptor 5, is a switch for activating opposing forms of plasticity in the hippocampus, a brain region vital for memory forming.

They reported in the current edition of "The Journal of Neuroscience. " Synapses between neurons process different information The brain region surrounding the hippocampus is crucial for memory forming and for processing of spatial information. Magic mushroom ingredient psilocybin could be key to treating depression - studies. A single dose of psilocybin, the active ingredient of magic mushrooms, can lift the anxiety and depression experienced by people with advanced cancer for six months or even longer, two new studies show. 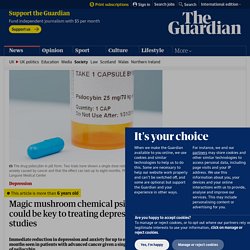 Researchers involved in the two trials in the United States say the results are remarkable. The volunteers had “profoundly meaningful and spiritual experiences” which made most of them rethink life and death, ended their despair and brought about lasting improvement in the quality of their lives. The results of the research are published in the Journal of Psychopharmacology together with no less than ten commentaries from leading scientists in the fields of psychiatry and palliative care, who all back further research. The Drug That Never Lets Go. Photo By @FatTonyBMX Dickie Sanders was not naturally prone to depression. 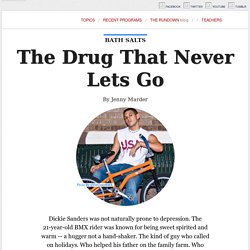 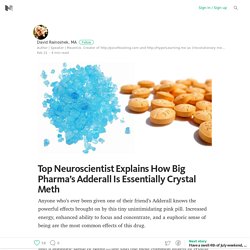 Neuroscientist: Meth Is Virtually Identical to Adderall—This Is How I Found Out. The long subway ride from DC’s airport to Silver Spring was unusually pleasant. 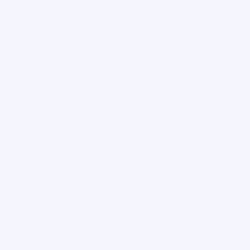 It had been about an hour since I had taken a low dose of methamphetamine. It was my 40th birthday—October 30, 2006—and I was headed to a National Institute on Drug Abuse (NIDA)-sponsored meeting. A friend, who had a prescription for the drug, had given me a couple of pills as a gift, knowing that I was an expert on amphetamines but had never actually taken any myself. I sat on the train feeling alert, mentally stimulated, and euphorically serene. And when the effects had worn off after a few hours, I thought, “that was nice,” worked out, and enjoyed a productive two-day meeting. So why is it, then, that the general public has such a radically different view of this drug? Perhaps it has something to do with public “educational” campaigns aimed at discouraging methamphetamine use.

Yeah, I know. In our study, we brought 13 men who regularly used methamphetamine into the lab. The NMDA receptor complex: a multifunctional machine at the glutamatergic synapse. N-methyl-D-aspartate receptors (NMDARs) are a major subtype of glutamate-gated ion channels at the excitatory synapses in the central nervous system (CNS), which mediate the flow of sodium (Na+) and calcium (Ca2+) ions into the cell and potassium ions (K+) out of the cell. 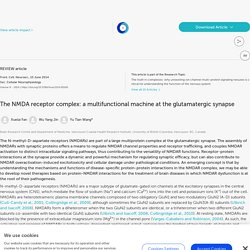