Forget Asking for Referrals, Occupy Your Client’s Brain. This copy is for your personal, non-commercial use only. 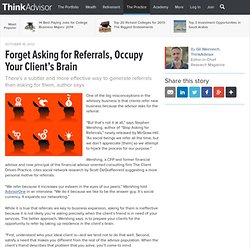 To order presentation-ready copies for distribution to your colleagues, clients or customers, click the "Reprints" link at the bottom of any article. October 16, 2012 There’s a subtler and more effective way to generate referrals than asking for them, author says One of the big misconceptions in the advisory business is that clients refer new business because the advisor asks for the referral. A CFP’s Mission: Educate and Empower Clients. Growing up with five rambunctious older brothers and five frisky sisters is good enough reason why Cheryl Young excels at martial arts. 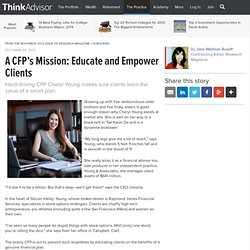 The Business Brain In Close-Up. First there was "neuroeconomics," a burgeoning field that uses brain scans to explore economic decisions, such as why we won't dump a dog stock. 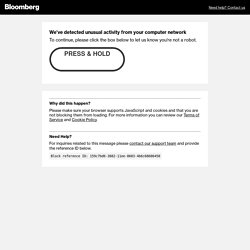 Then came "neuromarketing," the sometimes controversial technique of using functional magnetic-resonance imaging (fMRI) to study how our brains respond to pricey Super Bowl ads or, say, brand images of Coke (KO) or Pepsi (PEP). And now, thanks to an aspiring coaching guru, we have "neuroleadership. " The catchy term was coined last year by David Rock, a leadership consultant who has been importing notions from neuroscience to help explain managerial behavior. Rock is just one of a small but growing group of people connecting the two fields. Business school professors at Arizona State University and Emory University are working with neuroscientists to use electroencephalograph (EEG) machines and fMRIs to study the brain waves or images of executives rather than those of traditional undergraduates. Mind the gap: bridging economic and naturali... [Trends Cogn Sci. 2011. 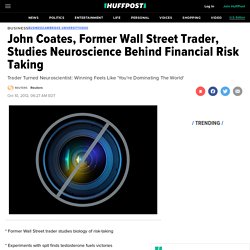 Brain anatomy - the hippocampus, hypothalamus, thalamus, amygdala, and basal ganglia. In Listening to Prozac: A Psychiatrist Explores Antidepressant Drugs and the Remaking of the Self (1993), Peter D. 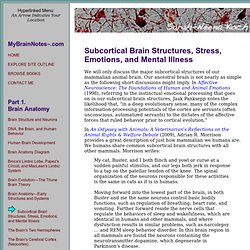 Kramer writes, "Kindling rewires the brain. … the brain reshapes itself anatomically in response to small noxious stimuli. … Kindling appears to be a kind of learning, but a learning that can occur independent of cognition. … Illness, once expressed, can become responsive to ever smaller stimuli and, in time, independent of stimuli altogether. 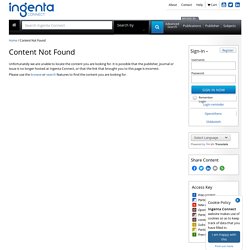 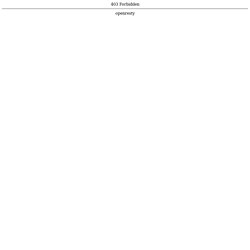 You may not have heard of her yet, but her work is even more intriguing than her title. The 31-year-old wunderkind of money and mind is a pioneer in the promising new field of neurofinance – a seemingly odd fusion of economics with neuroscience and psychology. Kuhnen, who grew up in Romania, has been working in this field since she was an undergraduate at MIT.

She earned a PhD in finance from Stanford and became an assistant professor of finance at Northwestern University in 2006. Her findings aren’t abstract theories that only work in a brain-scanning lab. Lack of Sleep Leads to Poor Financial Decisions. It’s no secret that a lack of sleep along with high levels of stress can have an adverse effect on your life, whether you’re trying to function at work or effectively raise your children. 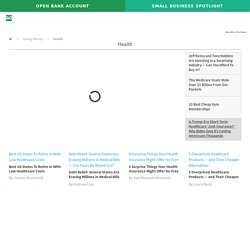 But many don’t know that living a lifestyle that includes little sleep and/or high levels of stress can also impact your financial decisions and ability to save money. Of course, making bad financial decisions can create sleepless nights and a cycle of stress that will guarantee you never find peace of mind. So how can you ensure you don’t find yourself tangled in this web? Learn more about the connection between sleep, stress and your money. Negative Effects of Stress on Financial Decision-Making Skills. Jason Zweig, Money Magazine: Your money and your brain - Aug. 23, 2007. (Money Magazine) -- For most purposes in daily life, your brain is a superbly functioning machine, steering you away from danger while guiding you toward basic rewards like food, shelter and love. 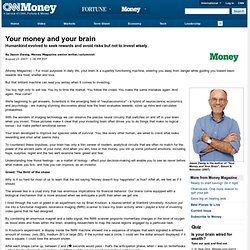 But that brilliant machine can lead you astray when it comes to investing. You buy high only to sell low. You try to time the market. You follow the crowd. You make the same mistakes again. How Our Aging Brain Affects Our Financial Decisions. You probably remember the Beatles' famous lament “Will you still need me, will you still feed me when I'm 64? 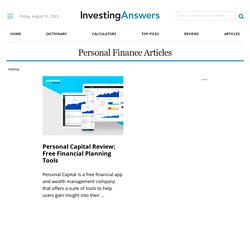 " But the kind of anxiety many people experience about aging should extend beyond their love life and dinner plate. As a slew of recent academic research shows, the ability to make crisp, clear financial decisions declines as people get older. In a May 2011 research report by David Laibson, Economics professor at Harvard University, claims that after age 60, our financial literacy and savvy declines -- no matter how well educated we are.

By age 80, nearly half the population suffers from cognitive deficits such as dementia that affect the ability to make sound financial decisions. Retirement Planning 2.0: Retrain Your Brain for Financial Success. Dismal market returns haven’t exactly created a tailwind for 401(k) and IRA portfolios over the last decade or so, but an equally pernicious -- and more entrenched -- problem is that our brains are messing with our retirement plans. “We are wired for financial defeat,” says Rapid City, South Dakota, certified financial planner Rick Kahler. Money and Happiness – The Frontal Cortex. Drake Bennett has an interesting and nuanced article in the Boston Globe Ideas section on money and happiness. To make a long story short, money can buy us some happiness, but only if we spend our money properly. Instead of buying things, we should buy memories:

Understanding the Financial Brain: the Goal of Neuroeconomics. When confronted with an economic or financial decision, how does our brain function and what makes it react in a particular way? 9 Money Strategies for Creative Thinkers. When financial adviser Paula Ann Monroe first developed the idea for her personal finance book, she ran a draft by her sister, a first-grade teacher. After looking it over, her sister put the draft down and said, "I don't read anything that doesn't have pictures! " That's what gave Monroe the idea that she should create a different kind of book about money management—one focused on visual references instead of words alone.