What is Tokenization? - Definition from Techopedia. Gene sind kein Schicksal, Blech. From Simple Receptors to Complex Multimodal Percepts: A First Global Picture on the Mechanisms Involved in Perceptual Binding. Using existing knowledge – psystrat. Exercise May Help Preserve Memory and Thinking Skills. Stuart Bradford Remaining physically active as you age, a new study shows, may help protect parts of your brain from shrinking, a process that has been linked to declines in thinking and memory skills. 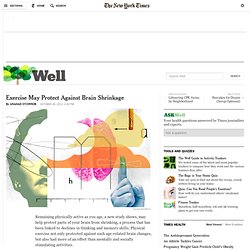 Physical exercise not only protected against such age-related brain changes, but also had more of an effect than mentally and socially stimulating activities. In the new report, published in the journal Neurology, a team at the University of Edinburgh followed more than 600 people, starting at age 70. Gestalt psychology.

Pin by Ulrich Weihler on Quotes. The roles of protein kinases in learning and memory. Didavision - Das menschliche Ohr. Your Brain on Food: How Chemicals Control Your Thoughts and Feelings, - Wellness and Complementary Medicine. Your Brain on Food is a book about the brain, drugs, and foods. 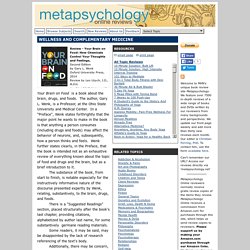 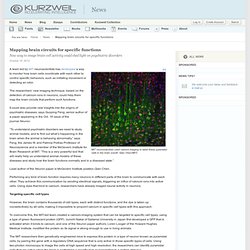 The researchers’ new imaging technique, based on the detection of calcium ions in neurons, could help them map the brain circuits that perform such functions. It could also provide new insights into the origins of psychiatric diseases, says Guoping Feng, senior author of a paper appearing in the Oct. 18 issue of the journal Neuron. “To understand psychiatric disorders we need to study animal models, and to find out what’s happening in the brain when the animal is behaving abnormally,” says Feng, the James W. and Patricia Poitras Professor of Neuroscience and a member of the McGovern Institute for Brain Research at MIT.

Lead author of the Neuron paper is McGovern Institute postdoc Qian Chen. Blue Brain Project Accurately Predicts Connections between Neurons. 26.09.12 - Proof of concept: researchers identify principles to support brain simulation models One of the greatest challenges in neuroscience is to identify the map of synaptic connections between neurons. 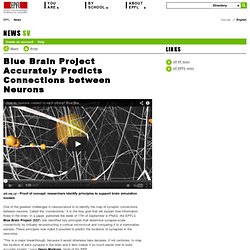 Called the “connectome,” it is the holy grail that will explain how information flows in the brain. In a paper, published the week of 17th of September in PNAS, the EPFL’s Blue Brain Project (BBP) has identified key principles that determine synapse-scale connectivity by virtually reconstructing a cortical microcircuit and comparing it to a mammalian sample. These principles now make it possible to predict the locations of synapses in the neocortex. First micro-structure atlas of the human brain completed. A European team of scientists have built the first atlas of white-matter microstructure in the human brain. 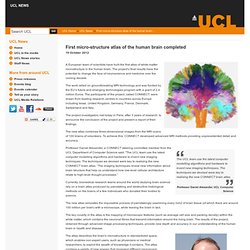 The project’s final results have the potential to change the face of neuroscience and medicine over the coming decade. The work relied on groundbreaking MRI technology and was funded by the EU’s future and emerging technologies program with a grant of 2.4 million Euros. The participants of the project, called CONNECT, were drawn from leading research centres in countries across Europe including Israel, United Kingdom, Germany, France, Denmark, Switzerland and Italy. The project investigators met today in Paris, after 3 years of research, to announce the conclusion of the project and present a report of their findings. The Brain CONNECT Project. Synchrone Oszillationen, zeitliche Codierung. 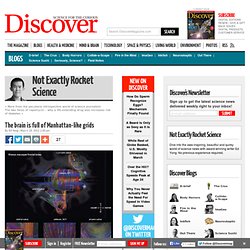 Glutamate and GABA Balance. Glutamate is an excitatory neurotransmitter. 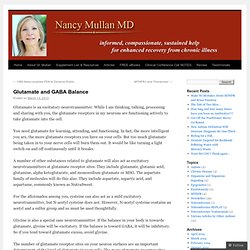 While I am thinking, talking, processing and sharing with you, the glutamate receptors in my neurons are functioning actively to take glutamate into the cell. You need glutamate for learning, attending, and functioning. In fact, the more intelligent you are, the more glutamate receptors you have on your cells. But too much glutamate being taken in to your nerve cells will burn them out. It would be like turning a light switch on and off continuously until it breaks. A number of other substances related to glutamate will also act as excitatory neurotransmitters at glutamate receptor sites. 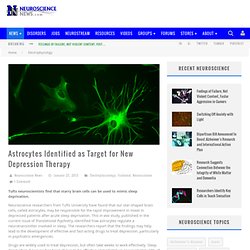 Neuroscience researchers from Tufts University have found that our star-shaped brain cells, called astrocytes, may be responsible for the rapid improvement in mood in depressed patients after acute sleep deprivation. This in vivo study, published in the current issue of Translational Psychiatry, identified how astrocytes regulate a neurotransmitter involved in sleep. The researchers report that the findings may help lead to the development of effective and fast-acting drugs to treat depression, particularly in psychiatric emergencies. 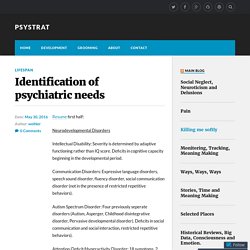