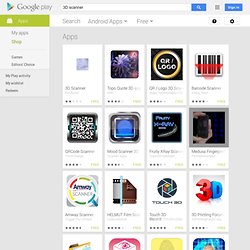 It can also be configured to unlock the Screen and/or the Phone at start-up. In Scanner mode, which is the default, placing your finger under the rear camera (the app uses both the camera's zoom and light to get a good image of your finger), you will see the camera input to the right of the screen. 3d gyroscope image format phone. Snapily 3D Animated Business Cards. Snapily 3D. Static.oculusvr.com/sdk-downloads/documents/Oculus_SDK_Overview_0.3.1_Preview.pdf.

Lens Blur for Windows Phone 8.0 - Nokia Lumia Developer's Library. Lens Blur is an example application using Nokia Imaging SDK Interactive Foreground Segmenter first to create a mask (foreground/background), after which a Lens Blur Effect (aka “bokeh”) is applied to the areas that were marked as background, using the user selectable blur kernel shape and size. 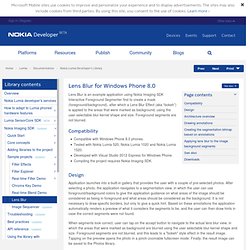 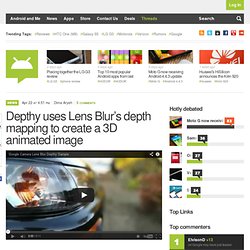 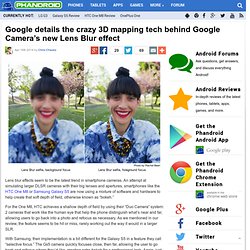 An attempt at simulating larger DLSR cameras with their big lenses and apertures, smartphones like the HTC One M8 or Samsung Galaxy S5 are now using a mixture of software and hardware to help create that soft depth of field, otherwise known as “bokeh.” For the One M8, HTC achieves a shallow depth of field by using their “Duo Camera” system: 2 cameras that work like the human eye that help the phone distinguish what’s near and far, allowing users to go back into a photo and refocus as necessary. As we mentioned in our review, the feature seems to be hit or miss, rarely working out the way it would in a larger SLR.

With Samsung, their implementation is a bit different for the Galaxy S5 in a feature they call “selective focus.” The Gs5 camera quickly focuses close, then far, allowing the user to go back and refocus where they’d like, creating extra bokeh for a professional look. [Google Research Blog] Continue reading: Extract Depth Map and Create 3D Parallax Images from Pics Taken with the Latest Google Camera App - xda-developersxda-developers. Lens Blur in the new Google Camera app. Posted by Dave Thau, Senior Developer Advocate Google's GeoEDU Outreach program is excited to announce the opening of the second round of our Geo Education Awards, aimed at supporting qualifying educational institutions who are creating content and curricula for their mapping, remote sensing, or GIS initiatives. 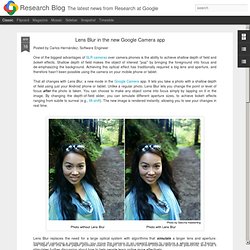 If you are an educator in these areas, we encourage you to apply for an award. To celebrate the first round of awardees, and give a sense of the kind of work we have supported in the past, here are brief descriptions of some of our previous awards. Nicholas Clinton, Tsinghua University Development of online remote sensing course content using Google Earth Engine Nick is building 10 labs for an introductory remote sensing class. Topics include studying electromagnetic radiation, image processing, time series analysis, and change detection. Declan G. Your News Source for all things Light Field. Lytro - Home. Part at T LG P925 Thrill 4G Back Rear 3D Cameras Module with Flex Cable. Ships Industry's First Dual Camera Module Able to Simultaneously Output Recorded Images and Depth Data. Through proven commitment, lasting relationships and advanced, reliable electronic components, Toshiba enables its customers to create market-leading designs. 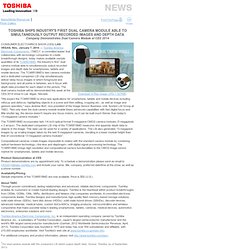 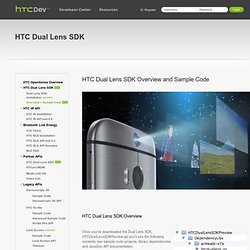 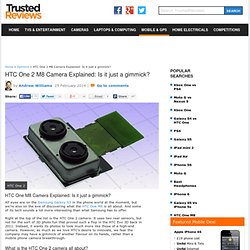 All eyes are on the Samsung Galaxy S5 in the phone world at the moment, but we're also on the eve of discovering what the HTC One M8 is all about. And some of its tech sounds a lot more interesting than what Samsung has to offer. Oculus Rift VR films are coming, and the Pantopticam is going to shoot them. Imagine watching a film where you can look anywhere in a full 360-degree sphere of vision. 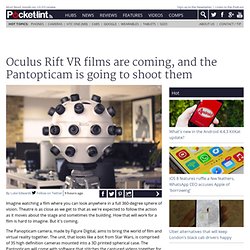 Theatre is as close as we get to that as we're expected to follow the action as it moves about the stage and sometimes the building. How that will work for a film is hard to imagine. But it's coming. The Panopticam camera, made by Figure Digital, aims to bring the world of film and virtual reality together. HTC Duo Camera explained: What is it and what will it do?

The HTC One (M8) is distinctive thanks to the appearance of an additional lens on the rear of the handset. 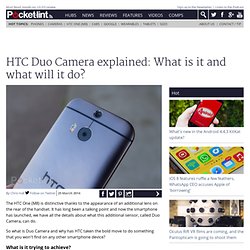