Another Transmission from The Reconnections. My Dear Friends: Your collective awareness has picked up the fact that you are about to unseat that Dictator of Consciousness called "Father Time. 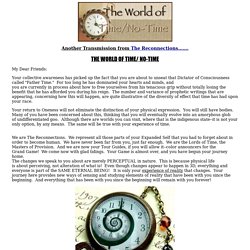 " For too long he has dominated your hearts and minds, and you are currently in process about how to free yourselves from his tenacious grip without totally losing the benefit that he has afforded you during his reign. The number and variance of prophetic writings that are appearing, concerning how this will happen, are quite illustrative of the diversity of effect that time has had upon your race. Your return to Oneness will not eliminate the distinction of your physical expression.

You will still have bodies. Many of you have been concerned about this, thinking that you will eventually evolve into an amorphous glob of undifferentiated goo. The upcoming shifts in your experience of Time will generally fall into two categories: You shall no longer use time to define yourself or your experience. Karen Finley, Ex-CEO Redflex, Pleads Guilty to Bribery. Karen Finley, former CEO of the Phoenix-based Redflex Traffic Systems, pleaded guilty today in federal court to an eight-year bribery-and-fraud scheme that helped the company retain photo-enforcement contracts with two Ohio cities. 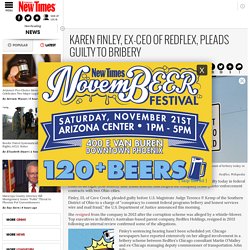 Finley, 55, of Cave Creek, pleaded guilty before U.S. Magistrate Judge Terence P. Kemp of the Southern District of Ohio to a charge of "conspiracy to commit federal programs bribery and honest services wire and mail fraud," the U.S. Department of Justice announced this morning. She resigned from the company in 2013 after the corruption scheme was alleged by a whistle-blower. Finley’s sentencing hearing hasn't been scheduled yet. O'Malley paid Bills hundreds of thousands of dollars in cash, plus rewarded him with travel, a Gilbert condominium and other goodies, in the long-running scheme to make sure Redflex kept its very lucrative photo-enforcement contract with the city of Chicago. Survivors of Organised and Institutional Abuse (SOIA). SOIA agrees with The Home Secretary, Theresa May MP, that this Inquiry is a “once in a generation opportunity” to expose what went wrong in institutions and public bodies and to prevent it from happening again 1 . 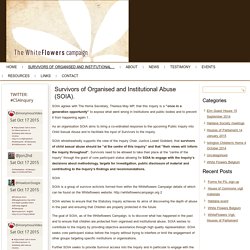 As an organisation SOIA aims to bring a co-ordinated response to the upcoming Public Inquiry into Child Sexual Abuse and to facilitate the input of Survivors to the Inquiry. SOIA wholeheartedly supports the view of the Inquiry Chair, Justice Lowell Goddard, that survivors of child sexual abuse should be “at the centre of this inquiry” and that “their views will inform the inquiry throughout”.

Survivors need to be allowed to take their place at the “centre of the inquiry” through the grant of core participant status allowing for SOIA to engage with the Inquiry’s decisions about methodology, targets for investigation, public disclosure of material and contributing to the Inquiry’s findings and recommendations. high level responses to actual and suspected organised abuse. A. PeaceKeeper UK Trust Fund. PeaceKeepers are members of the public who have had enough of the way our system keeps the most wanted criminals in our world free from justice. 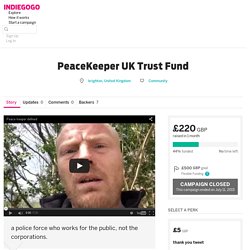 We are aware the current police forces are nothing more than corporations (for profit) and their hands are tied when it comes to arresting some of the worlds most heinous psychopaths walking our streets. What people do not know is, every human being is obligated under common law to arrest these criminals. It is not a job for corporate police officers.

It is a job for humanity. “Police and Criminal Evidence Act 1984 section 24A. Arrest without warrant: other persons. (2) Where an indictable offence has been committed, a person other than a constable may arrest without a warrant – 4974924 hd. Virgin orca infographic. Pastebin. OpDeathEaters-UK 26th April Day of Action. What Is Operation DeathEaters:FRONT: END THE SILENCE! 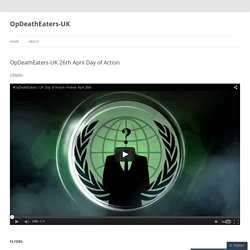 : WE DEMAND AN END TO IMPUNITY! : LONDON:Meeting time:12pmLocation is: Parliament SquareFaceBook: GLASGOW:Meeting Time: 12pmLocation is: George SquareFaceBook: CARDIFF:Meeting Time: 12pmLocation is: Cardiff CastleFaceBook: BRING FLAGS, FLYERS, BANNERS, DRUMS, WHISTLES, GUITARS, MEGAPHONES, TIN FLUTES, MARACAS, and ANYTHING else you can dig out of the cupboard to make your presense felt! TRY TO TURN UP BEFORE 12pm, as we want to end up at St. PLEASE BRING AS MANY FLYERS AS YOU CAN MANAGE (Available soon)! Regional Events are being announced, If you want to start an event in your area or want to get involved, CONTACT : >>> @OpDeathEatersUK<<< on Twitter.

#OpDeathEaters #CSAinquiry #Anonymous #AnonFamily Greetings citizens of the world. We are Anonymous. As the U.K. general election approaches, televised debates play out in public forums trying to win our favour. Because of this, Blair issued a D. OpDeatheaters is fully engaged. We are anonymous. Darkjournalist. OpDeathEaters. People Powered News. David Icke Videos.