Tommy Hilfiger — Charlie Rose. Hannah Fry: Aşkın matematiği. McCann Created an Escort Service That Had a Macabre Surprise for Anyone Who Tried It. Prostitution has always been fraught with the risk of violence, but today the internet provides broader scope and anonymity. 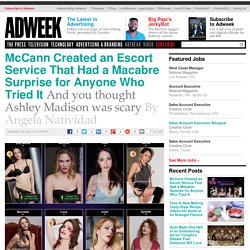 Alongside the sense of entitlement that some people get when they pay for something, this both strengthens the industry while making it harder to see its victims. That's why French organization Le Mouvement du Nid launched its own escort website, with help from McCann Paris. Wait, what...? At first glance, Girls of Paradise looks like a basic escort service. You can check out profiles and pictures, and opt to chat or call the women you're interested in before arranging a date. But the site's goal is to show clients that, by financing the industry, they're accomplices in the violence these women face. The reveal is made when clients initiate a chat or a phone call. Over 600 calls were taken in the first week, not to mention thousands of chat messages. That job is less simple. Young Entrepreneur Awards: Oscar Andres Mendez Gerardino, 32. Initiative: Conceptos Plasticos Country of impact: Colombia A Colombian enterprise that recycles plastic and transforms it into construction materials that are used to provide high-quality, safe, low-cost housing. 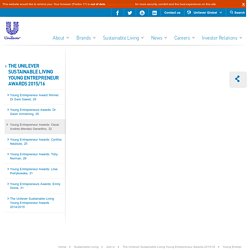 In Latin America, Africa and Asia 40% of people don’t have access to formal housing. Kodak’s Downfall Wasn’t About Technology. A generation ago, a “Kodak moment” meant something that was worth saving and savoring. 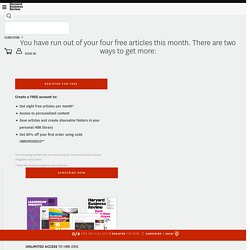 Today, the term increasingly serves as a corporate bogeyman that warns executives of the need to stand up and respond when disruptive developments encroach on their market. Unfortunately, as time marches on the subtleties of what actually happened to Eastman Kodak are being forgotten, leading executives to draw the wrong conclusions from its struggles. Given that Kodak’s core business was selling film, it is not hard to see why the last few decades proved challenging. Cameras went digital and then disappeared into cellphones. People went from printing pictures to sharing them online. AMAZON Are Expanding Their Plans for Actual, Physical Bookstores. The rise of Amazon is widely cited as one of the reasons that fewer and fewer physical bookstores remain in business. 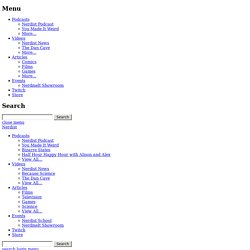 However, it appears that Amazon is looking to open another new physical bookstore, which could pave the way for an even bigger expansion down the line. Via Mashable, The Financial Times is reporting that Amazon is planning to create a new Amazon Books in Chicago, which coincides with previously announced plans for stores in San Diego, California and Portland, Oregon. The first Amazon Books was opened in Seattle back in 2015, and it appears to have been just the beginning of its expansion beyond the company’s website.

Four stores is a long way from the hundreds of Borders and Barnes & Noble locations that were set up across the country, but it’s been five years since Borders declared bankruptcy and closed, while Barnes & Noble has financially struggled. Image: Amazon. 5 Brilliant Talks on how Psychology Affects Design, UX, Branding, Marketing and Advertising. These Freakonomics-style talks about human behaviour will help you become a better designer or creative director. 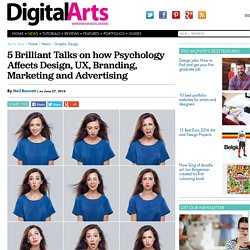 These five talks aren't specifically about design or branding or advertising – but by watching them you'll learn something about human psychology that'll make you better at what you do. Brand Religion: Is It a Bad Thing? The Science of Character (a new 8 min "Cloud Film")

Why Is It So Hard for Millennials to Become Content Strategists? People may throw eggs at me for this—or applaud me, depending on their age—but it’s hard out there for millennials. 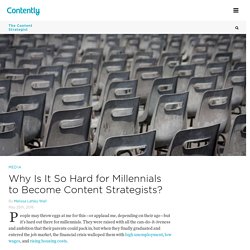 They were raised with all the can-do-it-iveness and ambition that their parents could pack in, but when they finally graduated and entered the job market, the financial crisis walloped them with high unemployment, low wages, and rising housing costs. The lesson that most millennials have learned is that in order to pay your absurdly high rent with gainful employment, you must: 1. 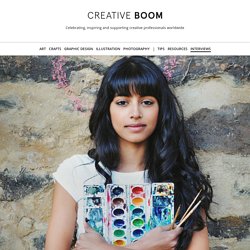 Inspired by nature, books and the colour and spirit of her native India, Meera's clients range from Urban Outfitters to NASA. Later this month, she is publishing her own book – a journal for self-exploration, entitled Start Where You Are. It's a mindfulness colouring book with a twist – it uses thoughtful prompts and hand-drawn illustrations to guide readers through lessons in introspection in order to gain inspiration, motivation, and a better understanding of themselves.

Meera is inspirational for those wanting to pursue a non-traditional route into art and illustration and she has a lot to say about how creativity can help those experiencing anxiety, confusion and loss of direction find a sense of self. Tell us how you got started. How The 2016 Olympic Logo and Font were Created. The Olympics is a place where dreams come true — including for designers, who create everything from the logos to the tickets, the mascots to medals for every Games.

To finish all of the Olympics collateral in time, the Olympic design committee outsources the different jobs to various local firms.