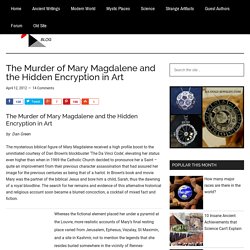 In Brown’s book and movie Mary was the partner of the biblical Jesus and bore him a child, Sarah, thus the dawning of a royal bloodline. The search for her remains and evidence of this alternative historical and religious account soon became a blurred concoction, a cocktail of mixed fact and fiction. Now cast into the role of a Hercule Poirot style forensic detective, I will try to explain how the evidence began to unfold. Spiritism. Allan Kardec, The Codifier of Spiritism Spiritism is a doctrine codified in the 19th century by the French educator Allan Kardec. 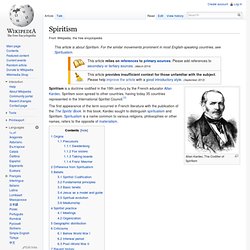 Spiritism soon spread to other countries, having today 35 countries represented in the International Spiritist Council.[1] Origins[edit] Spiritism is based on the five books of the Spiritist Codification written by French educator Hypolite Léon Denizard Rivail under the pseudonym Allan Kardec reporting séances in which he observed a series of phenomena that were attributed to incorporeal intelligence (spirits). His work was later extended by writers like Léon Denis, Gabriel Delanne, Arthur Conan Doyle, Ernesto Bozzano, Gustav Geley, Chico Xavier, Divaldo Pereira Franco, Waldo Vieira, Alexandr Aksakov, William Crookes, Oliver Lodge, Albert de Rochas, Amalia Domingo Soler and others. Precursors[edit] Edgar Cayce. Edgar Cayce (/ˈkeɪsiː/; March 18, 1877 – January 3, 1945) was an American psychic who allegedly possessed the ability to answer questions on subjects as varied as healing, reincarnation, wars, Atlantis and future events while in a trance. 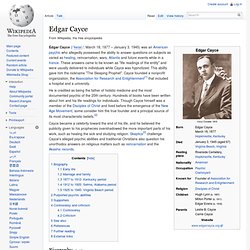 These answers came to be known as "life readings of the entity" and were usually delivered to individuals while Cayce was hypnotized. This ability gave him the nickname "The Sleeping Prophet". Cayce founded a nonprofit organization, the Association for Research and Enlightenment[1] that included a hospital and a university. Cayce became a celebrity toward the end of his life, and he believed the publicity given to his prophecies overshadowed the more important parts of his work, such as healing the sick and studying religion. Skeptics[3] challenge Cayce's alleged psychic abilities and traditional Christians also question his unorthodox answers on religious matters such as reincarnation and the Akashic records. 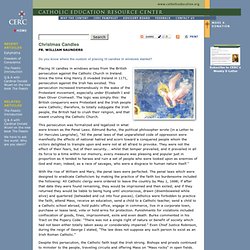 WILLIAM SAUNDERS Placing lit candles in windows arises from the British persecution against the Catholic Church in Ireland. Since the time King Henry II invaded Ireland in 1171, persecution against the Irish has existed. Reincarnation. Reincarnation is the religious or philosophical concept that the soul or spirit, after biological death, begins a new life in a new body that may be human, animal or spiritual depending on the moral quality of the previous life's actions. 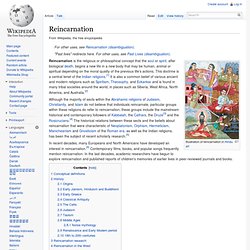 This doctrine is a central tenet of the Indian religions.[1] It is also a common belief of various ancient and modern religions such as Spiritism, Theosophy, and Eckankar and is found in many tribal societies around the world, in places such as Siberia, West Africa, North America, and Australia.[2] In recent decades, many Europeans and North Americans have developed an interest in reincarnation.[6] Contemporary films, books, and popular songs frequently mention reincarnation. In the last decades, academic researchers have begun to explore reincarnation and published reports of children's memories of earlier lives in peer-reviewed journals and books. Conceptual definitions[edit] Temple door depicting Dashavatar-the ten avatars, Sree Balaji Temple, Goa. Emerald Tablet. Chinese alchemy. Chinese alchemy is a part of the larger tradition of Taoist body-spirit cultivation that developed from the traditional Chinese understanding of medicine and the body. 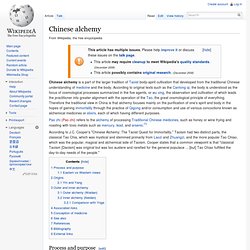 According to original texts such as the Cantong qi, the body is understood as the focus of cosmological processes summarized in the five agents, or wu xing, the observation and cultivation of which leads the practitioner into greater alignment with the operation of the Tao, the great cosmological principle of everything. Therefore the traditional view in China is that alchemy focuses mainly on the purification of one's spirit and body in the hopes of gaining immortality through the practice of Qigong and/or consumption and use of various concoctions known as alchemical medicines or elixirs, each of which having different purposes.

According to J.C. Process and purpose[edit] By refining bases into gold, the alchemist believed that immortal life would be delivered if the "fake" or synthetic gold was ingested. The Secret of the Golden Flower. Translations[edit] "Gathering the light" -- an illustration of the first stage of meditation There are significant differences between the Wilhelm and Cleary translations. Wilhelm was introduced to the work by his Chinese teacher,[2] while Cleary arrived at his own translation and interpretation. Some translations are given with the word mystery for the word secret in the treatise's title. Classic works of Chinese philosophy preserve a spectrum of pre-modern science, from a time when philosophy and science were less distinct than they appear to be now.[3] The foundations of their teachings often appear incompatible with modern science, yet the teachings are of significant efficacy in providing a degree of awareness that might otherwise remain obscured by modern society’s attention to more stringent standards of rational thought (for a further discussion of possible benefits, see Meditation). 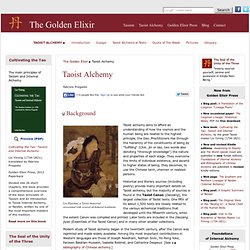