Why You Should Stay in Your Hometown. On the whole, it would appear to be for the best that the great majority of human beings should go on living in the place in which they were born. 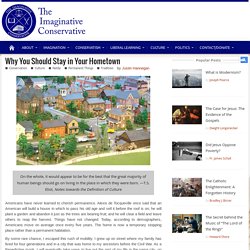 —T.S. Eliot, Notes towards the Definition of Culture Americans have never learned to cherish permanence. Alexis de Tocqueville once said that an American will build a house in which to pass his old age and sell it before the roof is on; he will plant a garden and abandon it just as the trees are bearing fruit; and he will clear a field and leave others to reap the harvest. Uber. O analiza din perspectiva Customer Retention. - This is Retention. 1. 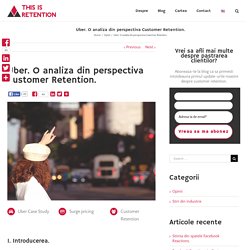 The internet is eating your memory, but something better is taking its place. This article was written by Saima Noreen from Goldsmiths, University of London and was originally published by The Conversation. 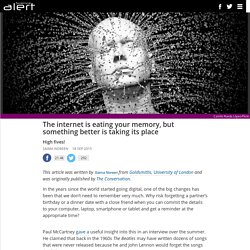 In the years since the world started going digital, one of the big changes has been that we don’t need to remember very much. Why risk forgetting a partner’s birthday or a dinner date with a close friend when you can commit the details to your computer, laptop, smartphone or tablet and get a reminder at the appropriate time? Paul McCartney gave a useful insight into this in an interview over the summer. The Pleasures of Adultery. Views: 8697 Brief Encounter, 1945 Part of the problem is how keen we are to say, at once, how deeply awful it is. 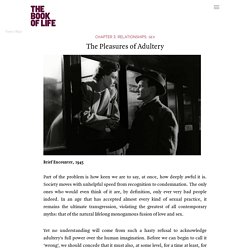 Society moves with unhelpful speed from recognition to condemnation. The only ones who would even think of it are, by definition, only ever very bad people indeed. In an age that has accepted almost every kind of sexual practice, it remains the ultimate transgression, violating the greatest of all contemporary myths: that of the natural lifelong monogamous fusion of love and sex. 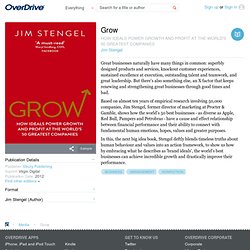 But there's also something else, an X factor that keeps renewing and strengthening great businesses through good times and bad. Based on almost ten years of empirical research involving 50,000 companies, Jim Stengel, former director of marketing at Procter & Gamble, shows how the world's 50 best businesses - as diverse as Apple, Red Bull, Pampers and Petrobras - have a cause and effect relationship between financial performance and their ability to connect with fundamental human emotions, hopes, values and greater purposes. Nu este disponibil. Flowers for Algernon. Flowers for Algernon is a science fiction short story and subsequent novel written by Daniel Keyes. 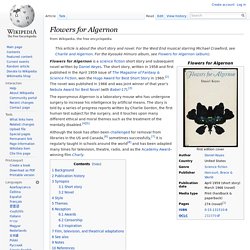 The short story, written in 1958 and first published in the April 1959 issue of The Magazine of Fantasy & Science Fiction, won the Hugo Award for Best Short Story in 1960.[2] The novel was published in 1966 and was joint winner of that year's Nebula Award for Best Novel (with Babel-17).[3] The eponymous Algernon is a laboratory mouse who has undergone surgery to increase his intelligence by artificial means.

The story is told by a series of progress reports written by Charlie Gordon, the first human test subject for the surgery, and it touches upon many different ethical and moral themes such as the treatment of the mentally disabled.[4][5] Background[edit] Different characters in the book were also based on people in Keyes's life. Publication history[edit] Synopsis[edit] Short story[edit] Novel[edit] Nic Pizzolatto. David and Goliath: Underdogs, Misfits and the Art of Battling Giants. Www.fspcol.com/ARTICULOS/Educativos/The Tipping Point How Little Things Can Make a Big Difference.pdf.

Cs.ecust.edu.cn/snwei/studypc/jsjdl/data/OutliersTheStoryOfSuccess.pdf. Www.cetteadressecomportecinquantesignes.com/Luigi.Serafini.-.Codex.Seraphinianus.pdf. Moral nihilism. Moral nihilism (also known as ethical nihilism) is the meta-ethical view that nothing is intrinsically moral or immoral. 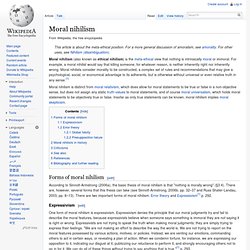 For example, a moral nihilist would say that killing someone, for whatever reason, is neither inherently right nor inherently wrong. Moral nihilists consider morality to be constructed, a complex set of rules and recommendations that may give a psychological, social, or economical advantage to its adherents, but is otherwise without universal or even relative truth in any sense.[1] Moral nihilism is distinct from moral relativism, which does allow for moral statements to be true or false in a non-objective sense, but does not assign any static truth-values to moral statements, and of course moral universalism, which holds moral statements to be objectively true or false. 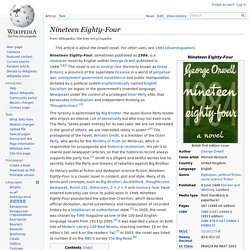 The Last Man in Europe was an early title for the novel but in a letter dated 22 October 1948 to his publisher Fredric Warburg, eight months before publication, Orwell wrote about hesitating between The Last Man in Europe and Nineteen Eighty-Four.[14] Warburg suggested changing the main title to a more commercial one.[15] Copyright status[edit]