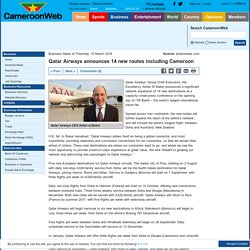 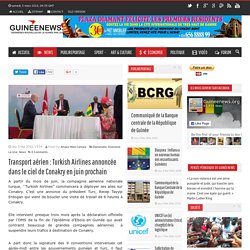 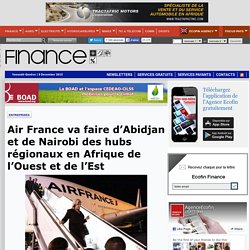 Celebrates success of Cairo route which helps bring more traffic between Germany and Egypt and offers additional travel opportunities for local travelers Lufthansa today announced that Cairo has been made the regional headquarters for European airline group's sales organization for North Africa and the Near East. 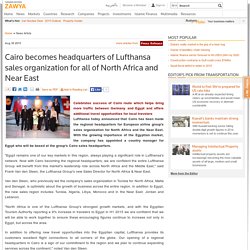 With the growing importance of the Egyptian market, the company has appointed a country manager for Egypt who will be based at the group's Cairo sales headquarters. "Egypt remains one of our key markets in this region, always playing a significant role in Lufthansa's network. Now with Cairo becoming the regional headquarters, we are confident the entire Lufthansa Group will benefit from this market's leadership role across North Africa and the Middle East," said Frank Van den Steen, the Lufthansa Group's new Sales Director for North Africa & Near East. 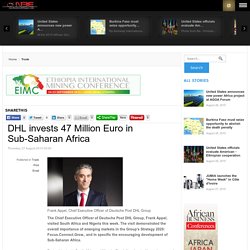 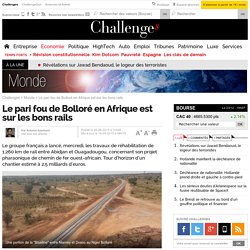 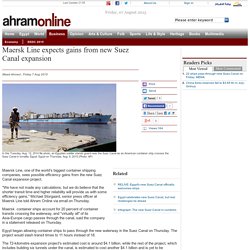 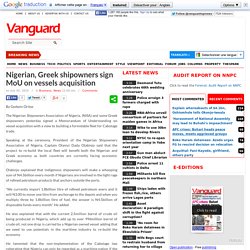 Speaking at the ceremony, President of the Nigerian Shipowners Association of Nigeria, Captain Olaniyi Dada Olabinjo said that the project to re-build the local fleet will benefit both the Nigerian and Greek economy as both countries are currently facing economic challenges. Lagos Now Headquarters of Lufthansa for Sub-Sahara Africa, Articles. A Lufthansa airplane By Chinedu Eze German based international carrier, Lufthansa has designated Lagos as the center and regional headquarters of its Sub-Saharan sales, station and administration organisation leading marketing and sales for the airline across the continent, including East African and Southern Africa countries. 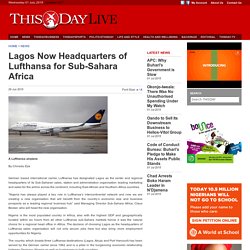 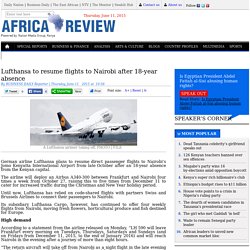 The airline will deploy an Airbus A340-300 between Frankfurt and Nairobi four times a week from October 27, raising this to five times from December 11 to cater for increased traffic during the Christmas and New Year holiday period. Maersk, owner of world’s largest container liner, targets Nigeria and Kenya ports in Africa expansion push. A.P. Moeller-Maersk A/S, owner of the world’s largest shipping container line, is seeking to win contracts to build and upgrade ports in Nigeria and Kenya as the Danish company expands its African operations. Maersk is awaiting a final sign-off on a contract to help build a new port in Badagry in Nigeria’s southern Lagos state, according to Lars Reno Jakobsen, the company’s senior vice president for Africa. Rien n'arrête la locomotive Bolloré. Bulgaria to export 4mn T Wheat to Africa by Egypt’s Logistics Centre.

Bulgaria is keen to invest in Damietta’s global logistics centre project, Bulgarian ambassador to Cairo, Rumen Petrov said. Petrov clarified that Sofia is seeking to use the Egyptian logistics centre to become a hub of Bulgaria’s wheat exports to the African markets, at amounts of 4 million tonnes annually. The ambassador made his remarks during his meeting with Egyptian Supply Minister Khaled Hanafy in the presence of other Egyptian and Bulgarian officials. Furthermore, Petrov clarified that he would invite Bulgarian businessmen to establish their investment projects in Damietta’s logistics centre, notably in fields of manufacturing and extracting oils.

Damietta will enjoy one of the most important logistics centres in the world owing to the planned mega projects to be there in addition to its strategic location, Petrov stated. L'empire Bolloré, des ports africains aux batteries au lithium - Les Echos. Avanti Leads Pan-African Aviation Project Powered by Satellite Technology. LONDON--(BUSINESS WIRE)--Avanti Communications has been appointed by the UK Space Agency to deliver a crucial air navigation project in Africa, SBAS-AFRICA, powered by satellite technology.

The leading satellite operator has been awarded the contract under the agency’s International Partnership Space Programme (IPSP), which exists to open up opportunities for the UK space sector to share expertise in real-world satellite technology and services overseas. “The Artemis satellite will play an integral role in this project. We expect that such a showcase for its performance, accuracy and quality will provide further evidence of what can be achieved with this technology and lead to significant commercial opportunities.” Matthew O’Connor, Chief Operating Officer at Avanti Communications, commented: “SBAS-AFRICA brings an innovative and pragmatic approach to deploying SBAS services in Africa.

He continued: “The Artemis satellite will play an integral role in this project. VIDEO: Online tracking tool for Africa-EU freight movements. Follow @SamJermy and @AfricaBizReview on Twitter. Traces, from the European Commission, is a free online management tool that tracks the movements of live animals, animal products, products of animal origin, animal by-products, food, feed and plants imported from places outside the European Union, such as Africa, and traded through the EU Member States. It is used in over 70 countries, the application is available in 33 languages and so far has 25,000 registered users. In 2013, Europe imported €4.35 million of food and live animals from West Africa and exported €3.32 million of food and live animals to the region. West African countries account for 40 percent of all trade between the EU and the African, Caribbean and Pacific region TRACES benefits: TRACES strengthens the cooperation with the EU partners, facilitates the trade, simplifying the administrative procedures, improves the risk management of health threats and enhances the safety of the food chain and animal health.

Follow @SamJermy and @SupplyChainD on Twitter. Lufthansa Cargo is strengthening its presence on the African continent in the 2014/2015 winter flight plan. Since mid-September, the freight airline has been flying to Lagos, Nigeria twice a week with the MD-11F. At the end of October, the Tunisian capital Tunis will also be incorporated into the route network.