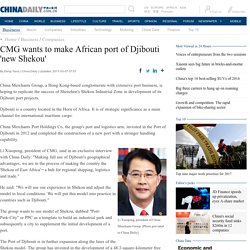 Djibouti is a country located in the Horn of Africa. It is of strategic significance as a main channel for international maritime cargo. China To Boost Aviation Sector In Africa. China plans to train at least 500 aviation personnel from Africa annually as part of efforts to boost the continent’s fast-growing aviation sector. 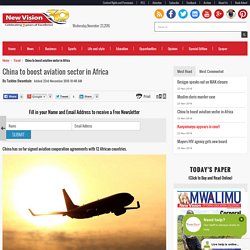 Discussions on revamping TAZARA to be held in Beijing – The Exchange. Carriers Ride China’s Wave of Africa Projects - Breakbulk Events & Media. By Eric Johnson Legendary Chinese navigator Zheng He sailed fleets of wooden ships across the Indian Ocean in the 15th century, blazing intercontinental sea trails for modern vessels now hauling breakbulk of all sorts between China and Africa. 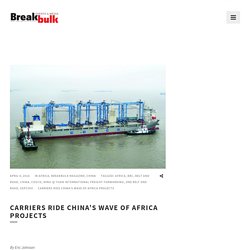 But today’s breakbulk-carrying liners and tramps, many serving Chinese engineering, procurement and construction companies, or EPCs, with projects in Africa and working closely with Chinese logistics partners, are traveling farther and accomplishing far more than Admiral Zheng ever imagined. Breakbulk is at the heart of a boom for China-Africa trade relations as well as major, Chinese-led infrastructure construction projects that are having an enormous impact on emerging economies from Angola to Zimbabwe. 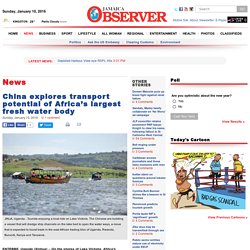 The Chinese are building a vessel that will dredge ship channels on the lake bed to open the water ways, a move that is expected to boost trade in the east African trading bloc of Uganda, Rwanda, Burundi, Kenya and Tanzania. ENTEBBE, Uganda (Xinhua) – On the shores of Lake Victoria, Africa’s largest fresh-water body, lies a ship, the largest of its kind seen on any inland water body in East Africa. Locals, old and young, stand by the fence to see the massive ship being built by Chinese to ply the lake shared by Uganda, Kenya and Tanzania and, by extension, Rwanda and Burundi. Chinese engineers working with local staff are putting final touches to the ship that is expected to move on the waters at the end of this month. CHINA HIGH SPEED RAIL FOR AFRICAN COUNTRIES. Africa World Airlines serving half of Ghana's aviation. 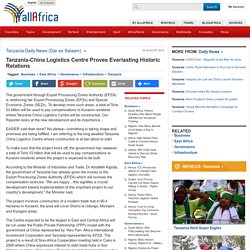 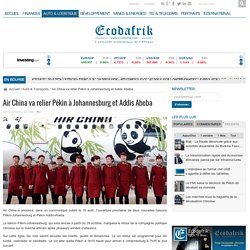 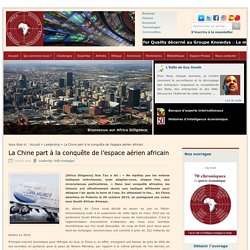 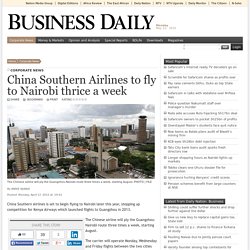 PHOTO | FILE China Southern Airlines is set to begin flying to Nairobi later this year, stepping up competition for Kenya Airways which launched flights to Guangzhou in 2013. The Chinese airline will ply the Guangzhou-Nairobi route three times a week, starting August. The carrier will operate Monday, Wednesday and Friday flights between the two cities using an Airbus A330-200 aircraft which can carry 300 passengers.

The airline is expected to officially announce details of the flight launch today. Kenya Airways launched daily, non-stop flights to Guangzhou in November 2013. Could 2015 Be The Year Chinese Airlines Settle In Africa? Thinkstock In recent years, Chinese airlines have grown in Australia, North America and Europe. 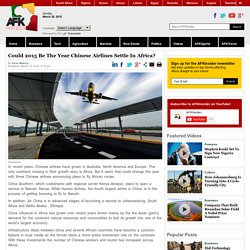 The only continent missing in their growth story is Africa. But it seem that could change this year with three Chinese airlines announcing plans to fly African routes. China Southern, which codeshares with regional carrier Kenya Airways, plans to open a service to Nairobi, Kenya, While Hainan Airlines, the fourth largest airline in China, is in the process of getting licensing to fly to Nairobi.

In addition, Air China is in advanced stages of launching a service to Johannesburg, South Africa and Addis Ababa , Ethiopia. China influence in Africa has grown over recent years driven mainly by the the Asian giant’s demand for the continent natural resources and commodities to fuel its growth into one of the world’s largest economy. China's airlines pivot towards Africa, after making inroads in Europe, North America and Australia.

There are three characteristics of China's airlines flying long-haul: first is the role of government pushing and often subsidising routes, even on outbound-heavy leisure flights, such as to Europe. 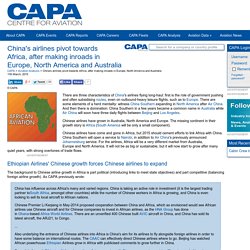 There are some elements of a herd mentality: witness China Southern expanding in North America after Air China. Six African countries bonded by China's high-speed rail dream｜Markets｜Business｜WantChinaTimes.com. A high-speed rail in Hohhot, Inner Mongolia, Jan. 8. (File photo/Xinhua) China has signed a deal to build a 480km railway link between Kenya's largest seaport of Mombasa and the capital Nairobi — the first stage of a line that will eventually link Tanzania, Uganda, Rwanda, Burundi and South Sudan, reports the Beijing News. The railway, built at a cost of US$3.8 billion, is the first to be built in Kenya in a century and will be designed with a transportation capacity of 25 million metric tons, based on China's rail standards. The cooperation between China, Kenya and other African countries represents the reciprocity between developing countries and mutual assistance between China and its friends, China's foreign minister Wang Yi said on Jan. 10 in Kenya on the first stop of an Africa tour.

China steps up drive to integrate Africa with Maritime Silk Road. China has accelerated its drive to draw Africa into the Maritime Silk Road — Beijing’s ambitious transcontinental initiative - following the visit to the continent by Foreign Minister Wang Yi. Among the several themes that were covered during Mr. Seychelles is the gateway to Africa for Chinese airlines.

The possibility for Seychelles to attract a commercial Chinese airline is today feasible because of the high inflow of travelers from China. The airline industry in China is more than ever conscious that the need for direct links to Seychelles is today on the cards of Chinese tourism operators. Seychelles has now found its place as one of the favorite holiday destinations for the Chinese holidaymakers seeking a new destination. China Eastern Airline is one airline which the Seychelles delegation, who were on a working visit to China, met and with whom they discussed direct air access between the two countries. With a volume of over 86 million passengers and a 10% annual growth rate, China Eastern Airlines Co. Business - Chinese-backed group to set up flying school for East Africa. Nairobi; Kenya: A Chinese government-backed investment firm has announced plans to set up an aviation training centre in Nairobi.

Tanzania‐China $31bn Logistics Centre Finally Unveiled. VENTURES AFRICA – The government of Tanzania has provided some Tshs 53 billion ($31.8 million) to compensate residents of Kurasini as part of its role in facilitating the construction of the long awaited Tanzania‐China Logistics Centre. The project itself will include the construction of a modern trade hub in about 60.4 hectares in Kurasini, thus producing what is expected to be the largest of such centers in East & Central Africa.

January 29th, 2014 News A Chinese company has shown interest in the privatisation of Cabo Verde’s flagship airline Transportes Aéreos de Cabo Verde (TACV), the archipelago’s minister for finance and Planning, Cristina Duarte said, cited by the Cape Verdean press. The minister, who did not name the Chinese company, said that the interest shown was due to TACV, as well as power and water company Electra – Empresa de Electricidade e Água, starting to post positive results after a long restructuring process. The minister noted that TACV is facing a more difficult financial situation than Electra, as 2012 was a “rather negative” year, which changed in 2013 when results “were far higher than those posted the previous year.” CCS_2_March_Daniel_Commentary_Africa.pdf.