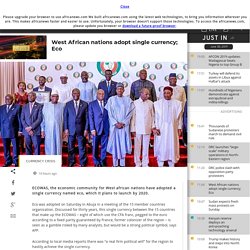 Eco was adopted on Saturday in Abuja in a meeting of the 15 member countries organization. Discussed for thirty years, this single currency between the 15 countries that make up the ECOWAS – eight of which use the CFA franc, pegged to the euro according to a fixed parity guaranteed by France, former colonizer of the region – is seen as a gamble risked by many analysts, but would be a strong political symbol, says AFP. 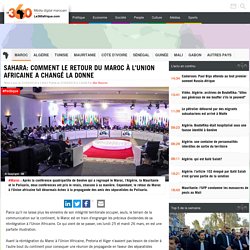 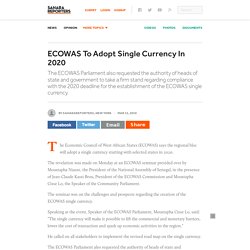 The revelation was made on Monday at an ECOWAS seminar presided over by Moustapha Niasse, the President of the National Assembly of Senegal, in the presence of Jean-Claude Kassi Brou, President of the ECOWAS Commission and Moustapha Cisse Lo, the Speaker of the Community Parliament. The seminar was on the challenges and prospects regarding the creation of the ECOWAS single currency. 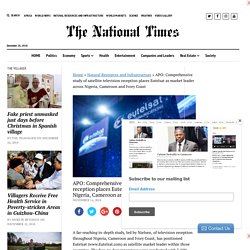 The face-to-face interviews were conducted with 3,000 households in Nigeria, 2,000 in Cameroun and 2,000 in Ivory Coast, representative of the population of the geographical area surveyed. Satellite television is high in the rankings Satellite television reception is the dominant technology in Ivory Coast reaching 68% of TV households (1.5 million households) and is also a major technology in Nigeria reaching 41% (10.3 million households) and in Cameroon with 38% households (1.3 million households). “Eutelsat is pleased to have established a strong presence in the regional audiovisual landscape, providing millions of households with access to a wide range of local and international channels. West Africa: Nigeria Contributes $710m to Ecowas, More Than 13 Countries Put Together. Photo: Vanguard Nigeria has contributed more money to the Economic Community of West African States (ECOWAS) than 13 other Members states put together in the last 12 years, statistics have shown. 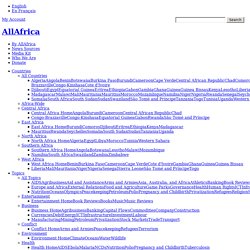 Statistics on payment of the Community Levy showed that between 2003 and 2015, Nigeria paid $710, 497,352, equivalent to 480, 355,205 West Africa Units of Account (UA). The West Africa UA is the official nominal monetary unit of measure or currency used to represent the real value. The document was presented by the ECOWAS Commission as part of the Status of the Community report during an Extra Ordinary Session of the ECOWAS Parliament. In the same period, 13 other countries contributed a cumulative amount of 697. 947 million dollars. ECOWAS gives update on single currency for region. Chairman of the ECOWAS Council of Ministers, Mr Geoffrey Onyeama says achieving the ECOWAS Single Currency by 2020 will be a challenge. 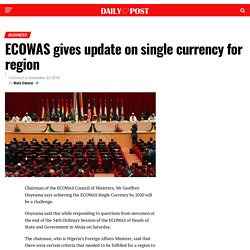 Onyeama said this while responding to questions from newsmen at the end of the 54th Ordinary Session of the ECOWAS of Heads of State and Government in Abuja on Saturday. The chairman, who is Nigeria’s Foreign Affairs Minister, said that there were certain criteria that needed to be fulfilled for a region to achieve single currency, and which were not yet fully addressed. “There is a roadmap, the convergence criteria that have to be satisfied before we can really get to the stage of a single currency. 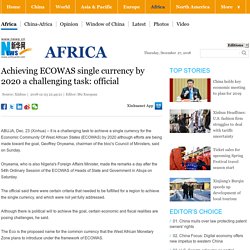 Onyeama, who is also Nigeria's Foreign Affairs Minister, made the remarks a day after the 54th Ordinary Session of the ECOWAS of Heads of State and Government in Abuja on Saturday. The official said there were certain criteria that needed to be fulfilled for a region to achieve the single currency, and which were not yet fully addressed. Although there is political will to achieve the goal, certain economic and fiscal realities are posing challenges, he said. The Eco is the proposed name for the common currency that the West African Monetary Zone plans to introduce under the framework of ECOWAS. Here's how much Ghana and Ivory Coast earn for producing cocoa - Finance - Pulse. 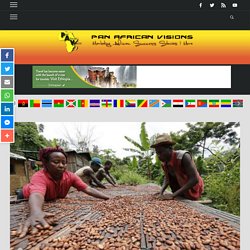 The harmonization will help the two countries in their quest to take a strong position on deciding the price of cocoa at the world market. The two countries have been collaborating in recent times on how to improve the income of farmers in the two major cocoa producing countries. Speaking as a panelist at the ongoing World Cocoa foundation meeting in Sao Paulo, Brazil, Mr Aidoo said a technical team has been set up between the two major cocoa producing countries to come out with the true cost of production per tonne and this they believe will serve as the basis of setting the floor price. “It’s unethical, unfair and we cannot talk about the sustainability of the industry when we are not paying the commensurate and rewarding price to farmers,” said Mr Aidoo. BBC, DSTV take up Pidgin English in Nigeria, Ghana — Quartz Africa. As global media brands push to expand their reach and audience, Pidgin English—a language spoken by millions across West Africa—is gaining currency. 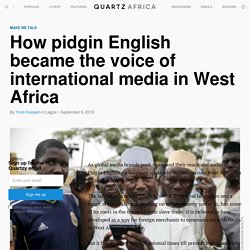 The language, a mix of English, words from local languages and a range of street slang depending on which country you’re in, has some of its roots in the trans-Atlantic slave trade: it is believed to have developed as a way for foreign merchants to communicate with locals in West Africa at the time. But it has endured through colonial times till present and is currently spoken by millions in the sub-region as an informal alternative to English particularly in urban areas with the working classes. While the use of Pidgin, also called “broken English”, might once have been a clear signifier of the speaker’s education level and class, popular culture has changed that over the decades since independence.

WFP Calls for More Investment in School Meals by West African Governments. The United Nations World Food Programme today urged governments in West Africa to invest more money in school meal programmes so these can act as a catalyst for improved economic and social welfare communities across the region. 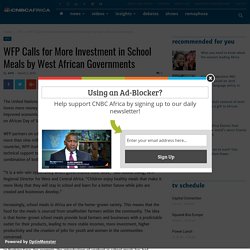 The call was made on African Day of School Feeding which is being celebrated for the third year in a row. WFP partners on school meals programmes with some 40 countries in Africa, providing more than nine million school children annually with daily meals in school. In some countries, WFP itself implements the school meals programme while in others it offers technical support to the government provider. After Morocco, Tunisia Looks to Join ECOWAS. Rabat – Tunisia is following in the footsteps of Morocco, setting its sights on joining the Economic Community of West African States (ECOWAS).

The announcement was made on August 22 by the Tunisian Head of Government Youssef Chahed during the Tunisian africain empowerment. According to the French magazine Jeune Afrique, ECOWAS is due to decide on whether to accept Tunisia’s membership during the organization’s conference in Lomé, Togo, scheduled for December. West Africa’s Gas Sector Becoming a Hive of Activity in 2018 - OilVoice. Africa is a relatively small producer of hydrocarbons for the world market, accounting for an estimated 9% of world oil output and less than 6% of gas production in 2016. African oil production fell marginally in 2016, from an estimated 9mn barrels per day (b/d) in 2015 to around 8.6mn b/d, owing to lower output from Nigeria, Gabon, Equatorial Guinea and South Sudan which more than offset the ramp-up in output in other African countries.

Output rose to an estimated 9.1mn bpd in 2017 following the return of Nigeria's Forcados pipeline to full production and higher output in Libya. Sub-Saharan Africa (SSA) hosts two of Africa's largest producers, Nigeria and Angola, who dominate output in the sub-region. Ecowas agrees to admit Morocco to West African body. West African regional group Ecowas has in principle approved Morocco's membership application despite the country being in North Africa. But Ecowas leaders meeting in Liberia said the implications of its membership still needed to be considered before Morocco could formally join. King Mohammed VI was not at the summit because Israel's Prime Minister Benjamin Netanyahu had been invited. Morocco's application comes after it rejoined the African Union in January. Morocco left the continental body in 1984 after it recognised the independence of Western Sahara.

West Africa: Ecowas Free Movement and Migration Project Launched in Accra. Photo: Uneca. Nigeria: Destination of choice for W. African immigrants. Free roaming goes live in five West African countries. Published on 31 March 2017 By Olusegun Ogundeji In line with the outcome of a meeting held in Kigali in April 2016, where African telecom regulatory authorities adopted the regional framework known as the African One Network, a free roaming project has been launched on Thursday 30 March 2017 among five West African countries. Accordingly, as from 31 March, calls made between nationals of Senegal, Mali, Burkina Faso, Guinea and Togo will be patched through a single network that allows for calls to be made and received at local rates, without roaming charges. The project is a response to decisions taken at the third meeting of an African Union Smart Africa initiative held in Addis Ababa in January 2016 aimed at fostering integration among African countries with a common market in the field of telecom and ICT.

West Africa: Ecowas Data Receiving Satellite in Accra to Monitor Fisheries Resources in Sub-Region. By Victor Owusu-Bediako The Economic Community of West African States (ECOWAS) has commissioned an earth observation data receiving satellite in Accra as part of measures to ensure sustainable use of fisheries resources in the sub-region. It will also be used to collect and provide fishermen with information to ensure their safety while at sea. The commissioning of the satellite formed part of the implementation of the ECOWAS Monitoring for Environment and Security in Africa (MESA) project, initiated in 2010 to ensure continuity of past investments on the use of earth observation data in Africa, among other objectives.

West Africa: 60 Percent of Stateless Persons in West Africa Are Women - NHRC. WAMA - Data and Statistics. West Africa: Nigerians Make Up More of 750,000 Stateless West Africans. By Chineme Okafor Abuja — The West African Civil Society Forum (WACSOF) has said that by virtue of Nigeria's population and emergence of insurgency in the North East in 2009, the country currently contributes more to the 750,000 people that the United Nations High Commission for Refugees (UNHCR) said are without legal bond to any state in the West African region. Speaking in Abuja during the recent launch of the outcome of its mapping of stateless persons and persons at risk of statelessness in North Eastern states of Nigeria, the Acting General Secretary of WACSOF, Auwal Ibrahim Musa aka Rafsanjani, stated that currently, there are no specific data on how many Nigerians have been rendered stateless by the Boko Haram insurgency in the North East, but that the number was huge.