Has ‘Diversity’ Lost Its Meaning? Adding to the ambiguity is the fact that the definition of ‘‘diversity’’ changes depending on who is doing the talking. 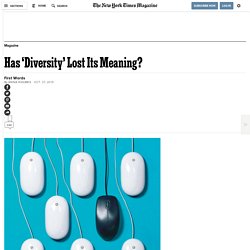 The dictionary will tell you that it is ‘‘the quality or state of having many different forms, types, ideas,’’ and the word is often used, without controversy, to describe things like the environment and stock-market holdings. But in reality — which is to say, when applied to actual people, not flora, fauna or financial securities — the notion of diversity feels more fraught, positioning one group (white, male Americans) as the default, and everyone else as the Other. Multiple studies suggest that white Americans understand “diversity” much differently than black Americans. Is American Economic Growth Over? (Thoughts on Robert Gordon's New Book) Robert J. 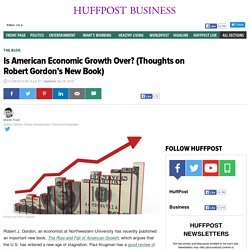 Gordon, an economist at Northwestern University has recently published an important new book, The Rise and Fall of American Growth, which argues that the U.S. has entered a new age of stagnation. Did the 2009 American Recovery and Reinvestment Act affect dietary intake of low-income individuals? A Pacific Institute for Research and Evaluation, United Statesb Department of Economics Hunter College, CUNY, United Statesc National Center for Health Statistics, United States Received 19 March 2015, Revised 7 August 2015, Accepted 24 August 2015, Available online 29 August 2015 Choose an option to locate/access this article: Check if you have access through your login credentials or your institution Check access. 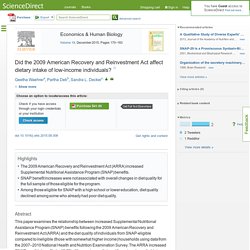 Liberalism, atheism, male sexual exclusivity linked to IQ. Racial Differences in Health Care Decision-Making. Blacks and Hispanics receive less information from their doctors than non-minorities do regarding the rationale for treatment decision-making, according to a new study by researchers from the Schools of Public Health and Medicine. 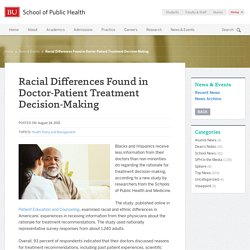 Overall, 93 percent of respondents indicated that their doctors discussed reasons for treatment recommendations, including past patient experiences, scientific research, and costs. The hidden inequality of who dies in car crashes. (Courtesy of Flickr user Miika Niemelä, under a Creative Commons license.) 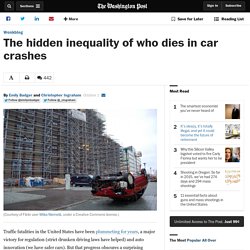 Traffic fatalities in the United States have been plummeting for years, a major victory for regulation (strict drunken driving laws have helped) and auto innovation (we have safer cars). But that progress obscures a surprising type of inequality: The most disadvantaged are more likely — and have grown even more likely over time — to die in car crashes than people who are well-off.

Study: White people react to evidence of white privilege by claiming greater personal hardships. Researchers at Stanford’s Graduate School of Business have found that white people respond to evidence that they are privileged by their race by insisting that they face greater hardships in life. 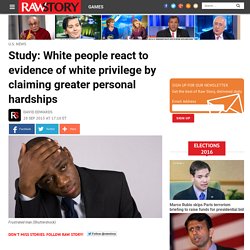 In a study published in the November issue of Journal of Experimental Social Psychology, L. Taylor Phillips and Brian S. Lowery point out that progress on racial equality is limited by the fact that many whites deny the existence of inequities. “Despite this reality, policy makers and power brokers continue to debate whether racial privilege even exists and whether to address such inequity,” the researchers noted. Our brain’s response to others' good news depends on empathy. The way our brain responds to others’ good fortune is linked to how empathetic people report themselves to be, according to new UCL-led research. 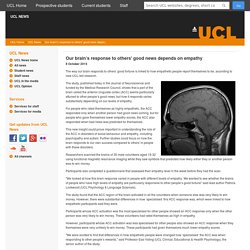 The study, published today in the Journal of Neuroscience and funded by the Medical Research Council, shows that a part of the brain called the anterior cingulate cortex (ACC) seems particularly attuned to other people’s good news, but how it responds varies substantially depending on our levels of empathy. For people who rated themselves as highly empathetic, the ACC responded only when another person had good news coming, but for people who gave themselves lower empathy scores, the ACC also responded when bad news was predicted for themselves. This new insight could prove important in understanding the role of the ACC in disorders of social behaviour and empathy, including psychopathy and autism. Further studies could focus on how the brain responds to our own success compared to others' in people with these disorders. 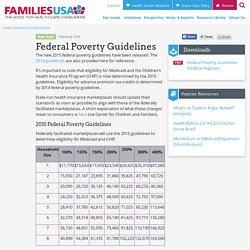 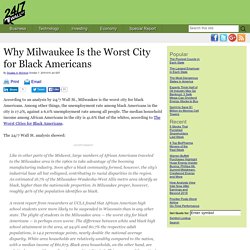 Among other things, the unemployment rate among black Americans in the city is 17.2%, against a 6.0% unemployment rate among all people. The median household income among African Americans in the city is 41.6% that of the whites, according to The Worst Cities for Black Americans. The 24/7 Wall St. analysis showed: Why Musicians Aren’t Paid More Fairly. Periodically I see these memes on Facebook: “If surgeons were paid like musicians…,” or “Hire a plumber for the same service and we’ll play for half that.” 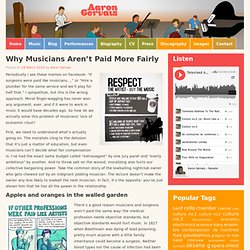 I sympathize, but this is the wrong approach. Moral finger-wagging has never won any argument, ever, and if it were to work in music it would have decades ago.