Megaupload. The company's founder, Kim Dotcom, has denied any wrongdoing, and the case against Dotcom, who is a resident of New Zealand, has been the subject of controversy over its legality.[5] The US judge handling the case has expressed doubts about whether the case will come to court.[6] Company and services[edit] The company's registered office was in Room 1204, on the 12th floor of the Shanghai Industrial Investment Building in Wan Chai, Hong Kong.[9][10] The company web services included: (a) Megaupload.com, a one-click hosting service; (b) Megapix.com, an image hosting; (c) Megavideo.com and Megalive.com, video hosting services; (d) Megabox.com, a music hosting service. 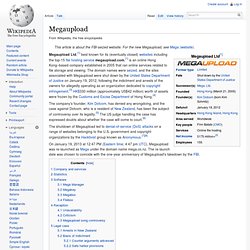 Other services included Megaclick, Megafund, Megakey and Megapay, all of which were advertisement and financial services. MEGA. Kim Dotcom. Kim Dotcom's Mega Goes Online at Mega.Co.Nz. After his dreams of a Me.ga domain were shot down by Gabon’s government, Kim Dotcom’s soon-to-relaunch Mega service has finally found its place online after the German confirmed that the Mega holding site is now live at New Zealand-based domain Mega.co.nz. 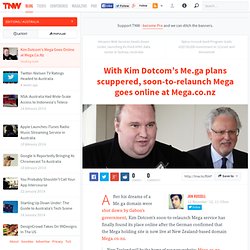 New Zealand will be the home of our new website: Mega.co.nz – Powered by legality and protected by the law.— Kim Dotcom (@KimDotcom) November 12, 2012 The site — which has been hosted on other domains over the past few weeks — offers an email sign-up to help users keep up with the latest news and launch of the service, while it also houses links and information for hosting partners, developers seeking APIs and financial investors. Dotcom had previously planned to grab the nicely fitting Me.ga domain but that plan was scuppered last week when the Gabon government — which claims .ga domains within its Web jurisdiction — suspended the domain because it didn’t want its country to be associated with “pirates”.

Who’s Afraid of Kim Dotcom? - Robert Amsterdam. Whenever a new case starts, it can be expected that the critics will come out. 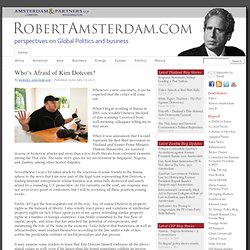 When I began working in Russia in 2003, you wouldn’t believe the kind of dire warnings I received from well-meaning colleagues telling me to stay away. When it was announced that I would represent the Red Shirt movement in Thailand and former Prime Minister Thaksin Shinawatra, we received dozens of hysterical attacks and more than a few death threats from extremist elements among the Thai elite. The same story goes for my involvement in Singapore, Nigeria, and Zambia, among other heated disputes. Mega explains why it cut off Mega-search site. 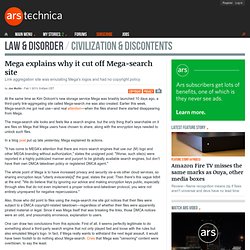 Earlier this week, Mega-search.me got real use—and real attention—when the files shared there started disappearing from Mega. The mega-search site looks and feels like a search engine, but the only thing that's searchable on it are files on Mega that Mega users have chosen to share, along with the encryption keys needed to unlock such files. In a blog post put up late yesterday, Mega explained its actions.

"It has come to MEGA's attention that there are micro search engines that use our (M) logo and other MEGA branding without authorization," states the unsigned post. "Worse, such site(s) were reported in a highly publicized manner and purport to be globally available search engines, but don't have their own DMCA takedown policy or registered DMCA agent. " MEGA. MEGA-SEARCH.ME - Le moteur de recherche collaboratif de MEGA / Annuaire de liens MEGA / Téléchargez sur MEGA.

How does it work in practice Copy your Unique Token Contact our Support Verify your token live The refund process will be completed within 72 hours. 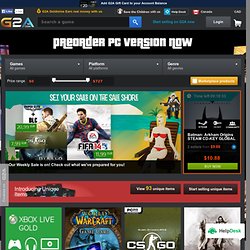 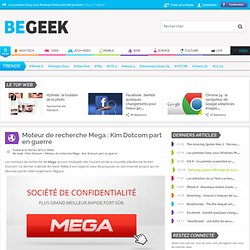 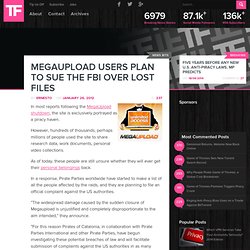 However, hundreds of thousands, perhaps millions of people used the site to share research data, work documents, personal video collections. As of today, these people are still unsure whether they will ever get their personal belongings back. In a response, Pirate Parties worldwide have started to make a list of all the people affected by the raids, and they are planning to file an official complaint against the US authorities.

“The widespread damage caused by the sudden closure of Megaupload is unjustified and completely disproportionate to the aim intended,” they announce. “For this reason Pirates of Catalonia, in collaboration with Pirate Parties International and other Pirate Parties, have begun investigating these potential breaches of law and will facilitate submission of complaints against the US authorities in as many countries as possible, to ensure a positive and just result.” Mega’s security not so mega? New tool reveals passwords stored in confirmation emails. Kim Dotcom’s new cloud storage and file-sharing site Mega is unquestionably a huge hit, racking up registrations like crazy. 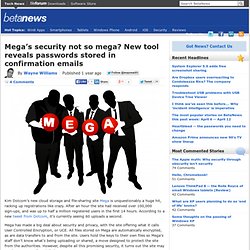 After an hour the site had received over 100,000 sign-ups, and was up to half a million registered users in the first 14 hours. According to a new tweet from Dotcom, it’s currently seeing 60 uploads a second. Mega has made a big deal about security and privacy, with the site offering what it calls User Controlled Encryption, or UCE. All files stored on Mega are automatically encrypted, as are data transfers to and from the site.

Users hold the keys to their own files so Mega’s staff don’t know what’s being uploading or shared, a move designed to protect the site from the authorities. According to cryptography researcher Steve Thomas, a "hash" of the password is included in the confirmation code sent from Mega when a user registers for the service. MegaUpload Dangerous Secrets affect YOU (ACTA PIPA SOPA part of NWO) Joint complaint of those affected by the closure of Megaupload service. Harvard Prof: MegaUpload Shutdown is an Attempt to Kill Technology. By Ernesto In the wake of the MegaUpload shutdown Bloomberg interviewed Yochai Benkler, Prof. of Entrepreneurial Legal Studies at Harvard and faculty co-director of the Berkman Center for Internet and Society. 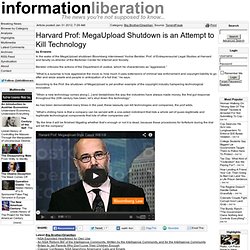 Benkler criticizes the actions of the Department of Justice, which he characterizes as “aggressive.” “What is a surprise is how aggressive the move is, how much it uses extensions of criminal law enforcement and copyright liability to go after and seize assets and people in anticipation of a full trial,” he says. According to the Prof. the shutdown of MegaUpload is yet another example of the copyright industry hampering technological innovation. “When a new technology comes along [...] and destabilizes the way the industries have always made money, the first gut response throughout the 20th century has been; let’s shut down this technology.” As has been demonstrated many times in the past, these lawsuits can kill technologies and companies, the prof adds. What's the controversial site Megaupload.com all about?

Former Megaupload users took to Twitter and other sites to complain that they'd lost legal material because of the crackdown. 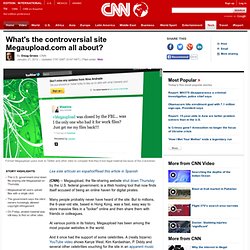 Kim Dotcom - The Interview. Kim Dotcom (KimDotcom) Dotcom. Megaupload used a freemium model which made it affordable for individuals and small businesses to use and "try out" the Internet cloud technology and only pay if they desired faster bandwidth and more robust storage. Megaupload's free cloud storage services were innovative, robust, and generous. Megaupload had a copyright agnostic user rewards program limited to, amongst other things, small files under 100 MB - to help introduce users to the cloud storage service. The rewards program did not promote copyright infringement and the small file size limit was a strong deterrent against program misuse. The amounts paid out were small and when the program was discontinued many months before the US action, it had no material effect on site traffic or revenue. [MAJ] Dites bonjour au nouveau Mega(upload) : il est arrivé et voici ce qu’il nous réserve. Enfin ! Plus d’un an après que Megaupload ait été stoppé par les autorités américaines, et son annonce en octobre dernier, durant les derniers mois Kim Dotcom a été taquin concernant le lancement de son nouveau service.

MegaUpload & Co : On achève bien les fraudeurs... Mais pourquoi diantre mettre en place des lois hautement liberticides au nom de la préservation du droit d’auteur ? Alors que l’on peut simplement arrêter et condamner les fraudeurs... heinh, pourquoi ? Where Kim Dotcom and Mega have the edge on Dropbox and Box.net. As a world (in)famous technologist with the literal last name “Dotcom,” Kim Dotcom is a man whose swag is matched only by the damages sought against him by the U.S. government. His filesharing site Megaupload was long the ire of record companies and movie studios, who say it was a massive and sprawling repository of pirated content. If the accusations are true, it was one of the more successful pirate operations in history.

At its peak, Megaupload saw approximately 7 percent of internet traffic and grossed over $150 million in annual revenue. But Megaupload’s incredible run ended in the fall of 2012 when the FBI forcefully took down the site and sought Kim’s extradition from New Zealand to face a litany of criminal charges. Five Great Alternatives to MegaUpload. Youhou !! Megaupload bientôt de retour ! ~ <b>A Perdre La Raison</b>