4 Financial Factors in Making the Part-Time College Calculation. ​A student can transition from full- to part-time status for any number of reasons. 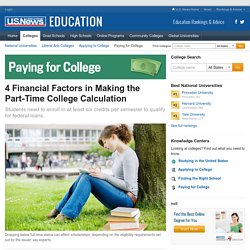 Illness, family problems, stress, work – all may necessitate a semester or two of pumping the brakes on college. But downshifting to part-time enrollment affects financial aid in myriad ways, from federal loan eligibility to scholarships and even long-term debt repayment. "Students should always check with their schools before dropping down to part-time status, especially if it's after a semester has started, as it could be a costly mistake," said Marty Somero, director of financial aid at the University of Northern Colorado, in an email.

[Avoid these money mistakes for part-time students, full-time workers.] ​ Here’s how reducing credit hours affects four important aspects of the student financial aid package: grants, loans, scholarships and long-term repayment. Want Latest/Greatest or Best Price? Here’s When You Should Buy Tech Gear in 2016. If you’ve got an aging smartphone, tablet, laptop, camera, TV, or other piece of tech gear, you might be thinking about replacing it sometime this year. 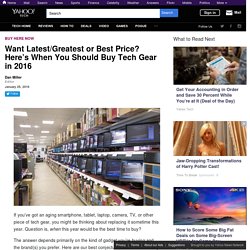 Question is, when this year would be the best time to buy? The answer depends primarily on the kind of gadget you’re buying and the brand(s) you prefer. Here are our best conjectures about when to buy the hardware and other tech stuff you want this year. Mobile devices When it comes to smartphones and tablets, the best time to get the latest/greatest and the best time to get a great deal are often one and the same. Of course, we don’t yet know when the major mobile vendors will release new gadgets this year. Apple: For the past four years, the company has released new iPhone(s) in September. For iPads, the timing is similar but later: For the past four years, new iPad models shipped in late October or early November.

Last year’s models. Google: The Android vendor typically releases new Nexus phones in October. Computers HDTVs Cameras Gaming. 40 Things You Shouldn't Do When You're Broke. No one wants to be broke. 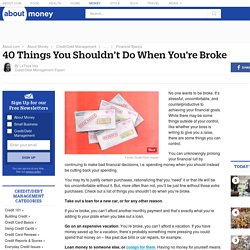 It’s stressful, uncomfortable, and counterproductive to achieving your financial goals. While there may be some things outside of your control, like whether your boss is willing to give you a raise, there are some things you can control. You can unknowingly prolong your financial lull by continuing to make bad financial decisions, i.e. spending money when you should instead be cutting back your spending. You may try to justify certain purchases, rationalizing that you “need” it or that life will be too uncomfortable without it. But, more often than not, you’ll be just fine without those extra purchases. Take out a loan for a new car, or for any other reason.

If you’re broke, you can’t afford another monthly payment and that’s exactly what you’re adding to your plate when you take out a loan. Go on an expensive vacation. Loan money to someone else, or cosign for them. Spend money on non-necessities. Untitled. We will be down for maintenance at 10PM PST and be back shortly after. 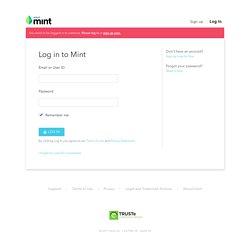