Do you want to get a terminal degree in MUSICOLOGY 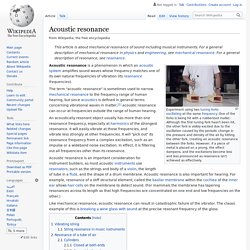 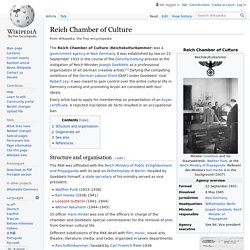 It was established by law on 22 September 1933 in the course of the Gleichschaltung process at the instigation of Reich Minister Joseph Goebbels as a professional organization of all German creative artists.[1] Defying the competing ambitions of the German Labour Front (DAF) under Goebbels' rival Robert Ley, it was meant to gain control over the entire cultural life in Germany creating and promoting Aryan art consistent with Nazi ideals. 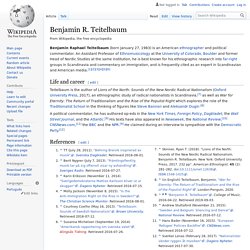 An Assistant Professor of Ethnomusicology at the University of Colorado, Boulder and former Head of Nordic Studies at the same institution, he is best known for his ethnographic research into far-right groups in Scandinavia and commentary on immigration, and is frequently cited as an expert in Scandinavian and American media.[1][2][3][4][5][6] Life and career[edit] Reich Chamber of Music. Cetalingua Project. The Nelson Riddle Collection - The Collection. N 1998, the University of Arizona received an endowment on behalf of the estate of the late Naomi Riddle, widow of the famed composer and arranger Nelson Riddle. 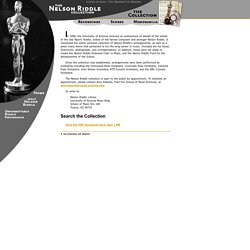 In, from and beyond Germany. Prominent theorists have decried the 'death' of comparative literature and have pronounced the beginning of a new era 'after' its great theoretical models. 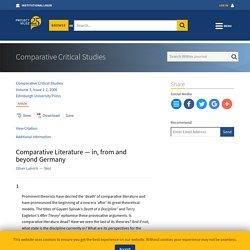 The titles of Gayatri Spivak's Death of a Discipline1 and Terry Eagleton's After Theory2 epitomise these provocative arguments. Is comparative literature dead? Have we seen the last of its theories? Música criolla. Música Criolla or Canción Criolla is a varied genre of Peruvian music that exhibits influences from European, African and Andean music. 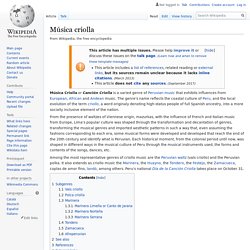 The genre's name reflects the coastal culture of Peru, and the local evolution of the term criollo, a word originaly denoting high-status people of full Spanish ancestry, into a more socially inclusive element of the nation. From the presence of waltzes of Viennese origin, mazurkas, with the influence of French and Italian music from Europe, Lima's popular culture was shaped through the transformation and decantation of genres, transforming the musical genres and imported aesthetic patterns in such a way that, even assuming the fashions corresponding to each era, some musical forms were developed and developed that reach the end of the 20th century and identify what is Peruvian. Among the most representative genres of criollo music are the Peruvian waltz (vals criollo) and the Peruvian polka. Subgenres[edit] Vals criollo[edit] Untitled. Charles Calello. 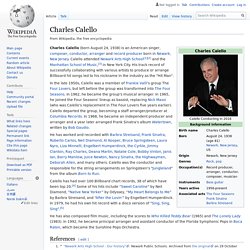 Calello attended Newark Arts High School[1][2] and the Manhattan School of Music,[3] in New York City. His track record of successfully collaborating with various artists to produce or arrange Billboard hit songs led to his nickname in the industry as the "Hit Man". Untitled. Untitled. Joscelyn Godwin. Joscelyn Godwin (born 16 January 1945 at Kelmscott, Oxfordshire, England) is a composer, musicologist, and translator, known for his work on ancient music, paganism, and music in the occult. 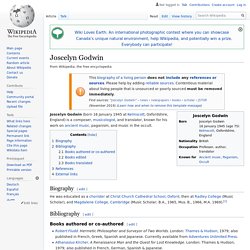 Biography[edit] He was educated as a chorister at Christ Church Cathedral School, Oxford, then at Radley College (Music Scholar), and Magdalene College, Cambridge (Music Scholar; B.A., 1965, Mus. B., 1966, M.A. 1969).[1] Bibliography[edit] Books authored or co-authored[edit] Advertisements for the unexperienced planters of New-England, or any where. Or, The path-way to experience to erect a plantation With the yearely proceedings of this country in fishing and planting, since the yeare 1614. to the yeare 1630. and their prese. 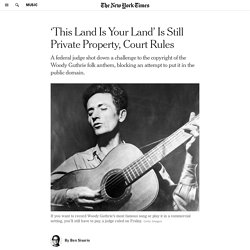 In the case, a young musical group called Satorii sued the song’s publishers, Ludlow Music and the Richmond Organization, after paying $45.50 for a license to release a cover version of “This Land Is Your Land,” which Guthrie wrote in 1940. In their complaint — filed by the same lawyers behind the “Happy Birthday” and “We Shall Overcome” suits — the group used a detailed timeline of decades-old paperwork and Guthrie’s own hand-decorated songbooks to argue that Guthrie had essentially forfeited his copyright to the song decades ago by failing to renew it properly.

They asked for the song’s copyright to be declared invalid, which would have put “This Land” in the public domain. But for “This Land,” the case ended up hinging on other legal details. Mark C. Paul V. Untitled. List of pre-1920 jazz standards. Jazz standards are musical compositions that are widely known, performed and recorded by jazz artists as part of the genre's musical repertoire. 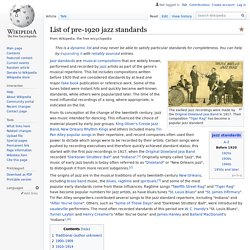 This list includes compositions written before 1920 that are considered standards by at least one major fake book publication or reference work. List of pre-1920 jazz standards. Untitled. Musician and performer Daniel Decatur Emmett was born in Mount Vernon, Ohio, on October 29, 1815. As a child, Emmett had an interest in music. He taught himself how to play the fiddle and began composing his own songs. Untitled. "Cindy" ("Cindy, Cindy") is a popular American folk song.

According to John Lomax, the song originated in North Carolina. [citation needed] In the early and middle 20th century, "Cindy" was included in the songbooks used in many elementary school music programs as an example of folk music. Untitled. "Dixie" had originated in the minstrel shows of the 1850s and quickly became popular throughout the United States. During the American Civil War, it was adopted as a de facto national anthem of the Confederacy. New versions appeared at this time that more explicitly tied the song to the events of the Civil War.

Detail from a playbill of the Bryant's Minstrels depicting the first part of a walkaround, dated December 19, 1859 Both Union and Confederate composers produced war versions of the song during the American Civil War. Low Bridge (song) Scotty Moore - Municipal Auditorium - New Orleans, LA. Alex Chilton's Death About His Lifestyle, not Lack of Insurance – Mackinac Center.

The recent death of Alex Chilton apparently wasn't as much from a heart attack as it was a lack of nationalized health insurance, if one is to believe Facebook comments prompted by a recent article by Keith Spera of The Times-Picayune. "Cause, meet effect," wrote a prominent music critic friend of mine. In response, another wrote: "This is so sad, and makes me so angry... that someone would end up dying because they don't have insurance. " Johann Baumgartner. Johann Baptist Baumgartner (även Baumgärtner), född 1723 i Augsburg, död 18 maj 1782 i Eichstätt, var en tysk cellist och tonsättare. Official Discography. How to Better Organize Your Sample Library — SonicScoop. Does the thought of organizing your sprawling sample library make your stomach churn? If it does, then perfect, because I’m going to be showing you how you can turn that horrible nausea-inducing mess of Vengeance and Cymatics samples into a neat and tidy sample library. Harmony Society.