INTJ personality. It’s lonely at the top, and being one of the rarest and most strategically capable personality types, INTJs know this all too well. 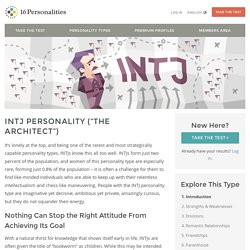 INTJs form just two percent of the population, and women of this personality type are especially rare, forming just 0.8% of the population – it is often a challenge for them to find like-minded individuals who are able to keep up with their relentless intellectualism and chess-like maneuvering. People with the INTJ personality type are imaginative yet decisive, ambitious yet private, amazingly curious, but they do not squander their energy.

Nothing Can Stop the Right Attitude From Achieving Its Goal With a natural thirst for knowledge that shows itself early in life, INTJs are often given the title of “bookworm” as children. While this may be intended as an insult by their peers, they more than likely identify with it and are even proud of it, greatly enjoying their broad and deep body of knowledge. “You are not entitled to your opinion. Famous INTJs. White Fragility & the Racial Perception of Opportunity. Let’s start out with the obvious…I’m a white man. 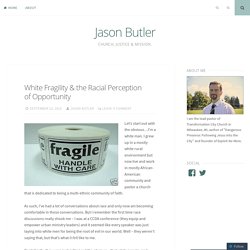 I grew up in a mostly white rural environment but now live and work in mostly African-American community and pastor a church that is dedicated to being a multi-ethnic community of faith. As such, I’ve had a lot of conversations about race and only now am becoming comfortable in those conversations. But I remember the first time race discussions really shook me – I was at a CCDA conference (they equip and empower urban ministry leaders) and it seemed like every speaker was just laying into white men for being the root of evil in our world. Well – they weren’t saying that, but that’s what it felt like to me. Realistically, they were just calling out the obvious – that white people, and white men especially had held the grip of power for all of American history and the decisions and domination of white men were obviously linked to the current situation of racism and economic isolation of communities of color. 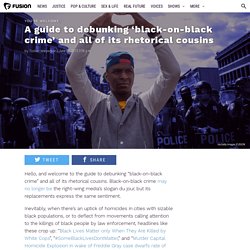 Black-on-black crime may no longer be the right-wing media’s slogan du jour, but its replacements express the same sentiment. Inevitably, when there’s an uptick of homicides in cities with sizable black populations, or to deflect from movements calling attention to the killings of black people by law enforcement, headlines like these crop up: “Black Lives Matter only When They Are Killed by White Cops”, “#SomeBlackLivesDontMatter,” and “Murder Capital Homicide Explosion in wake of Freddie Gray case dwarfs rate of similar cities.” So we here at Fusion have put together a comprehensive list on what to do when someone you love, hate, or feel so-so about goes on about “but what about that black crime in the black community” as an alternative to talking about the deaths of black people by police.

The Irrationality of Alcoholics Anonymous. J.G. is a lawyer in his early 30s. 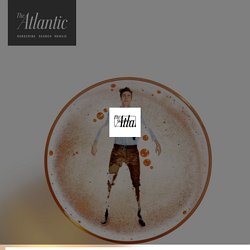 He’s a fast talker and has the lean, sinewy build of a distance runner. His choice of profession seems preordained, as he speaks in fully formed paragraphs, his thoughts organized by topic sentences. He’s also a worrier—a big one—who for years used alcohol to soothe his anxiety. J.G. started drinking at 15, when he and a friend experimented in his parents’ liquor cabinet. He favored gin and whiskey but drank whatever he thought his parents would miss the least. His drinking increased through college and into law school. By the time he was a practicing defense attorney, J.G. In the spring of 2012, J.G. decided to seek help. J.G. says it was this message—that there were no small missteps, and one drink might as well be 100—that set him on a cycle of bingeing and abstinence. He felt utterly defeated. Rarely have we seen a person fail who has thoroughly followed our path. If the internet is addictive, why don’t we regulate ...

When I go online, I feel like one of B F Skinner’s white Carneaux pigeons. Those pigeons spent the pivotal hours of their lives in boxes, obsessively pecking small pieces of Plexiglas. In doing so, they helped Skinner, a psychology researcher at Harvard, map certain behavioural principles that apply, with eerie precision, to the design of 21st‑century digital experiences. Skinner trained his birds to earn food by tapping the Plexiglas. In some scenarios, the pigeons got food every time they pecked. In other arrangements, Skinner set timed intervals between each reward.

Under these unstable conditions, the pigeons went nuts. So? Should we blame Michael S for wasting hours of his life hitting a small button? Then again, would we blame Skinner’s pigeons, stuck in a box, pecking away until they get their grains and hemp seeds, while a pioneering researcher plumbs the glitches in their brains? Get Aeon straight to your inbox By 2015, it’s a platitude to describe the internet as distracting.