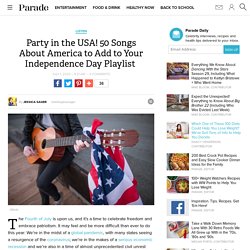 It may feel and be more difficult than ever to do this year: We’re in the midst of a global pandemic, with many states seeing a resurgence of the coronavirus; we’re in the makes of a serious economic recession and we’re also in a time of almost unprecedented civil unrest over the killings of George Floyd, Breonna Taylor, Elijah McClain and Ahmaud Arbery. One of the things that makes America wonderful is the freedom and the room to protest peacefully, to speak one’s mind and to demand that the country do better and be better. Our list of the best songs for your Independence Day playlist aren’t just full of references to red, white and blue (though we do have those, too!). Woody Guthrie, “This Land Is Your Land” Woody Guthrie wrote “This Land Is Your Land” as a sarcastic response to Irving Berlin‘s “God Bless America” after he got sick of hearing Kate Bush‘s rendition of the tune on the radio. 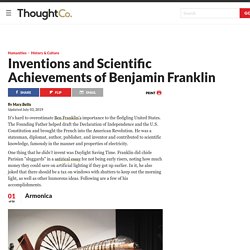 The Founding Father helped draft the Declaration of Independence and the U.S. Constitution and brought the French into the American Revolution. He was a statesman, diplomat, author, publisher, and inventor and contributed to scientific knowledge, famously in the manner and properties of electricity. One thing that he didn't invent was Daylight Saving Time. Franklin did chide Parisian "sluggards" in a satirical essay for not being early risers, noting how much money they could save on artificial lighting if they got up earlier. Armonica "Of all my inventions, the glass armonica has given me the greatest personal satisfaction," Franklin said.

Franklin was inspired to create his own version of the armonica after listening to a concert of Handel's "Water Music" that had been played on tuned wine glasses. Franklin's armonica, created in 1761, was smaller than the originals and did not require water tuning. Benjamin Franklin. What’s the Difference between a Selfie and a Self-Portrait? Hanging out with The Getty’s new acquisition @thegetty #museumselfie #manet #TheGetty #museum pic.twitter.com/4g9gSrnHra— Kate (@MissKateSwan) January 21, 2015 A selfie is a self-portrait taken with a smartphone. 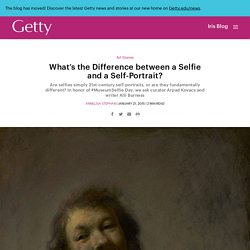 At least, that’s what I assumed until two weeks ago when I stumbled on an article in The Guardian about the Getty exhibition In Focus: Play. “You do see self-portraits,” curator Arpad Kovacs said of the show, “but they are self-portraits rather than selfies.” Instantly curious, I asked him to elaborate on the difference (emphasis mine): The self-portrait and the selfie are two separate, though at times overlapping, efforts at establishing and embellishing a definition of one’s self. Qualities like medium specificity, deeply rooted histories, and traditions (or lack thereof) that define these efforts only superficially differentiate the two. The self-portrait, whether it is a carefully composed study or created in haste, often contains more decisions than could be easily erased.

Robert Cornelius' Self-Portrait: The First Ever "Selfie" (1839) In 2013, the Oxford Dictionaries announced their word of the year to be “selfie”, which they define as “a photograph that one has taken of oneself, typically one taken with a smartphone or webcam and uploaded to a social media website.” 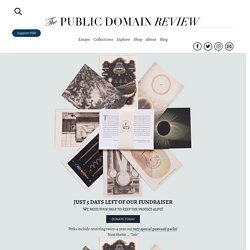 Although the rampant proliferation of the technique is quite recent, the "selfie" itself (if defined as being a photograph one takes of oneself) is far from being a strictly modern phenomenon. Indeed, the photographic self-portrait is surprisingly common in the very early days of photography exploration and invention, when it was often more convenient for the experimenting photographer to act as model as well. In fact, the picture considered by many to be the first photographic portrait ever taken was a "selfie". The image in question was taken in 1839 by an amateur chemist and photography enthusiast from Philadelphia named Robert Cornelius.