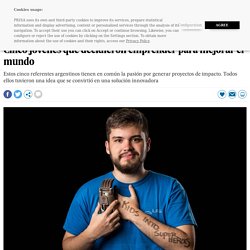 The Digital Future of Canadian Philanthropy. In fall 2016, Emmett Carson, CEO of the Silicon Valley Community Foundation, spoke at the Calgary Foundation’s Annual Vital City event and shared his view of how philanthropy should be thinking about technology innovation and economic disruption. 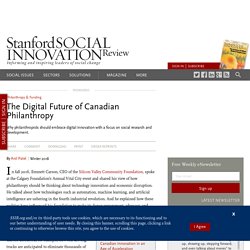 He talked about how technologies such as automation, machine learning, and artificial intelligence are ushering in the fourth industrial revolution. And he explained how these realities have influenced his foundation to make its donor engagement, advocacy, and grantmaking priorities both local and global in perspective and practice. Through the course of the speech, he repeatedly used the phrase “both/and” to highlight the benefits and unintended consequences that can result from rapid innovation. Carson discussed, for example, how self-driving trucks are anticipated to eliminate thousands of long-haul trucking jobs.

The Digital Future of Canadian Philanthropy. Business Models for Building Refugee Resilience. Kakuma refugee camp in Northern Kenya is one of the largest and longest-standing refugee settlements in the world, and to many, it is the epitome of an intractable displacement crisis and an endless drain on the world’s aid budgets. 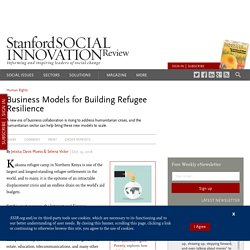 Yet this past summer, the International Finance Corporation published a landmark study revealing that the Kakuma camp and surrounding neighborhoods represent a $56 million market opportunity. It found what refugees and those who work with them have always known: that entrepreneurship and markets for consumer goods, real estate, education, telecommunications, and many other goods and services are flourishing in the area, despite significant practical and legal constraints. This captures the essence of a quiet revolution underway in the humanitarian sector. Under the Global Compact on Refugees, refugees are no longer simply recipients of aid, but instead active participants in the economies and communities where they reside.

Combining speed and endurance 1. 2. Beyond Sport. More about Project Alcatraz Since its inception in 2003, our mission with Project Alcatraz is to peacefully eradicate crime and transform violent leadership of youth offenders into virtuous leadership. 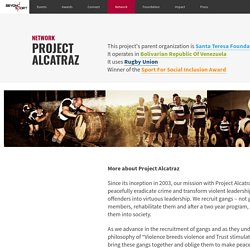 We recruit gangs – not gang members, rehabilitate them and after a two year program, reinsert them into society. Meal Calendar for New Parents, Surgery, Illness, and More. Ontario Social Economy Roundtable - Social Enterprise Ontario. Français Strengthening Ontario’s Social Economy The resilience of the social economy in Ontario is dependent on a strong foundation. 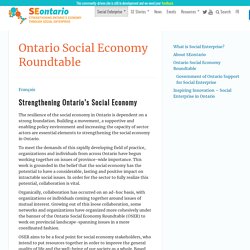 Building a movement, a supportive and enabling policy environment and increasing the capacity of sector actors are essential elements to strengthening the social economy in Ontario. To meet the demands of this rapidly developing field of practice, organizations and individuals from across Ontario have begun working together on issues of province-wide importance. This work is grounded in the belief that the social economy has the potential to have a considerable, lasting and positive impact on intractable social issues. Organically, collaboration has occurred on an ad-hoc basis, with organizations or individuals coming together around issues of mutual interest. OSER aims to be a focal point for social economy stakeholders, who intend to put resources together in order to improve the general quality of life and the well-being of our society as a whole.

Gino Tubaro - Inventor. This Delhi cafe 'Echoes' run and managed completely by Deaf And Mute staff, And It's pretty Darn Awesome! - News Leak Centre. When it comes to coffee and restaurants0, everyone has their preferences. 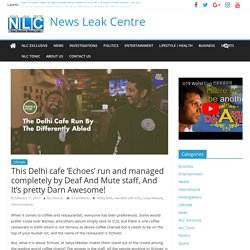 Some would prefer Costa over Barista, and others would simply stick to CCD, but there is one coffee restaurant in Delhi which is not famous as above coffee chained but it needs to be on the top of your bucket list, and the name of the restaurant is ‘Echoes’. But, what it is about ‘Echoes’ at Satya Niketan makes them stand out of the crowd among the leading world coffee chains? The answer is the staff. All the people working in ‘Echoes’ is managed by deaf and mute staff. Yes, it’s true. Watch the video here: The voices behind the ‘Echoes’ are Kshitij Behl and Shivansh Kumar. Signalling a waiter is the first step in a series of communication with the staff. Aside from government aid to the disabled people, this is first of its kind that ordinary people are taking an initiative to give these people a platform so that they can mix well with the society.

So, now you know where to head this Sunday with your gang. Developing Strategic CSR. Homepage - IDEO.org.