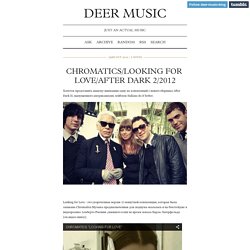 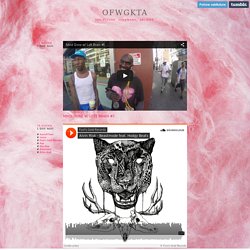 ANTI- 11/20/2015 •10:13am Today Tinariwen has released their first ever live album, Live In Paris, recorded on December 13th, 2014, in a city that the band adores and featuring legendary tindé musician BADI Lalla. 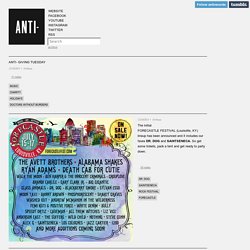 “It’s in Paris, at the Bataclan where we played on April 7th, 2007. Our friend Robert Plant joined us on stage, it’s one of our best memories as musicians. We’re all touched by the tragedy that occurred a week ago because it affects our friends, music, freedom, values that TINARIWEN has defended for almost 30 years…” Oukis N’Asuf / Sweeping the blues away… +IO:I. Drowned in Soundcloud. 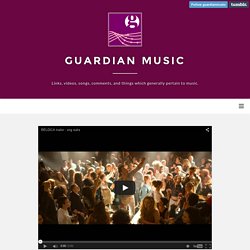 It features footage shot during this year’s #FeesMustFall movement, which saw a South African university students protest the raising of tuition fees at sit-ins and rallies that often involved violent clashes with armed police. Simz raps her verses over a melancholy, thudding beat and an indie-indebted guitar line while London-based band the Hics take over singing duties in the chorus. For context, the Guardian recently ran a long-form story looking at #FeesMustFall and the origins of educational disparity in a country still divided by the racist policies entrenched by the former apartheid government. The FADER Tumblr. Hippos In Tanks. Hype Machine on Tumblr. Hackers 1. 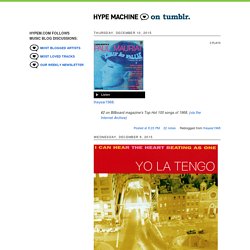 “Original Bedroom Rockers” – Kruder & Dorfmeister 2. “Cowgirl” – Underworld 3. “Voodoo People” – The Prodigy 4. Pitchfork. "Everybody in the hip-hop community is so upset at him for being who he is and dressing like he does, but for the kind of music he makes, he is one of the best. 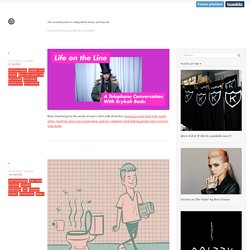 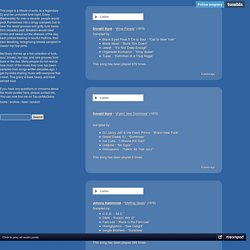 Tracks. Head Underwater. Dead As Digital. I’m happy to announce the end of my winter hibernation from blogging with this post. 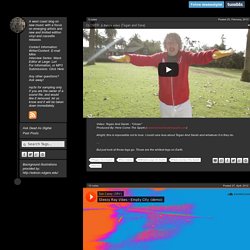 Over the past 3 months, me and 15 other blogs have been working together to create Portals, a collaborative venture into sight, sound, hand holding and skipping. Okay, maybe not hand holding and skipping… YET. But soon. REAL soon. Beyond just the usual “co-premieres” and “tebowing” that other blogs offer, Portals will also be concentrating on live shows, and more inter-blog collaboration than you could shake a stick at. Click the link above for a glimpse of Portals being born, then click the picture below for a link to our first mixtape, featuring exclusive tracks from Flashing Red Lights, Rai Callum, Lands & People, Jessica Jalbert, and many more. 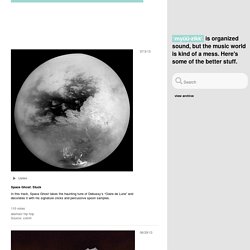 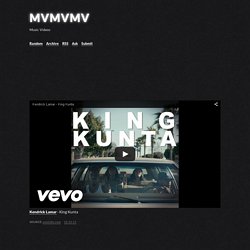 DUBSTEP FRIDAY. Radikal Guru - New Decade Of Dub Podcast 1. Linval Thompson & Vibration Lab - Tribulation Time (Radikal Guru rmx) 2. Hatti Vatti ft. Cian Finn - You (Phaeleh rmx) (forthcoming New Moon) 3. The Spit Brothers - Lazy Left (Bukkha Leftism rmx) 4. Copy Cats. “Easy Lover” by Great Good Fine Ok & Panama WeddingOriginally by Phil Collins Hello by Rodesha and Conkarahoriginally by Adele “How to Disappear Completely” by Lotte KestnerOriginally by Radiohead Lotte Kestner (Anna-Lynne Willams of Trespassers William) knows her way around a cover song. She’s banged out plenty in her solo career. Her most recent release, Best Of, is a collection of some of her most requested covers. Of the bunch, this gently dreamy take on Radiohead’s beautifully haunting “How to Disappear Completely”, is one of the immediate highlights (in a sea of excellence).

The rest of the collection is a wonder as well, featuring covers from artists like The Flaming Lips, Nick Drake, Mazzy Star, Slowdive, and many more. Yvynyl. Beyoncé. Love-less.tumblr. Rolling Stone – Page 1. <div id="warning">Javascript is currently disabled. For best results, please <span>enable javascript</span> or <a href="/mobile">view our mobile version. </a></div> The official Tumblr of Rolling Stone Magazine.