How to do SEO the Ultimate Guide. SocialMediaMarketingIndustryReport2016. Facebook Plans To Put Ads In Messenger. A leaked document Facebook sent to some of its biggest advertisers reveals that Facebook will launch ads within Messenger in Q2 2016. 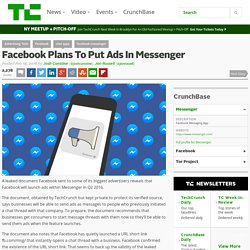 The document, obtained by TechCrunch but kept private to protect its verified source, says businesses will be able to send ads as messages to people who previously initiated a chat thread with that company. To prepare, the document recommends that businesses get consumers to start message threads with them now so they’ll be able to send them ads when the feature launches. The document also notes that Facebook has quietly launched a URL short link fb.com/msg/ that instantly opens a chat thread with a business. Facebook confirmed the existence of the URL short link. That seems to back up the validity of the leaked document. An example of messages between businesses and users Regarding Messenger ads specifically, Facebook told me “We don’t comment on rumor or speculation. 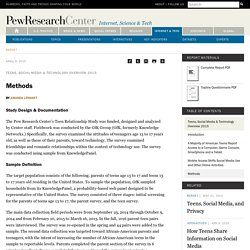 Fieldwork was conducted by the GfK Group (GfK, formerly Knowledge Networks.) Specifically, the survey examined the attitudes of teenagers age 13 to 17 years old, as well as those of their parents, toward technology. The survey examined friendships and romantic relationships within the context of technology use. The survey was conducted using sample from KnowledgePanel. Sample Definition The target population consists of the following: parents of teens age 13 to 17 and teens 13 to 17 years old residing in the United States. The main data collection field periods were from September 25, 2014 through October 9, 2014 and from February 10, 2015 to March 16, 2015. Survey Completion and Sample Sizes Key Survey Response Statistics: In-Field Screening Survey Cooperation Enhancements KnowledgePanel Methods Information ABS Recruitment Household Member Recruitment. 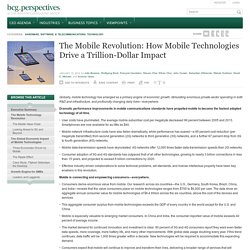 Dramatic performance improvements in mobile communications standards have propelled mobile to become the fastest adopted technology of all time. User costs have plummeted. . Social Media Site Usage 2014. In a new survey conducted in September 2014, the Pew Research Center finds that Facebook remains by far the most popular social media site. 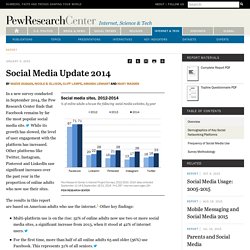 While its growth has slowed, the level of user engagement with the platform has increased. Other platforms like Twitter, Instagram, Pinterest and LinkedIn saw significant increases over the past year in the proportion of online adults who now use their sites. The results in this report are based on American adults who use the internet. Other key findings: While Facebook remains the most popular social media site, its overall growth has slowed and other sites continue to see increases in usership. Facebook continues to be the most popular social media site, but its membership saw little change from 2013.

Every other social media platform measured saw significant growth between 2013 and 2014. The engagement of Facebook users continues to grow, while daily use on other platforms shows little change. 52% of online adults use multiple social media sites. The future of work: There’s an app for that. HANDY is creating a big business out of small jobs. 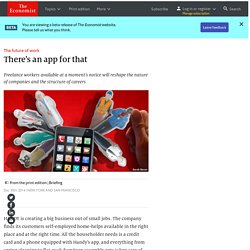 The company finds its customers self-employed home-helps available in the right place and at the right time. All the householder needs is a credit card and a phone equipped with Handy’s app, and everything from spring cleaning to flat-pack-furniture assembly gets taken care of by “service pros” who earn an average of $18 an hour. The company, which provides its service in 29 of the biggest cities in the United States, as well as Toronto, Vancouver and six British cities, now has 5,000 workers on its books; it says most choose to work between five hours and 35 hours a week, and that the 20% doing most earn $2,500 a month. The company has 200 full-time employees.

Founded in 2011, it has raised $40m in venture capital. Handy is one of a large number of startups built around systems which match jobs with independent contractors on the fly, and thus supply labour and services on demand.