MYSUN is India’s largest online rooftop solar company with operations in multiple states in North, Central, and Western India. The company provides most advanced technology and highest quality solar services in Delhi, Ghaziabad, Gurgaon, and Noida among others across residential, industrial and commercial categories. Positioned as a Solar company in India, MYSUN has strong Solar rooftop services in Delhi NCR. All the MYSUN solar rooftop systems come with a 25-years solar service promise package. MYSUN’s in-house team of veteran solar experts ensures its consumers to get the most out of their solar rooftop systems. 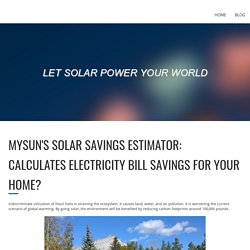 It causes land, water, and air pollution. It is worsening the current scenario of global warming. By going solar, the environment will be benefited by reducing carbon footprints around 100,000 pounds. In current times, solar energy is cheaper than grid electricity. The cost of energy of an inverter or diesel generator is around 2 to 3 times higher than the grid energy used to charge the batteries.

Solar energy not only helps in saving on electricity bills but also reduces carbon footprint. Solar panels have been around for a while, but it is yet to receive acceptance widely. The company helps in progressing towards an eco-friendly society. Why Going Solar is the Right Choice to Save Big Bucks. Solar panels, also commonly known as photovoltaic panels. 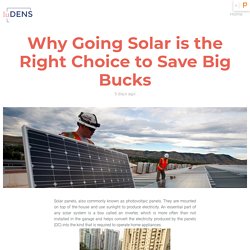 They are mounted on top of the house and use sunlight to produce electricity. Planning your budgets for the next quarter? Telangana’s Solar Strategy - An Eye Opener for Other South Indian. Telangana leads other southern Indian states in terms of demand for power consumption. 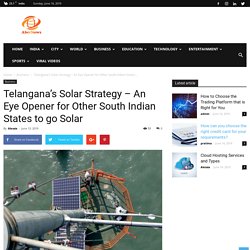 Schedule a site survey at: MYSUN. Interesting ways the World is using Solar Energy - Space Solar Stations. The Solar Energy space has been booming in the past few years with rapid growth and technological innovations. 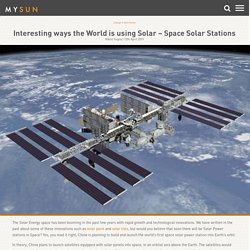 We have written in the past about some of these innovations such as solar paint and solar tiles, but would you believe that soon there will be Solar Power stations in Space? Yes, you read it right, China is planning to build and launch the world’s first space solar power station into Earth’s orbit. In theory, China plans to launch satellites equipped with solar panels into space, in an orbital axis above the Earth. How much money can you save on electricity bill if you go solar in Uttar Pradesh? The sun is a constant source of solar power. 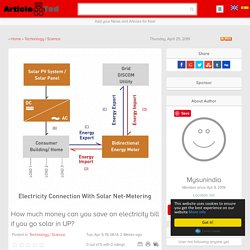 It is a clean and renewable energy source that is pollution free and contributes to the reduction of a country's carbon emissions. The traditional form of energy generation results in depleting non-renewable resources and indulging in the complex energy generation process. Whereas, solar power is clean, green electricity that is created from sunlight. One can install rooftop solar to enjoy the perks offered by solar power. The state of Uttar Pradesh has a large number of businesses coming up and several households shifting to ‘pucca’ house setup. Innovative Solar Rooftop Solutions in India. How does solar work? 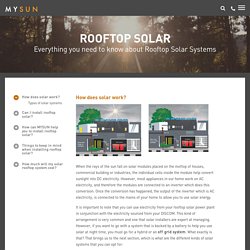 Solar Plant in Chittorgarh, Rajasthan - MYSUN. The Importance of Solarising Cities to Build a Sustainable and Secure Future. It is a harsh truth and a painful realization that the urbanization we have been enjoying over the past few years was at the cost of the threat to the environment. 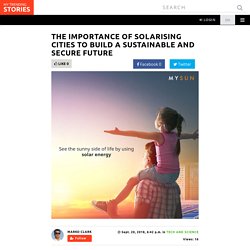 The situation is as bad as that thirteen out of the 20 most polluted cities in the world are in India and the national capital, Delhi is the most polluted one. As per a study conducted to measure the Sustainable Cities Index, that evaluated 50 cities across the world based on their economic, social, and environmental characteristics, New Delhi ranks as the second most unsustainable city. The situation is as bad as that the rivers are dead near industrial and urban settlements, and water supply is depleting in comparison to the demand.

The disruptions are so massive that we need to look for renewable energy solutions. The government of India has plans to build 109 smart cities in India with the sole objective of green energy generation. For India, sticking to sustainable progress is of foremost importance. Save on Electricity Bills with Residential Rooftop Solar. Let the Sun Pay Your Bill This Year. Communiy. Globalisation is the period when the renewable form of energy sets on the driving seat for pulling off a number of power generation activities. 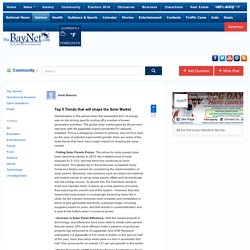 The global solar market grew by 26 per cent last year, with 99 gigawatts of grid-connected PV capacity installed. This is a whopping number to achieve, and 2018 is seen as the year of potential exponential growth. Communiy. 25% Import Safeguard Duty Imposed on Imported Solar Panels from China and Malaysia in India - Rediscover the Sun with MYSUN - Solar Power Company in India. MYSUN Summer Offer 2018 - Solar Systems for Homes & Offices GoSolar. MYSUN Contributes To India’s Solar Mission 2022 By Launching Summer Offer 2018. MYSUN Affiliate Program. Earning through the MYSUN Affiliate Program is simple. 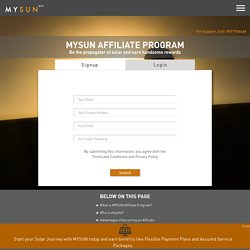 You reach out to your family members, friends and other contacts to convince them to go solar. Once the reference has been verified and has purchased a solar system from MYSUN, your account is automatically credited with a success fee, which is pre-decided. Mr Sharma of Lajpat Nagar in New Delhi is a proud MYSUN Affiliate. Mr Sharma is a Charted Accountant and he has helped many of his contacts go solar through MYSUN.

The Goods and Services Tax, also known as GST, is hailed as one of the biggest tax reforms of India and is expected to have a major impact on our economy. 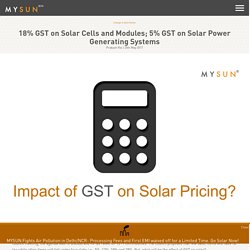 The main objective of this reform is to bring uniformity and transparency in the taxation system. In the latest GST council meeting, the agenda was to discuss and fix tax rates for 1211 commodities. The council proposed that few basic items will have no tax while other items will fall under four slabs i.e., 5%, 12%, 18% and 28%. But, what will be the effect of GST on solar? The GST Council proposed that 18% tax be levied on solar cells and modules while coal was put in the lower tax slab of 5% against its current tax incidence of 11.69%. According to Bridge to India, this tax rate of 18% will increase module costs by 18%, inverters by 12%, and service costs by 3% therefore, the overall project cost will go up by about 12%. Some key points worth pondering upon are: