Musk vs. Buffett: The Billionaire Battle to Own the Sun. Photograph by Alex Hoerner for Bloomberg Businessweek Warren Buffett controls Nevada’s legacy utility. 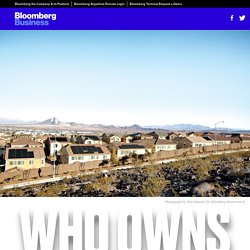 Elon Musk is behind the solar company that’s upending the market. Let the fun begin. By Noah Buhayar | January 28, 2016 From Outside the Public Utilities Commission office, which is on the second floor of a modern, three-story building about 7 miles from the Strip in Las Vegas, a chorus of women are shouting to the tune of a Beastie Boys classic: “We’re gonna fight ... for our right ... to go soooolar!” It’s Jan. 13, a crisp desert morning with high, wispy clouds. Photo Illustration by Justin Metz from Photograph by David Brandon Geeting for Bloomberg Businessweek.

Many of the protesters are employees or customers of SolarCity. SolarCity’s success is partly because the government provides subsidies and enables an arrangement called net metering, which allows homeowners with panels to sell back to the grid any solar energy they don’t use. “Are you getting kickbacks?” “Resign!” Forbes Welcome. Thanks for coming to Forbes. 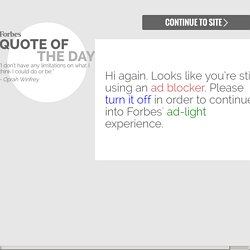 Please turn off your ad blocker in order to continue. To thank you for doing so, we’re happy to present you with an ad-light experience. Hi again. Looks like you’re still using an ad blocker. Please turn it off in order to continue into Forbes' ad-light experience. Thank you for turning off your ad blocker! Thank you for visiting Forbes. SunEdison: A Timeline of the Biggest Corporate Implosion in US Solar History. We are witnessing the end, or perhaps the remaking, of SunEdison, briefly the world's largest renewables developer -- and now the destroyer of $10 billion in market value. 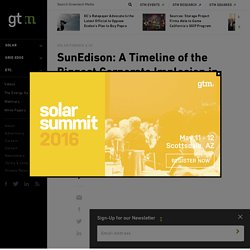 (Breaking: Vivint Solar Pulls Out of the SunEdison Merger, Citing a 'Willful Breach' of the Agreement) We've seen epic failure at Suntech, Solyndra and the like -- but this is in a different league. In 2014, SunEdison jumped into deep YieldCo waters with TerraForm Power and TerraForm Global. The company made a series of large, questionable acquisitions in First Wind and Vivint, as well as a slew of lesser corporate additions. SunEdison has not reached GAAP profitability in more than five years and lost almost $1 billion in the first three quarters of 2015. It takes a very special type of ineptitude to fail on such a massive scale in what is, by most metrics, a healthy, capital-rich, high-growth renewables market.

SunEdison April 2015 to now Base chart: Google Finance SunEdison's tale of woe timeline Jan. 2016: Feb. 2016: Warren Buffett: Solar and Wind Could ‘Erode the Economics of the Incumbent Utility’ Billionaire investor Warren Buffett says that renewable energy and efficiency are pushing utilities beyond a "sloppy" operational model and into a more competitive environment.

In his annual letter to Berkshire Hathaway shareholders, Buffett outlined the risks posed by distributed generation to traditional power companies. Berkshire Hathaway, a multinational holding company worth nearly $200 billion, owns 10 energy companies, including three large electric utilities serving territories across 11 Midwestern and Western U.S. states. The business of electricity is entering a period of uncertainty, wrote Buffett. "In its electric utility business, our Berkshire Hathaway Energy (“BHE”) operates within a changing economic model. Historically, the survival of a local electric company did not depend on its efficiency. Government Center Renewable Energy Systems. Smart Energy Systems: 100% Renewable Energy at a National Level (Full Version) The World’s Biggest Companies on Why They Buy Renewables: ‘It’s a Very Clear Economic Issue’

Many companies, both large and small, continue to struggle with the economics and complexity of procuring clean energy. 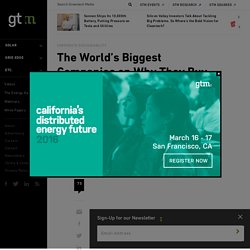 The Rocky Mountain Institute estimates that for every successful renewable energy deal there are five to 10 failed attempts or significant delays, which impedes overall market growth. Reflecting these challenges, the commercial solar market experienced its first down year in recent history last year. Several companies leading the charge for clean-energy adoption presented on their lessons learned this week at Verge to help other businesses meet their renewable energy purchasing goals. Use what you already have For General Motors, renewable energy procurement turned out to be a natural extension of the company’s core competencies, said Rob Threlkeld, GM’s manager of renewable energy. “The biggest thing I highlight [to other companies] is to leverage the internal resources they already have available,” said Threlkeld. 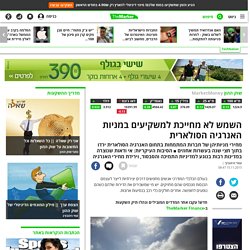