Untitled. Henna Hand Designs Art Lesson: Make a Unique Self-Portrait. I'll show you some of these designs below. 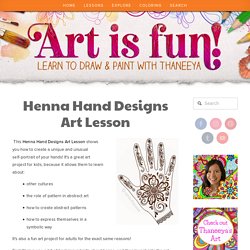 You can also totally make up patterns as you go along! If you need a jump-start or a crash course in pattern-making, check out my tutorial on how to draw patterns step by step, where you'll learn how to create patterns off the top of your head. How to Do Henna Design for Beginners: 4 Steps. AdWords We use AdWords to deploy digital advertising on sites supported by AdWords. 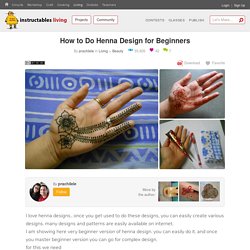 Ads are based on both AdWords data and behavioral data that we collect while you’re on our sites. The data we collect may include pages you’ve visited, trials you’ve initiated, videos you’ve played, purchases you’ve made, and your IP address or device ID. This information may be combined with data that AdWords has collected from you. We use the data that we provide to AdWords to better customize your digital advertising experience and present you with more relevant ads. 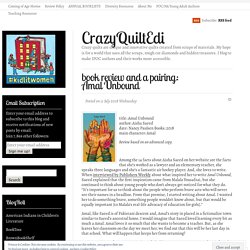 Among the 14 facts about Aisha Saeed on her website are the facts that she’s worked as a lawyer and an elementary teacher, she speaks three languages and she’s a fantastic air hockey player. How to write graffiti\- learn graffiti letter structure- graffiti for teachers,parents,kids. Graffiti Diplomacy is happy to offer this assortment of free graffiti drawing lessons. 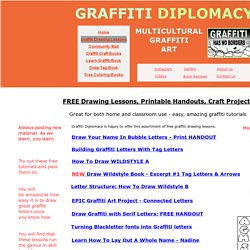 Try out these free tutorials and pass them on. You willbe amazed at how easy it is to draw great graffitiletters onceyou know how. You will find that these lessons run the gamut in skill level from Kindergarten to College level. Graffiti Style Lesson Plan - Why teach graffiti in your classroom. Administration asked me if I could "get the kids hooked on art. 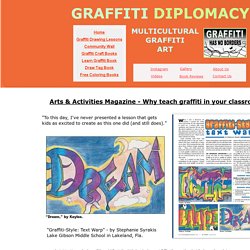 " That's exactly what I planned on doing. Upon meeting each class, and introducing them to the art room, I asked what they would like to learn in art class. They bombarded me with great ideas: fashion design, painting, clay ... 9781925773026 AmalUnbound TeachingNotes. Educators FAQ Feb. 2017. UIS Tellmaps. Graffiti Boards. Untitled. Expression lesson. #art #education #elementary - Art Education ideas. The Lost Sock : Mehndi Hands. Mrs. 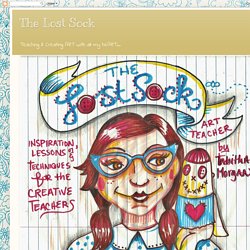 Thomas's 4th grade class Isabella, Maisy & Michelle Jayden, Israel, Edgar, David, Stacey, Bryce, Titus, Rachel, Caden, Melanie, CJ & Kolby Mrs. Street Graffiti Art Pakistan. Once I saw some beautiful street graffiti wall art, That was a rainy day & I were unable to capture some fine clicks through the car window, My brother promised he will take me to this place again if I want to capture these art of graffiti wall. 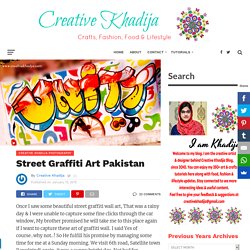 I said Yes of course..why not..! So He fulfill his promise by managing some time for me at a Sunday morning. We visit 6th road, Satellite town Rawalpindi again, it was a sunny bright day. Not bad for Photography. Have a look at what I have captured. Street Graffiti Art Pakistan. (335) Pinterest. 14-year-old girl wins Pakistan's first peace prize. An eighth-grade girl was awarded Pakistan's first National Peace Prize Thursday for her online diary reporting on the Taliban's ban on education for girls. 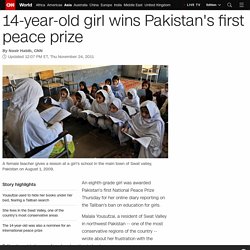 Malala Yousufzai, a resident of Swat Valley in northwest Pakistan -- one of the most conservative regions of the country -- wrote about her frustration with the Taliban's restrictions on female education in her town. Using the Internet, she reached out to the outside world, taking a stand by writing about her daily battle with extremist militants who used fear and intimidation to force girls to stay at home. Connecting with Cultures Through Traditional Games - Multicultural Kid Blogs. Diwali Craft : Paper Plate Rangoli idea for kids - theweavingideas. Diwali is one of the most important and colorful of the Indian festivals. 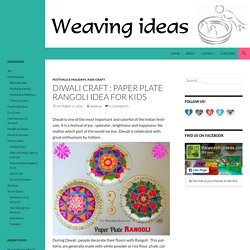 It is a festival of joy , splendor , brightness and happiness. No matter which part of the world we live , Diwali is celebrated with great enthusiasm by Indians . During Diwali , people decorate their floors with Rangoli . This patterns are generally made with white powder or rice flour ,chalk, colored sand or flowers . The traditional Rangoli making is tough outdoors because the weather is chilly at this time of the year especially for us on east coast of United States . Henna Hand Designs Art Lesson: Make a Unique Self-Portrait. Wsk pages canada v2 ch. PhilanthoParty Checklist Final. PhilanthroParties! Abdul Sattar Edhi: Why Google honours him today. Abdul Sattar Edhi founded the world's largest volunteer ambulance network in Pakistan, the Edhi Foundation. 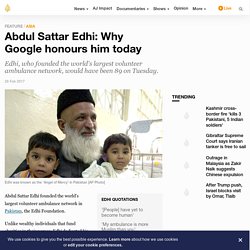 Unlike wealthy individuals that fund charities in their names, Edhi dedicated his life to the poor from the age of 20, when he himself was penniless in Karachi. The reach of Edhi's foundation grew internationally, and in 2005 the organisation raised $100,000 in aid relief for the victims of Hurricane Katrina. Edhi was born before partition in Bantva, Gujarat, India on February 28, 1928. The Director’s Cut: Another brick in the wall.

On her weekly radio show broadcast across parts of Punjab, Syeda Fatima implores her fellow workers to fight the system: “My fellow brothers and sisters, we cannot succeed unless you demand your rightful wages of Rs 517 as set by the government.” Since 1988, Fatima’s organisation, the Bonded Labour Liberation Front Pakistan (BLLF) has successfully released over 80,000 men, women and children from bonded labour. BLLF has also successfully advocated for an increase in wages for these labourers from Rs200 to Rs517 per 1,000 bricks. When Fatima was growing up, she would often go to the brick kilns to teach reading and writing to the children who worked there. “I wasn’t interested in buying nice clothes. 15 unforgettable portraits from the 'Humans of New York' photographer's trip to Pakistan.

A Final Word On Pakistan: Imagine that... - Humans of New York. Humans of New York blog offers a fresh perspective on Pakistan. Global perceptions of Pakistan have been largely shaped by natural disasters, terrorism and official corruption. In newspapers and popular culture, meanwhile, the country has been portrayed as a dusty pit of desolation. The visit of Brandon Stanton, the street photographer behind the celebrated Humans of New York project, was nothing if not timely. After touring 11 countries with the UN last September to raise awareness of the millennium development goals, Stanton announced he would be visiting Pakistan to give the stories of ordinary people the same global platform enjoyed by contributors to his original project. Stanton’s Humans of New York Facebook page has more than 14 million likes. Bonded Labour Liberation Front - End Slavery Now. Bonded Labour Liberation Front Pakistan (BLLF) – BLLF is a voluntary registered organisation, Our mission is total eradication of the bonded labour and child labour from South Asia.

Humans of New York. Q & A with Aisha Saeed. Aisha Saeed, the author of Written in the Stars (2015), a YA novel about a Pakistani-American girl whose conservative immigrant parents try to force her into an arranged marriage, has once again reached into her Pakistani background for her second novel, Amal Unbound. The middle grade novel tells the story of a Pakistani girl desiring an education who is forced into indentured servitude to pay off her family’s debt to the village’s cruel overlord. Saeed spoke with PW about the real-life Pakistani girl who jumpstarted the writing of Amal Bound, the heroism of so many young people that too often goes unrecognized, and how the Florida-born author’s research connected her with her relatives who still live in their ancestral village in Pakistan.

What inspired you to write Amal Unbound? I had the idea for the character in 2011.

The brutal assassination attempt made against Pakistani teenager and activist for girls’ education Malala Yousafzai gave birth to the UNESCO Malala Fund for Girls’ Right to Education. Part of the “Better Life, Better Future” Global Partnership for Girls’ and Women’s Education, the fund was established in 2012 to expand girls’ access to quality and gender-responsive education and ensure safe learning environments, especially in countries affected by conflict and disaster. International Literacy Day. Skip to main content.