Looks long BUT really good for facts that are specific and get you good marks. Note:Paper 3Compare and contrast the domestic policies of Hitler and Mussolini. 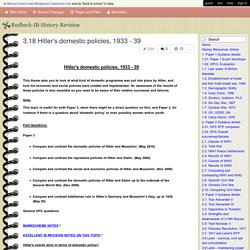