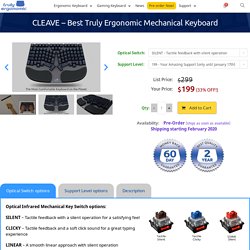 Online Courses & Credentials by Top Educators. Join for Free. Costa del Sol. The Costa del Sol (Spanish pronunciation: [ˈkosta ðel sol]; literally, "Coast of the Sun" or "Sun Coast") is a region in the south of Spain, in the autonomous community of Andalusia, comprising the coastal towns and communities along the coastline of the Province of Málaga. 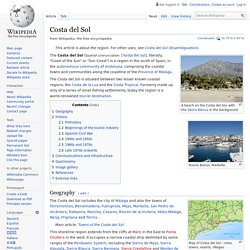 The Costa del Sol is similar to southern California in scenery, climate and geography. History[edit] Prehistory[edit] Port de Cala d'Or Marina, Cala d'Or. Russian billionaire Andrey Igorevich Melnichenko's yacht is the world's LARGEST. Chuck Missler. Koinonia House. The Pessimists Fled and the Optimists Stayed Behind. This expression comes to mind when looking at my own parents and survivors like them who ended up among the living. 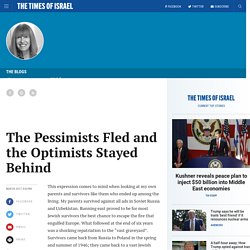 My parents survived against all ads in Soviet Russia and Uzbekistan. Running east proved to be for most Jewish survivors the best chance to escape the fire that engulfed Europe. What followed at the end of six years was a shocking repatriation to the “vast graveyard”. Survivors came back from Russia to Poland in the spring and summer of 1946; they came back to a vast Jewish cemetery. In postwar Poland and until the late 1960s the post Holocaust trauma continued for Polish Jewish citizens. NSA Report on Russia Spearphishing. Nestor (the Boss) Gomez - Upcoming events. Those Were The Days. Tune in to our weekly program of vintage radio shows, with producer/host Steve Darnall, broadcast live every Saturday from 1 to 5 pm (Central time) on WDCB 90.9 FM in the Chicago area and world-wide on the Internet at www.wdcb.org. 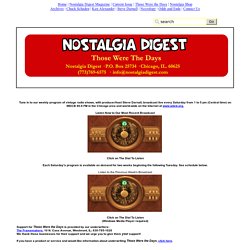 Support for Those Were the Days is provided by our underwriters:The Framemakers, 10 N. Cass Avenue, Westmont, IL; 630-795-1020We thank these businesses for their support and we urge you to give them your support! ARC / Home. The Book of Giants Dead Sea Scrolls. It is fair to say that the patriarch Enoch was as well known to the ancients as he is obscure to modern Bible reaclers. 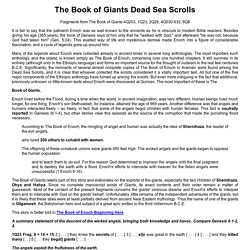 Besides giving his age (365 years), the book of Genesis says of him only that he "walked with God," and afterward "he was not, because God had taken him" (Gen. 5:24). This exalted way of life and mysterious demise made Enoch into a figure of considerable fascination, and a cycle of legends grew up around him. Many of the legends about Enoch were collected already in ancient times in several long anthologies. The most important such anthology, and the oldest, is known simply as The Book of Enoch, comprising over one hundred chapters.

It still survives in its entirety (although only in the Ethiopic language) and forms an important source for the thought of Judaism in the last few centuries B.C.E. Book of Giants. Hamilton 68: A New Tool to Track Russian Disinformation on Twitter – Alliance For Securing Democracy. The Hamilton 68 dashboard, launching today as part of the Alliance for Securing Democracy, provides a near real-time look at Russian propaganda and disinformation efforts online. 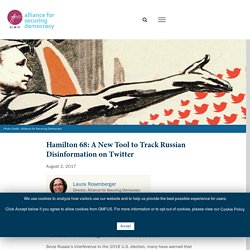 The top of the page shows tweets from official Russian propaganda outlets in English, and a short post discussing the themes of the day. This is Russia’s overt messaging. But these disinformation networks also include bots and trolls that synchronize to promote Russian messaging themes, including attack campaigns and the spreading of disinformation. Some of these accounts are directly controlled by Russia, others are users who on their own initiative reliably repeat and amplify Russian themes. Our analysis is based on linked 600 Twitter accounts to Russian influence activities online, and the lower section of the dashboard features charts that display topics, hashtags, and links currently promoted by this network.

We identified these accounts through three different methods. Home - Free Speech for People. Untitled. Yesterday Trump retweeted that he should get 2 years added to his term. 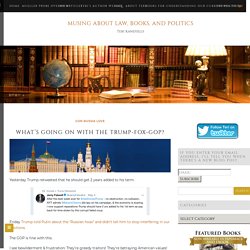 Friday Trump told Putin about the “Russian hoax” and didn’t tell him to stop interfering in our elections. The GOP is fine with this. I see bewilderment & frustration: They’re greedy traitors! They’re betraying American values! Spoiler: The Trump-GOP springs from a deeply entrenched authoritarian tradition in America. They think they’re saving America. Even with all that Trump-Putin love. Seeing this moment in historical context can help us understand how to move forward and save democracy. America was founded as a representative democracy, which sounds great. For most of U.S. history, “we the people” meant white men. Slavery was authoritarian. Blinkist: Serving curious minds. Here are the facts so far about the Trump Russia file .. 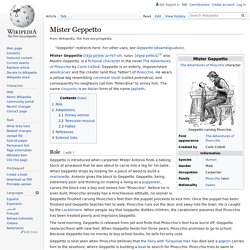 Geppetto is an elderly, impoverished woodcarver and the creator (and thus 'father') of Pinocchio. He wears a yellow wig resembling cornmeal mush (called polendina), and consequently his neighbors call him "Polendina" to annoy him. The name Geppetto is an Italian form of the name Japheth. Role[edit] Geppetto is introduced when carpenter Mister Antonio finds a talking block of pinewood that he was about to carve into a leg for his table.

The next morning, Geppetto is released from jail and finds that Pinocchio's feet have burnt off. Geppetto is next seen when Pinocchio believes that the Fairy with Turquoise Hair has died and a pigeon carries him to the seashore, where Geppetto is building a boat to search for Pinocchio. Geppetto is not seen again until Pinocchio is himself swallowed. Adaptations[edit] Fables[edit] The Hypertexts. Donald Trump 666 Mark of the Beast Antichrist Little Horn Trump of Doom Blood Moon. The HyperTexts Donald Trump ― 666 Fifth Avenue Mark of the Beast, Born on a Blood Moon! 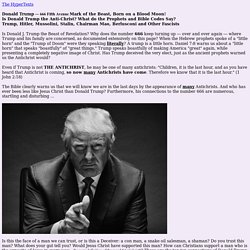 Is Donald Trump the Anti-Christ? What do the Prophets and Bible Codes Say? Trump, Hitler, Mussolini, Stalin, Chairman Mao, Berlusconi and Other Fascists Is Donald J.