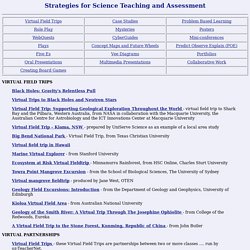 Problem-Based Curriculum: Engineering Units From Boeing And Teaching Channel. The Boeing Company and Teaching Channel have been working together since 2014 to create problem-based curricula inspired by the science and engineering innovations at Boeing and informed by globally competitive science, math, and literacy standards. 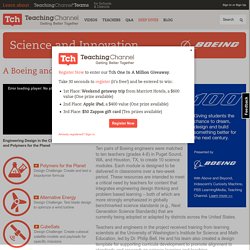 These modules are being released as part of a collection of K-12 education resources under development to celebrate the 100th anniversary of The Boeing Company. Ten pairs of Boeing engineers were matched to ten teachers (grades 4-8) in Puget Sound, WA, and Houston, TX, to create 10 science modules. Each module is designed to be delivered in classrooms over a two-week period. These resources are intended to meet a critical need by teachers for content that integrates engineering design thinking and problem based learning – both of which are more strongly emphasized in globally benchmarked science standards (e.g., Next Generation Science Standards) that are currently being adopted or adapted by districts across the United States.

Howtosmile. Scanning Life. How Big Is the "Great Pacific Garbage Patch"? Science vs. Myth. UPDATED FEBRUARY 7, 2013 -- While everything may be bigger in Texas, some reports about the "Great Pacific Garbage Patch" would lead you to believe that this marine mass of plastic is bigger than Texas—maybe twice as big as the Lone Star State, or even twice as big as the continental U.S. 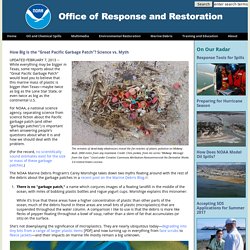 For NOAA, a national science agency, separating science from science fiction about the Pacific garbage patch (and other "garbage patches") is important when answering people's questions about what it is and how we should deal with the problem. (For the record, no scientifically sound estimates exist for the size or mass of these garbage patches.) The NOAA Marine Debris Program's Carey Morishige takes down two myths floating around with the rest of the debris about the garbage patches in a recent post on the Marine Debris Blog: There is no "garbage patch," a name which conjures images of a floating landfill in the middle of the ocean, with miles of bobbing plastic bottles and rogue yogurt cups. Story of Stuff. Biomimicry - K-5_Science. MP.2 Reason abstractly and quantitatively. 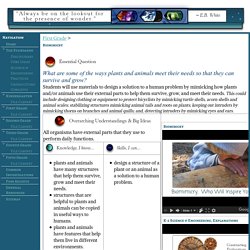 MP.5. Use appropriate tools strategically. 1.NBT.B.3 Compare two two-digit numbers based on the meanings of tens and one digits, recording the results of comparisons with the symbols >, =, and <. 1.NBT.C.4 Add within 100, including adding a two-digit number and a one-digit number, and adding a two-digit number and a multiple of 10, using concrete models or drawings and strategies based on place value, properties of operations, and/or the relationship between addition and subtraction; relate the strategy to a written method and explain the reasoning uses. Understand that in adding two-digit numbers, one adds tens and tens, ones and ones; and sometimes it is necessary to compose a ten. 1.NBT.C.5 Given a two-digit number, mentally find 10 more or ten less than the number, without having to count; explain the reasoning used. 1.MD.A.1 Order three objects by length; compare the lengths of two objects indirectly by using a third object.