Having an Only Child. I have an only child, and apparently, some people think this is awful. 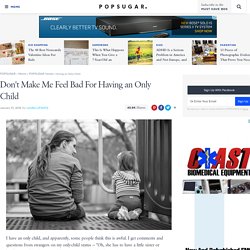 I get comments and questions from strangers on my only-child status — "Oh, she has to have a little sister or brother one day. She must! " (She, meaning my daughter.) Or, "Are you only going to have just one? " Only one. As if one child isn't a blessing or gift in itself. Then, of course, there's the onslaught of comments on how "Only children are so selfish and spoiled," or "Only kids get so lonely. To be honest, all of this stuff used to make my blood boil. And then when my ex-husband and I separated, I figured that sealed the coffin on my baby-making days. This wasn't something I instantly accepted with the inner peace of Mother Teresa. Money, Money, Money. Before my ex-husband and I split up, money was tight. 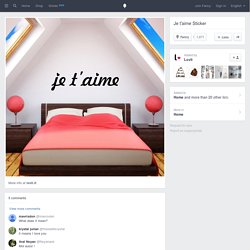 Photo ideas. Must-Take Pictures on Baby's First Day. Myths and Truths About Co-Sleeping. Myths About Co-Sleeping James McKenna, a professor of anthropology at the University of Notre Dame and director of the Mother-Baby Behavioral Sleep Laboratory, says co-sleeping can be a good choice for some families. 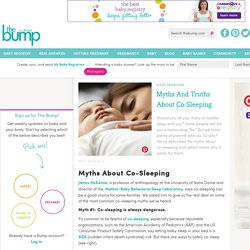 We asked him to give us the real deal on some of the most common co-sleeping myths we've heard. Myth #1: Co-sleeping is always dangerous. It's common to be fearful of co-sleeping, especially because reputable organizations, such as the American Academy of Pediatrics (AAP) and the US Consumer Product Safety Commission, say letting baby sleep in your bed is a SIDS (sudden infant death syndrome) risk. These 20 Baby Photo Fails Are Adorably Terrible. So you’ve had a baby? 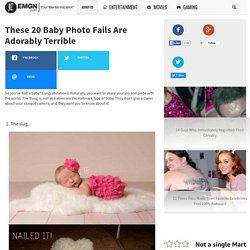 Ultra-premature babies grow up, their struggles are far from over. All her life, Naomi Gill has felt like she's been playing catch-up. 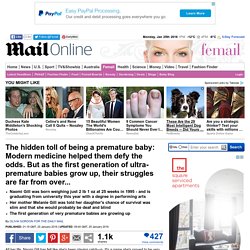 It's a game she's proved to be very good at. She was born weighing just 2 lb 1 oz at 25 weeks in 1995, which, back then, was on the edge of viability, and was slow to crawl, to stand and to walk. But, despite struggling academically throughout school (she was diagnosed as severely dyslexic as a teen), Naomi's determination and personality should see her graduate from the University of Gloucestershire with a degree in performing arts this summer. And like any 21-year-old, she is full of optimism and ambition. Naomi belongs to the first generation of extremely premature babies to reach adulthood. Scroll down for video Survivor: Naomi Gill as a baby with mother Melanie Gill, with her son Alex, far left. Back in the Nineties, they were at the forefront of neonatal medicine. Family of Son With Down Syndrome Speaks Out. Back in 2015, Samuel Forrest (a New Zealander living in his wife's home country of Armenia) was given an ultimatum: give up his newborn son with Down syndrome or his wife will leave. 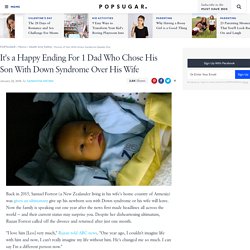 Now the family is speaking out one year after the news first made headlines all across the world — and their current status may surprise you. Despite her disheartening ultimatum, Ruzan Forrest called off the divorce and returned after just one month. "I love him [Leo] very much," Ruzan told ABC news. "One year ago, I couldn't imagine life with him and now, I can't really imagine my life without him. Pregnancy Photo Shoot of Mom Expecting 5 Babies. In what would have been a stunning photo shoot no matter what, photographer Erin Elizabeth has captured a truly special pregnancy on film. 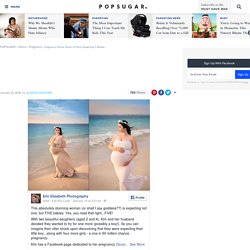 Kim Tucci, mom to two daughters, and her husband decided they wanted to try for one more baby — possibly a little boy — and were surprised with a pregnancy that is one in 60 million: one boy, four girls. Yes, your math is correct, Kim is expecting five babies. Early in Kim's journey with five little ones on board, she started a Facebook page, Surprised by Five, to document her pregnancy — a pregnancy that has had a lot of ups and downs to date.

Though she is now quickly approaching her due date, one of her early posts shared a very personal struggle. Link Bait Title Generator. How to Write Click-Worthy Blog Headlines Without Resorting to Clickbait. You shouldn’t have to bait your prospects. 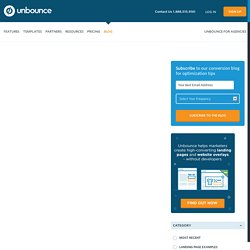 Provide value in everything you write and prospects will naturally be drawn to you. Image source No matter what goals you have for your content marketing, you need to be able to write headlines that get clicked. As Jessica Black, Marketing Manager at Contently, notes: “If your headline isn’t good, your article is irrelevant.” And if your article is irrelevant, then you’re not getting any traffic. Beyond that, failure to draw traffic affects your ability to gather insights about what makes your customers tick (and click). What are the most commonly used words in clickbait titles?