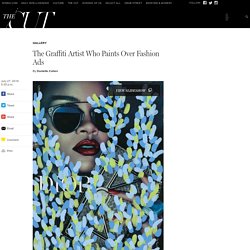 The graffiti is illegal, and the fashion industry loves it. Last year, a guerrilla art collective gave De Feo a key to New York City bus-shelter ads, inviting the artist to challenge corporate messaging. He stealthily painted over ads by the likes of Dior and David Yurman and has since gained serious recognition among fashion designers.

National Geographic. A nightspot puts on an eccentric fashion show in Madrid, Spain, in 1985. 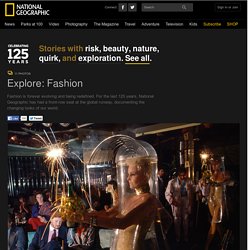 Photograph by O. Louis Mazzatenta, National Geographic. Elegantly Connecting Fashion and Art. MIAMI, United States — The official start date of Art Basel Miami Beach might be Thursday, December 3rd, but major players from the fashion world have already descended on the city for a flurry of private dinners and parties. 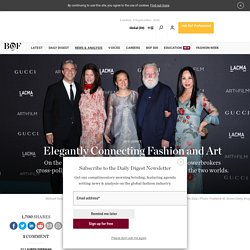 On Sunday night, Harry Winston hosted a dinner with Cultured magazine at its Design District store, highlighting the works of hot-shot lighting designer Lindsey Adelman. On Tuesday, Panerai chief executive Angelo Bonati interviewed Swiss designer and entrepreneur Yves Béhar at a media event. That same evening, the US chief executive of Hermès, Robert Chavez, honoured the Argentinian artist Julio Le Parc at a private dinner on the rooftop of the brand’s new Miami store. We asked four emerging artists if they've ever had their work stolen. Not really. 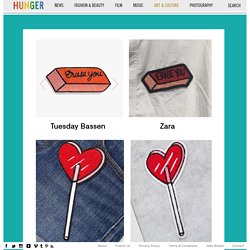 Some artists put their accounts on private to protect their images, but I think this limits your exposure to new and broader audiences. I think it’s really hard to prevent people stealing your intellectual property given the scale of Instagram. The majority of the time, people are not intentionally trying to disregard you as an artist or photographer by not tagging you — photos and credits get lost in the chain cycle of reposting, sometimes they are pulled from an uncredited post on Tumblr or Twitter.

I think it’s just a matter of being aware that once your photos are posted online, there’s a possibility they will be shared without your name attached. How Fashion Is Framing Olympic Athletes for Rio 2016. LONDON, United Kingdom — “Fashion doesn’t exist in a vacuum,” says British Vogue’s deputy editor Emily Sheffield. 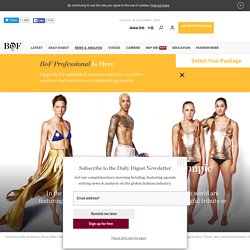 “It’s a part of everyday conversation [so] Vogue has always focused on a wide variety of personalities: performers, writers, artists, politicians — and sportsmen and women too.” Called “Fighting Talk,” Sheffield’s recent feature of British female champion boxer Nicola Adams is just one of the many examples of glossy magazines around the world giving Olympic athletes a spotlight in recent months. 'It's about freedom': Ban boosts burkini sales 'by 200%' Image copyright Getty Images The Australian woman credited with creating the burkini says bans on the full-bodied Islamic swimsuit in France have boosted sales. 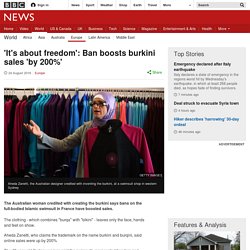 The clothing - which combines "burqa" with "bikini" - leaves only the face, hands and feet on show. Aheda Zanetti, who claims the trademark on the name burkini and burqini, said online sales were up by 200% The 48-year-old Sydney woman said the swimsuits represented freedom and healthy living - not oppression. "I'm an Aussie chick, I've been here all my life," she said. INTO THE FASHION: Cultural Influences On Trend Forecasting. For everyone who works in the fashion business it is important to be able to recognize and to foresee social and cultural movements, in order to understand the fashion environment and to be able to operate in the direction in which the fashion industry will move. 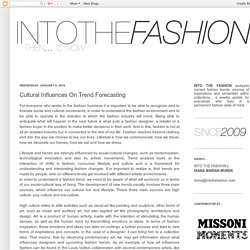 Being able to anticipate what will happen in the next future is what puts a fashion designer, a retailer or a fashion buyer in the position to make better decisions in their work. And in this, fashion is not at all an isolated industry but is connected to the rest of our life. Culture - What is Indian style today? Culture - Fashion victims: History’s most dangerous trends. Gucci to launch cultural program with Chatsworth House. Fashion Jobs and Fashion News in the USA Fashion jobs, Fashion news and all other possible information about the fashion world fashion professionals need. 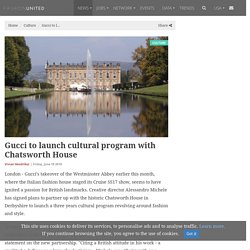