Taking My Parents to College. IT was a simple question, but we couldn’t find the answer in any of the paperwork the college had sent. 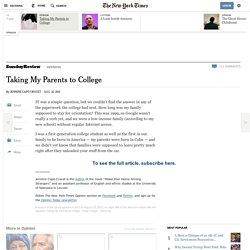 Sample Reading Passages: Passage 1. Click on the letter choices to determine if you have the correct answer and for question explanations. 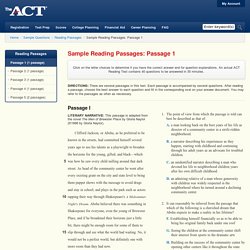 An actual ACT Reading Test contains 40 questions to be answered in 35 minutes. DIRECTIONS: There are several passages in this test. Each passage is accompanied by several questions. After reading a passage, choose the best answer to each question and fill in the corresponding oval on your answer document. Why do we value gold? China’s One-Child Policy Will Soon Be a Two-Child Policy. That Might Not Be Enough. Photo by FRED DUFOUR/AFP/Getty Images China is reportedly considering raising its famous one-child policy to a two-child policy. 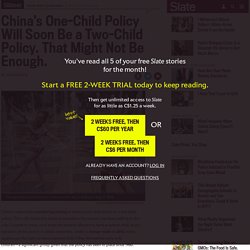 This is the latest of a series of exceptions the country has been adding to the rule. Couples in many rural areas are already allowed to have a second child, as are members of the country’s ethnic minorities. EXE–A. Skypicker: Czech discount flight app is coming to a flight aggregator site near you. Photo by ALEXANDER KLEIN/AFP/GettyImages This post originally appeared on Business Insider. 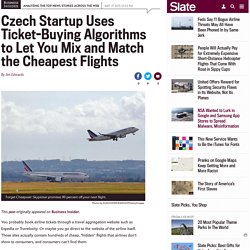 You probably book airline tickets through a travel aggregation website such as Expedia or Travelocity. Or maybe you go direct to the website of the airline itself. Those sites actually contain hundreds of cheap, "hidden" flights that airlines don't show to consumers, and consumers can't find them. Some of these flights can be priced 50 percent to 90 percent lower than those booked via a regular flight ticket, according to Lucie Bresova, the CFO of the Czech Republic-based Skypicker. University speech codes: Students are children who must be protected. Photo illustration by Slate. 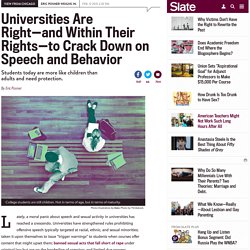 IIRP-Reflection-Tip_Sheet.pdf. A-basic-introduction.pdf. A College Education Should Include Rooming With a Stranger. Photo. 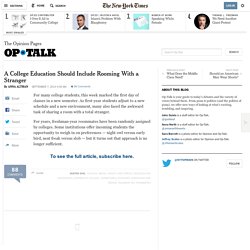 Rooming with a stranger: Anna Altman on roommate matching - They Say / I Blog. Tracking down Gary Le, the Thiel Fellow and Dartmouth dropout who tried to impersonate me. Backstory A screenshot of the UChicagoAnon webpage. 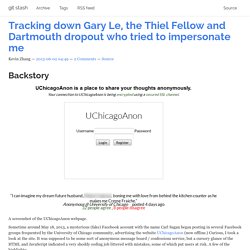 Sometime around May 18, 2013, a mysterious (fake) Facebook account with the name Carl Sagan began posting in several Facebook groups frequented by the University of Chicago community, advertising the website UChicagoAnon (now offline.) Is Your Dentist Ripping You Off? Alison Seiffer My household's level of confidence in dentistry is at an all-time low. 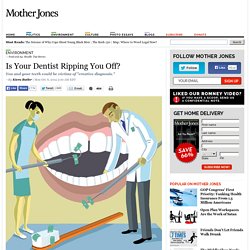 About six months ago, my dentist informed me that my "bunny teeth" were likely getting in the way of my professional success, a problem he could correct with a (pricey) cosmetic procedure. Dental care for poor children: Sarrell makes Medicaid and CHIP work. One of the most shameful gaps in the American health care system involves the country’s poorest children. 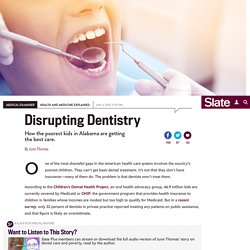 They can’t get basic dental treatment. It’s not that they don’t have insurance—many of them do. The problem is that dentists won’t treat them. According to the Children’s Dental Health Project, an oral health advocacy group, 46.9 million kids are currently covered by Medicaid or CHIP, the government program that provides health insurance to children in families whose incomes are modest but too high to qualify for Medicaid. But in a recent survey, only 32 percent of dentists in private practice reported treating any patients on public assistance, and that figure is likely an overestimate. A Slate Plus Special Feature: Slate Plus members can stream or download the full audio version of June Thomas’ story on dental care and poverty, read by the author. 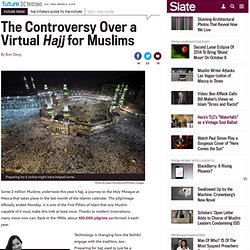 Restaurant Menus Spend More Money. McDonald's and me: My fight to end gendered Happy Meal toys. Photo by Rob Wilson/Shutterstock In the fall of 2008, when I was 11 years old, I wrote to the CEO of McDonald’s and asked him to change the way his stores sold Happy Meals. I expressed my frustration that McDonald’s always asked if my family preferred a “girl toy” or a “boy toy” when we ordered a Happy Meal at the drive-through. My letter asked if it would be legal for McDonald’s “to ask at a job interview whether someone wanted a man’s job or a woman’s job?” A few weeks later, I received a short response from a McDonald’s customer satisfaction representative claiming that McDonald’s doesn’t train their employees to ask whether Happy Meal customers want boys’ or girls’ toys, and my experiences were not the norm.

Longform stories. 12 Year Old Vegan Has the Degenerating Bones of 80 Year Old. "Tiger Mom” study shows the parenting method doesn’t work. The 50 Best Articles of 2013. 50 oustanding articles and essays from the past year. Why Chinese Mothers Are Superior. The benefits of being stupid at work. Untitled - SampleQuestions.pdf. How Machiavelli Saved My Family by Suzanne Evans. Salon.com.