Impact bias. The impact bias, a form of which is the durability bias, in affective forecasting, is the tendency for people to overestimate the length or the intensity of future feeling states. 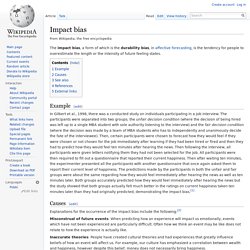 Example[edit] In Gilbert et al., 1998, there was a conducted study on individuals participating in a job interview. The participants were separated into two groups; the unfair decision condition (where the decision of being hired was left up to a single MBA student with sole authority listening to the interview) and the fair decision condition (where the decision was made by a team of MBA students who has to independently and unanimously decide the fate of the interviewee). Then, certain participants were chosen to forecast how they would feel if they were chosen or not chosen for the job immediately after learning if they had been hired or fired and then they had to predict how they would feel ten minutes after hearing the news. Causes[edit]

Pax Humanitas. Apò mēkhanḗs theós. 100th Meme Keys. LogicKo. Perspectivism. There are many possible conceptual schemes, or perspectives in which judgment of truth or value can be made. 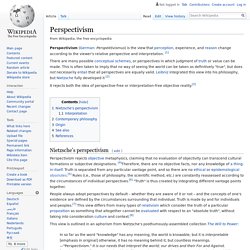 This is often taken to imply that no way of seeing the world can be taken as definitively "true", but does not necessarily entail that all perspectives are equally valid. Leibniz integrated this view into his philosophy, but Nietzsche fully developed it [2] It rejects both the idea of perspective-free or interpretation-free objective reality.[3] Nietzsche’s perspectivism[edit] In so far as the word "knowledge" has any meaning, the world is knowable; but it is interpretable [emphasis in original] otherwise, it has no meaning behind it, but countless meanings.

Interpretation[edit] Perspectivism can survive self-referential paradoxes about truth and justification [11] Contemporary philosophy[edit] In contemporary philosophy, perspectivism was revived by José Ortega y Gasset.[12] Origin[edit] Oracula. Brief_definition.pdf. Transcendence. Emotional Intelligence improves learning. The following is an essay on the above title that was written for an M.A. module on emotional intelligence in the context of teaching and working with young people. 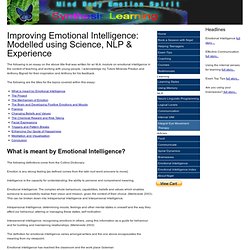 I acknowledge my Tutors Miranda Preston and Anthony Bignell for their inspiration and Anthony for his feedback. The following are the titles for the topics covered within this essay: What is meant by Emotional Intelligence? The following definitions come from the Collins Dictionary: Emotion is any strong feeling [as defined comes from the latin root word emovere to move]. Intelligence is the capacity for understanding; the ability to perceive and comprehend meaning. Emotional Intelligence: The complex whole behaviours, capabilities, beliefs and values which enables someone to successfully realise their vision and mission, given the context of their choice. 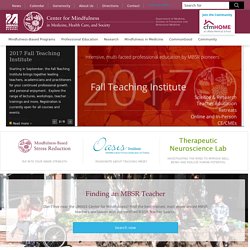 Find the best-trained, most experienced MBSR teachers worldwide with our certified MBSR Teacher Search. Search now Fall Teaching Institute 2017 Four continuous months of exciting mindfulness-based professional education and training starting in September. MBSR in Mind-Body Medicine. UMass Medical School - Worcester. Mindfulness has been described as “The awareness that emerges through paying attention on purpose, in the present moment, and non-judgmentally to the unfolding of experience moment to moment.” - Jon Kabat-Zinn, 2003 A growing body of research supports the effectiveness of mindfulness-based interventions for mental health conditions such as, depression, anxiety, and addictions, as well as problems such as stress and chronic pain. 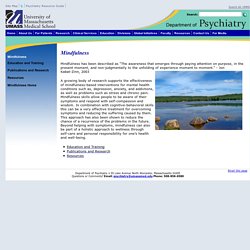 Mindfulness skills allow people to be aware of their symptoms and respond with self-compassion and wisdom. In combination with cognitive-behavioral skills this can be a very effective treatment for overcoming symptoms and reducing the suffering caused by them. American Mindfulness Research Association Home - American Mindfulness Research Association. Whole Life Unschooling: It’s For More Than Just Kids – TheOrganicSister. Zeb: always running ahead for what he loves. 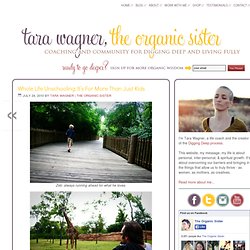 Justin: We watched him watch this giraffe for a full 20 minutes. Me: They waited for me while I read every sign in the place. There are so many definitions to unschooling. You can find them everywhere and they all do a perfectly fine job of explaining unschooling. And yet, knowing full well how to define unschooling, I’m still not happy explaining it. Quantiphobia and the turning of morals into facts. When stats-wiz and political prognosticator Nate Silver’s new venture, FiveThirtyEight, launched last week, it punctuated the rise of “data journalism,” journalism that incorporates actual numerical data into reporting and storytelling! 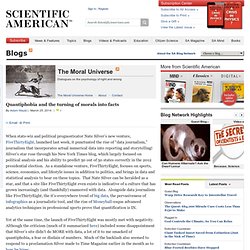 Silver’s star rose through his New York Times blog, which largely focused on political analysis and his ability to predict 50 out of 50 states correctly in the 2012 presidential election. As a standalone venture, FiveThirtyEight, focuses on sports, science, economics, and lifestyle issues in addition to politics, and brings in data and statistical analysis to bear on these topics.

That Nate Silver can be heralded as a star, and that a site like FiveThirtyEight even exists is indicative of a culture that has grown increasingly (and thankfully) enamored with data. Yet at the same time, the launch of FiveThirtyEight was mostly met with negativity. An individual expressing fear, perhaps fear of numbers Photo courtesy of Bantosh via Wikimedia Commons. The Fun Theory. What is happy?