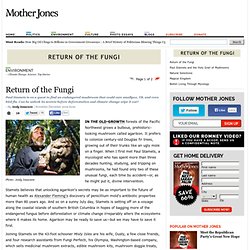 It prefers to colonize century-old Douglas fir trees, growing out of their trunks like an ugly mole on a finger. When I first met Paul Stamets, a mycologist who has spent more than three decades hunting, studying, and tripping on mushrooms, he had found only two of these unusual fungi, each time by accident—or, as he might put it, divine intervention.

Stamets believes that unlocking agar­i­kon's secrets may be as important to the future of human health as Alexander Fleming's discovery of penicillium mold's antibiotic properties more than 80 years ago. And so on a sunny July day, Stamets is setting off on a voyage along the coastal islands of southern British Columbia in hopes of bagging more of the endangered fungus before deforestation or climate change irreparably alters the ecosystems where it makes its home. MSA site » Mycologia. MSA site. Edible. Industrious Plants. Trees. Neo Botanica. Botany. Plant Guides. 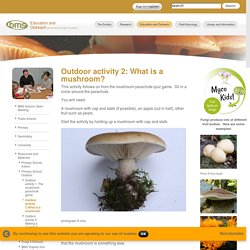 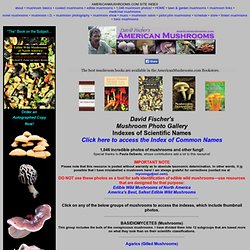 Special thanks to Paula DeSanto, whose contributions add a lot to this resource! IMPORTANT NOTEPlease note that this resource is posted without warranty as to absolute taxonomic determination. In other words, it is possible that I have mislabelled a mushroom here! I am always grateful for corrections (contact me at mycology@aol.com).DO NOT use these photos as a tool for safe identification of edible wild mushrooms—use resources that are designed for that purpose:Edible Wild Mushrooms of North AmericaAmerica's Best, Safest Edible Wild Mushrooms Click on any of the below groups of mushrooms to access the indexes, which include thumbnail photos. 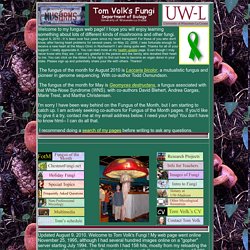 Welcome to Tom Volk's Fungi ! My web page went online November 25, 1995, although I had several hundred images online on a "gopher" server starting July 1994. The first month I had 158 hits, mostly from my reloading the page to see if it was still online. By contrast, last month there were more than 17,000 hits on this page. In the past 14 years I have had more than 990,000 hits on this main page (173,000+ in the past year), with untold millions on all my pages and images.

A couple years ago, I was featured in "La Crosse Magazine," published by Severson Design. I am very grateful to Mike Clayton of the UW-Madison Botany Department for getting me started and for hosting my pages all these years. Please read some of the 350 or so webpages made by my students in Organismal Biology, a class I have now taught three times. Mushrooms, Fungi, Mycology.