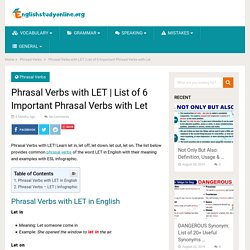 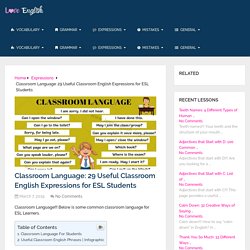 Below is some common classroom language for ESL Learners. Common English Collocations with DO and MAKE. 20+ English Expressions for Talking about Price. List of 35+ Interesting English Idioms Examples & Their Meanings - My English Tutors. Idioms Examples! 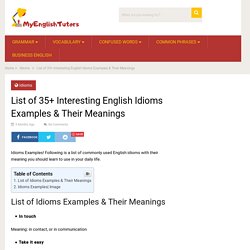 Following is a list of commonly used English idioms with their meaning you should learn to use in your daily life. List of Idioms Examples & Their Meanings In touch Meaning: in contact, or in communication Take it easy Meaning: relax, rest Piece of cake Meaning: a job, task or other activity that is easy or simple On the ball Meaning: be alert, active Under the water. Synonyms and Antonyms of Words at Thesaurus.com. 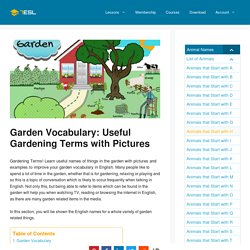 A garden is a planned space, usually outdoors, set aside for the display, cultivation and enjoyment of plants and other forms of nature. The garden can incorporate both natural and man-made materials. List of Objects in the Garden illustrated with pictures. Reported Commands and Requests in English. Learn how to use Reported Commands and Requests in English with examples. 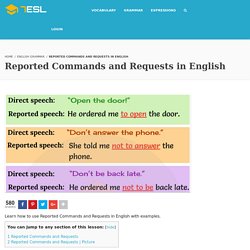 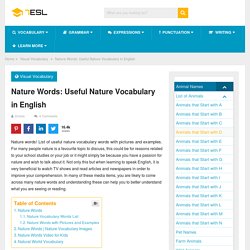 List of useful nature vocabulary words with pictures and examples. For many people nature is a favourite topic to discuss, this could be for reasons related to your school studies or your job or it might simply be because you have a passion for nature and wish to talk about it. How to Describe Someone’s Feelings and Emotions. List of emotions and feelings! 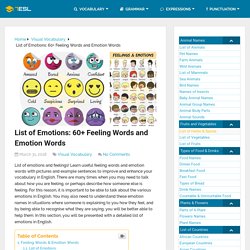 Learn useful feeling words and emotion words with pictures and example sentences to improve and enhance your vocabulary in English. There are many times when you may need to talk about how you are feeling, or perhaps describe how someone else is feeling. Colour Vocabulary in English. How to Describe Someone’s Character and Personality in English. Most people would consider the character traits described by the personality adjectives below to be “good” or positive. 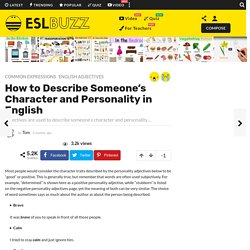 This is generally true, but remember that words are often used subjectively. For example, “determined” is shown here as a positive personality adjective, while “stubborn” is listed on the negative personality adjectives page, yet the meaning of both can be very similar. The choice of word sometimes says as much about the author as about the person being described. Brave It was brave of you to speak in front of all those people. Calm. Useful Words and Phrases for Writing Formal Letters in English. How to Describe People in English. School rules. Two word games. Word on the Street. Names for food in British and American English. You say tomato, I say tomato… but sometimes we say completely different things depending on whether we’re eating in the UK or America. 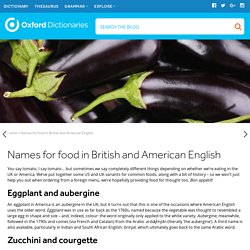 We’ve put together some US and UK variants for common foods, along with a bit of history – so we won’t just help you out when ordering from a foreign menu, we’re hopefully providing food for thought too. Bon appétit! Eggplant and aubergine An eggplant in America is an aubergine in the UK, but it turns out that this is one of the occasions where American English uses the older word.

Eggplant was in use as far back as the 1760s, named because the vegetable was thought to resembled a large egg in shape and size – and, indeed, colour: the word originally only applied to the white variety. Zucchini and courgette Neither zucchini nor courgette have a long history in the English language – they seem to have both emerged around the same time in the early 20th century, presumably as different consumers on starting growing and eating them.

Forum – Learn English – Fluent Land. I Spy Sight Word Bottles. By the end of the year my preppies need to know 50 sight words. 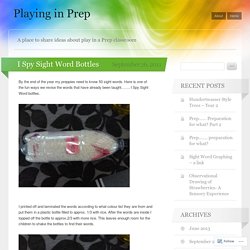 Here is one of the fun ways we revise the words that have already been taught……. I Spy Sight Word bottles. I printed off and laminated the words according to what colour list they are from and put them in a plastic bottle filled to approx. 1/3 with rice. After the words are inside I topped off the bottle to approx.2/3 with more rice. This leaves enough room for the children to shake the bottles to find their words. Dates - learn to say the dates and ordinal numbers in English.

To say dates in English is quite simple. However, as there are two ways to do this, students often get confused and mix both of them together. I hope that this post will help them clarify this extremely important area. To be able to say dates in English correctly, it is necessary to know the ordinal numbers. Most of the ordinal numbers are made by adding the ending -th.

Word Work With Popsicle Sticks: A Super-Fun Center Idea! This post originally appeared on the blog Clever Classroom. Here’s an easy-peasy (to create) word work idea for your center activities. I created this super fun spelling activity to help students work on blending, adding, deleting, and substituting phonemes to make new words, all while having loads of fun. These vital phonemic awareness skills are just some of the 34 skills that I focus on in this activity. You can see all 34 skills in a free cheat sheet I use. Learn English: Words to describe Australian artworks - Learn English - Australia Plus. In this lesson about Australian artworks, we describe five works by Australian artists. Each of them feature a different aspect of Australian life, history and culture. Read on to see how we can describe paintings, photographs and printmaking as we learn more about Australia. Margaret Olley was an Australian painter well known for her still lifes.

Still life is a genre of painting that involves man-made and natural objects. Olley's paintings were often scenes from her home in Sydney. The title of this painting is 'Ranunculus and pears'. "There is a fridge on the right and there is a drying rack of plates on the bench - on the far left. Sidney Nolan was an Australian painter who often painted scenes and stories related to the Australian bush. Ned Kelly was Australia's most infamous bushranger. This painting is based on a known incident in the Wombat Ranges of Victoria, where Kelly and his gang were firing rounds and practising their marksmanship. Test Your Vocabulary.

The names of days of the week. 31 Ways to Practice Spelling Words. Spelling words are a fact of life with elementary school kids. I remember them clearly from my years in school and now we're entering the same phase with my daughters. My struggle has always been making them interesting. We've got to practice them, right? For the longest time, the only things I could come up with were practice tests and writing them over and over and over again. Boring! Would you like all the ideas in ebook form? Vocabulary APPEARANCE (Lesson 1) Describing Physical Appearance. Describing people's physical appearance. 37 English Words for Describing a Person's Appearance: English Vocabulary. English Idioms for Personality & Character.