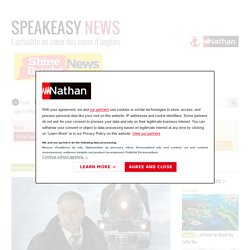 A new film version with an all-star cast will allow your pupils to discover the story and explore the iconic detective Hercule Poirot with an article and worksheet at A2-A2+ level. They will practise expressing cause and consequence around this story in which everyone is a suspect. Vocabulary and structures Murder related vocabulary (private detective, murderer, assassin, suspect, intriguing, solve a mystery, weapon, mobile, connection, escape...)Adjectives: prestigious, famous, popular, bestselling...Superlative (the most famous, the best, the most popular...)One of the + superlativePassive (is murdered, is killed, are blocked...)Want someone to do something.Expressing cause and consequence Copyright(s) : 2017 Twentieth Century Fox FIlm Corp.

Notion(s) culturelle(s) : "Rencontres avec d’autres cultures" Emoji Time – Speakeasy News. This A2 article is based on The Emoji Movie released on 18 October. 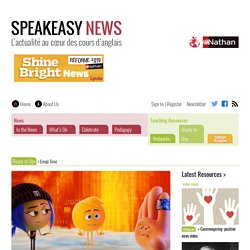 Gene is an emoji who lives in Textopolis, a digital city inside a smartphone. While all other emojis express only one emotion, he can make ‘the wrong face’ because he was born without a filter, and he is desperate to become ‘normal’. The theme of emojis allows vocabulary recycling and expanding – giving pupils the tools to go beyond “happy” and “sad” –as well as storytelling combining images and words.

Vocabulary and structures adjectives expressing emotions.used to / still Pronunciation <ed> at the end of adjectives. Martin Luther King Slideshow – Speakeasy News. Hidden Figures in the Space Race – Speakeasy News. In this B1-level article, your students will learn how a group of dedicated female mathematicians known as ‘human computers’ used their talents to help NASA launch rockets, and astronauts, into space. 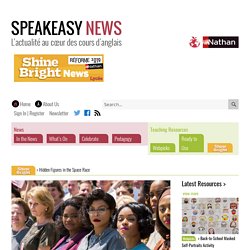 Even if Virginia’s Jim Crow laws required them to be segregated from their white colleagues, the black women of Langley’s group contributed to America’s decisive victory over the Soviet Union in the Cold War. The film Hidden Figures is based on a book by African American writer Margot Lee Shetterly, whose father was an engineer with NASA.

You can find more on Hidden Figures in Shine Bright LLCE cycle terminal File 12 Equality on trial. Rip van Winkle – Speakeasy News. This A2 activity is based on a short presentation of Washington Irving’s short story Rip Van Winkle, which was first published in 1819, two hundred years ago. 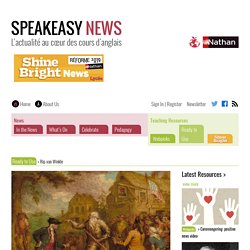 Although it was inspired by a German traditional story, Irving gave it a clearly American context as the eponymous Van Winkle magically falls asleep for 20 years, completely missing the War of Independence, and is bemused by the changes that have taken place in his absence. It has become a classic, often considered the first American short story. Added to the article is a recording of a possible conversation between Rip and his angry wife, which can be used as an example for your students to act out an argument between husband and wife. Downton Abbey – Speakeasy News. This document aims to allow you to work on the trailer of the upcoming movie Downton Abbey at a B1 level. 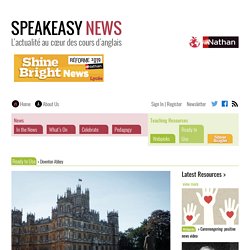 Downton Abbey was originally a British historical period drama television series that aired from 2010 to 2015. It was set as a fiction based in a historical landscape between 1912 and 1926, in the post-Edwardian era where historical events had a real influence on the British social hierarchy. The Mouse Mansion – Speakeasy News. "The Mouse Mansion" is a sequence for 6e pupils based on the children's book of the same name by Karina Schaapman, and on the DIY video tutorials on her website. 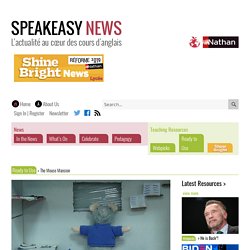 Author and artist Schaapman spent years building and furnishing the Mouse Mansion, an elaborate doll’s house, out of cardboard boxes and papier-mâché, and writes books about the mice, Sam and Julia, who inhabit it. In this sequence, pupils make their own rooms for the mansion. It's an excellent opportunity to practise vocabulary about rooms and furniture. The Call of the Wild – Speakeasy News. Visiting Buckingham Palace – Speakeasy News.

Big Ben – Speakeasy News. Big Ben is a must-see on any trip to London. 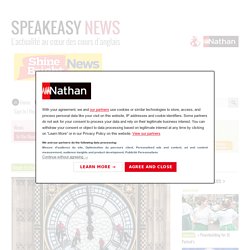 The iconic London landmark is undergoing major renovation work for the next three years. We take the opportunity to show pupils what makes Big Ben tick with an A2-level article. Language and Structures: Descriptive narration: simple present and preterite tensesNumbers: saying datesModals and use of the futureSpecific vocabulary around clocks and monument maintenanceVocabulary: compound words Going Further:The video below shows how the Houses of Parliament clockmakers change the time for British Summer Time and back again in the autumn. The video is 1'30", so it could also be used as a relatively easy listening comprehension training activity for lycée pupils. This topic works well withThumbs up! Copyright(s) : UK Parliament. 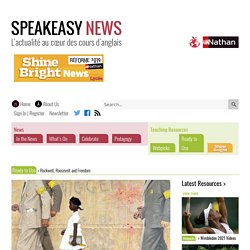 It focuses and expands on a very specific passage from Franklin D. Roosevelt’s State of the Union speech delivered in January 1941 in which he put an emphasis on freedom, or rather freedoms: freedom from fear, from want, freedom of religion and of speech. As the U.S. entered WWII, Rockwell gave shape to these concepts in four paintings that are now world-famous and the subjects of an exhibition in Caen celebrating the 75th anniversary of D-Day.