'Star Trek: The Next Generation' garden gnomes: Your weeds will be assimilated - CNET. Set phasers to prune, and program the transporter for the most overgrown part of the yard. 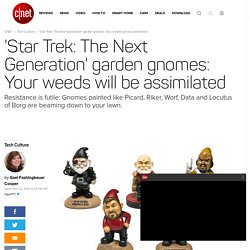 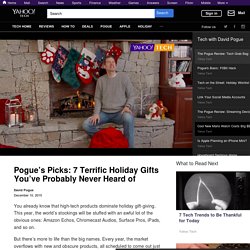 This year, the world’s stockings will be stuffed with an awful lot of the obvious ones: Amazon Echos, Chromecast Audios, Surface Pros, iPads, and so on. But there’s more to life than the big names. Every year, the market overflows with new and obscure products, all scheduled to come out just in time for the holidays. Kensington Proximo Starter Kit Review. I'm a very forgetful person, the type who can put my keys down one minute and instantly forget where they are the next. 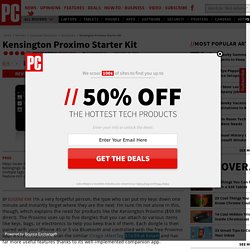 I'm sure I'm not alone in this, though, which explains the need for products like the Kensington Proximo ($59.99 direct). The Proximo uses up to five dongles that you can attach to various items like keys, bags, or electronics to help you keep track of them. Each dongle is then paired with your iPhone 4S or 5 via Bluetooth and controlled with the free Proximo app. Incipio OffGRID first look: Adding a microSD card and external battery to the Galaxy S6. Ask anyone who owns either the Samsung Galaxy S6 or the Galaxy S6 edge what they'd change about the phones, and you'll see two answers rise above all others. 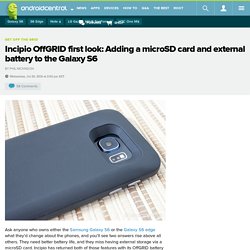 They need better battery life, and they miss having external storage via a microSD card. Incipio has returned both of those features with its OffGRID battery case. Kirk to smartphone: The Star Trek Bluetooth Communicator is coming for $149.95 in January. Remember how all those "flip" mobile phones were reportedly inspired by the communicator used by Kirk, Spock and the other members of the original Star Trek TV cast? 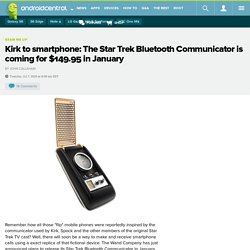 Well, there will soon be a way to make and receive smartphone calls using a exact replica of that fictional device. The Wand Company has just announced plans to release its Star Trek Bluetooth Communicator in January. Here's what the official Star Trek site has to say about this very cool accessory: Genuine Lifesize Lost In Space B-9 Robot! Giant Carrot Body Pillow. Hey Joe Coffee Mug - Brew Joe on the Go by Jordan Warren. Share this project Done Share Tweet Embed. 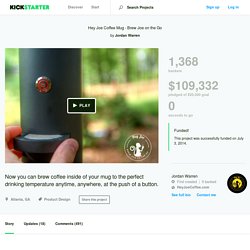 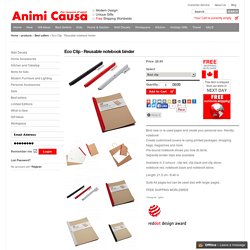 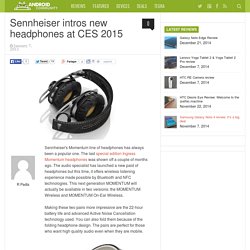 The last special edition Ingress Momentum headphones was shown off a couple of months ago. The audio specialist has launched a new paid of headphones but this time, it offers wireless listening experience made possible by Bluetooth and NFC technologies. This next generation MOMENTUM will actually be available in two versions: the MOMENTUM Wireless and MOMENTUM On-Ear Wireless. 10 Trackers And Apps That Can Make Your Life So Much Better. Batman Gold Emblem Rubber Strap Watch. Back to the Future Flux Capacitor Wristwatch. Intel announces new Basis Peak fitness tracker with heart rate monitor. 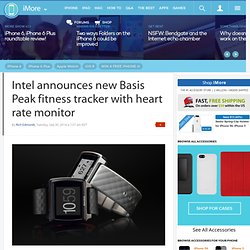 The company, owned by Intel, aims to have this new wearable available for purchase in the US from November. Peak is compatible with iPhones and iPads and emphasizes on health and fitness, sporting numerous features including the ability to keep track of steps, calories, heart rate, skin temperature and more. If you've yet to see a wearable to purchase, Intel's attempt may well fit the bill. M.androidcentral. The smartwatch or smartband is apparently old hat to a company called MOTA, which announced today an upcoming product called the MOTA SmartRing, which it says will provide mobile app notifications on a device that can fit on a finger. 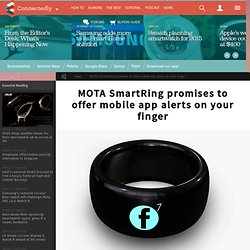 The SmartRing can offer alerts for text messages, incoming calls, calendar alerts and more. MOTA says: "Users decide for themselves exactly who they want to talk with and which events they wish to be updated about.