Let's Get Scenius [Live] Here is the live version of the article below that I performed at Social Media Week NYC and the slides that accompanied the 15 minute talk. 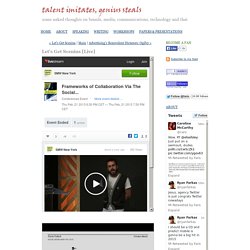 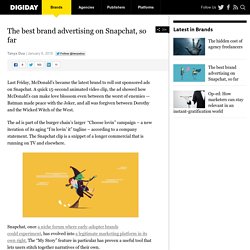 A quick 15-second animated video clip, the ad showed how McDonald’s can make love blossom even between the worst of enemies — Batman made peace with the Joker, and all was forgiven between Dorothy and the Wicked Witch of the West. 53+ Free Image Sources For Your Blog and Social Media Posts. Update – we launched Pablo a new tool to create beautiful images for your social media posts in under 30 seconds You can use Pablo right from the get-go, no need to login or create an account. Just quickly create amazing images super fast. You can try out the first version of Pablo right now – no login required. Just head to and give it a try! We’d love to hear your thoughts about Pablo on Twitter, just hit us up @buffer and hope it makes creating images for your social media posts much easier for you. Ok, back to the blogpost! Here on the Buffer blog, we think a lot about visual content.

We’ve shared our own study on the importance of images in Twitter posts for more social sharing. Strategic Creative Development, a course at Boston University. Your brain on BEER vs. COFFEE. A Funny Look At How One Huge Corporation's Been Fooling Us All Along. Inc — Share news, ideas and knowledge in one place. 10 Techniques to Unleash Your Creativity. Creativity is the force behind innovation and innovation is the key to success, growth, and expansion in today’s world. 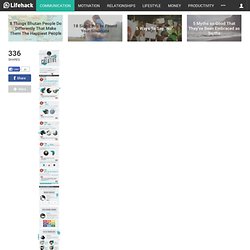 According to a recent study by Adobe, 25 percent of people believe they are far from utilizing their creative potential. Technology + Creativity = Magic. According to science fiction writer Arthur C. 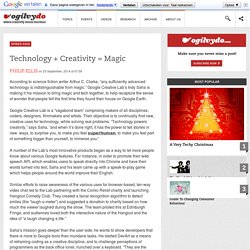 Clarke, “any sufficiently advanced technology is indistinguishable from magic.” Google Creative Lab’s Indy Saha is making it his mission to bring magic and tech together, to help recapture the sense of wonder that people felt the first time they found their house on Google Earth. Who’s “Playing” Whom? Cannes special. As The Cannes Debate took center stage toward the end of the Cannes Lions Festival of International Creativity in June, I found myself watching a classical drama unfold. 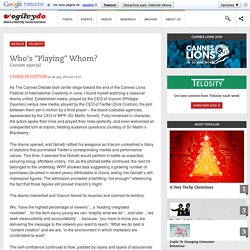 The drama opened, and Goliath rattled his weapons as Viacom unleashed a litany of statistics that pummeled Twitter’s corresponding market and performance values. This time, it seemed that Goliath would perform in battle as expected, securing smug, effortless victory. Tweets from the seat: Inside Charmin's social media strategy. When a brand takes it upon itself to become a publisher, it is incumbent upon that brand to create relevant content. 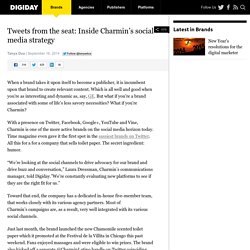 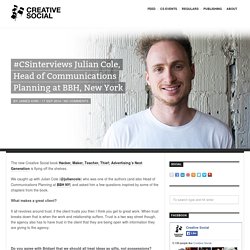 We caught up with Julian Cole (@juliancole) who was one of the authors (and also Head of Communications Planning at BBH NY) and asked him a few questions inspired by some of the chapters from the book. What makes a great client? Creativity for the digital age in six minutes. IKEA: The Instagram Catalogue Website  IKEA in Russia have created an ‘Instagram Catalogue Website’ for their latest range of products; IKEA PS 2014 (a 34 piece designer collection). 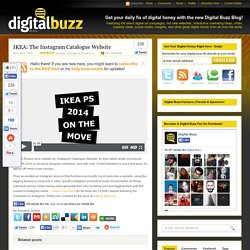 And with over 15,000 followers in just a few days, it’s taking off! Here’s how it works… They’ve created an Instagram account that functions and pretty much looks like a website, using the tagging feature to cross link in other specific instagram products to build out microsites for those individual pieces, while having users generate their own by taking pics and tagging them with the product’s Instagram name… Check it out here! So far there are 15,000+ people following the Collection on Instagram. Pretty cool. These Are YouTube's Most Popular Ads of 2014. Many of this year's most popular YouTube ads will never be seen on TV. 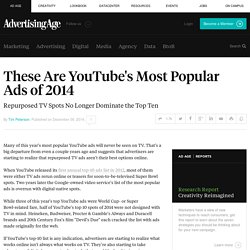