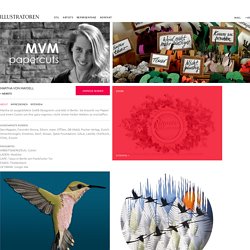 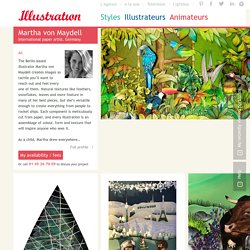 Natural textures like feathers, snowflakes, leaves and more feature in many of her best pieces, but she’s versatile enough to create everything from people to rocket ships. Each component is meticulously cut from paper, and every illustration is an assemblage of colour, form and texture that will inspire anyone who sees it. As a child, Martha drew everywhere and always. Behance. Behance. Illustration Portfolio of Julene Harrison Papercut Artist — MadebyJulene. Papercut Art and Illustration by Julene Harrison. 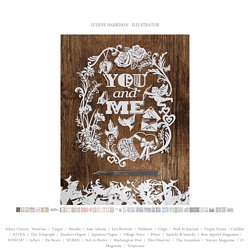 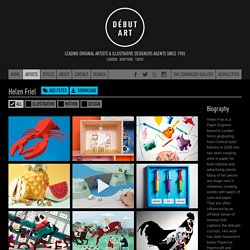 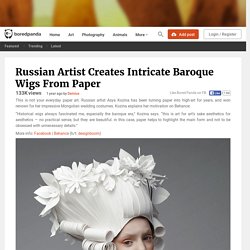 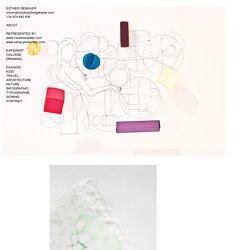 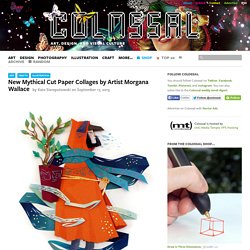 Wallace was most attracted to the texture of cut paper compositions, especially with unique materials like wallpaper samples. Currently her work revolves around female heroines and mystical beasts, adding detail to her characters with banners and leaves that float around the subjects’ heads and torsos. Wallace often uses Japanese linen paper in her work because of her attraction to its texture, mixing it with Canson thin card stock to create her characters’ flowing hair. Sena Runa (@senaruna) Jen Stark. Simon Schubert. Pkpaperart. Paperart by Myriam Dion. Armed with a very sharp x-acto scalpel and the latest edition of newspapers Myriam Dion transforms them in hours-long accurate work into stunning detailed paper masterpieces with lace-like transcendency. 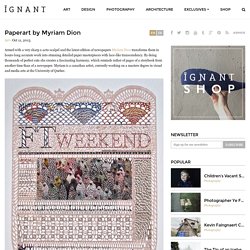 By doing thousands of perfect cuts she creates a fascinating harmony, which reminds rather of pages of a storybook from another time than of a newspaper. Myriam is a canadian artist, currently working on a masters degree in visual and media arts at the University of Quebec. All images © Myriam Dion | Via: Fubiz. Advertising — Jeff Nishinaka Paper Sculpture.

Updates, Shows, and New Work. This has been a busy month! 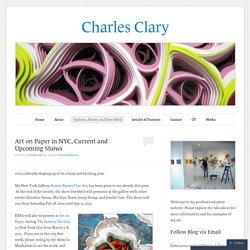 I’ve had several features online, and the show in San Francisco at Spoke Arts seems to have been a success. Here are some of the highlights: Hi Fructose did a feature on the show at Spoke Art. Nastia Voynovskaya said, “For their current group show, “Paper Cuts,” San Francisco’s Spoke Art invited a diverse assembly of artists who transform paper into fantastical visions with the help of a blade. Charles Clary, for instance, builds up layers of colorful sheets of paper cut into organic shapes that resemble neon bacteria colonies sprawling across the gallery wall. ✂ PAPER ART - Fideli. ✂ PAPER ART - Fideli. ANNA HÄRLIN › News. ### OLLANSKI paper craft and illustration ### Klaus Stiegemeyer Photographers: Holly Paper-Objects. Julia Froehlich - Paper Art. 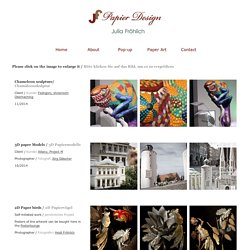 Papercut. Handmade Kraft Paper Animations by Nancy Liang. From time to time we love to stop and marvel at the mathematical wizardry of artists and designers who make GIFs with code, but Sydney-based illustrator Nancy Liang takes an old-school approach with her imaginative scenes made almost entirely by hand. There isn’t a single element in her animations that doesn’t begin as a physical drawing or object. Liang works mostly with kraft paper cutouts and pencil drawings, all of which is carefully planned in copious sketches before each element is scanned and animated in Photoshop. Seen here are a few of her most recent pieces, you can see more on her Tumblr: Over the Moon. Anouk Kuona - Die Illustratoren von KINKY ILLUSTRATORS - Agentur für Illustration, Storyboard, Moodboards. Dianabeltranherrera - Home. What's Left of the Farm — Maude White.