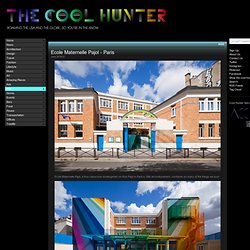 Parisian architecture office Palatre & Leclère has restored and reimagined the 1940s building, yet they have left the basic feel of the structure unchanged. We believe in repurposing and saving older buildings, but letting them tell their previous stories, even in their new guises. Getting Back To Nature. We will never tire of the positive effects of nature. 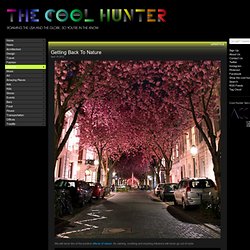 Its calming, soothing and inspiring influence will never go out of style. The more we rush, the more time we spend indoors staring at our screens and devices, the more urban our lifestyles become, the more we crave and need time away from it all. It has been amazing to follow the newest solutions to the old dilemmas: How to bring more green space to cities; how to reclaim underused urban land for recreational and other "green" uses; how to provide more and more people the opportunity to enjoy the benefits of spending time in nature. Lately, we have seen fantastic examples of how designers and architects, urban planners and citizens' organizations have accomplished both large and small-scale projects, from bringing a bit of greenery, and open space to otherwise bleak surroundings, to large-scale neighborhood-changing undertakings.

Getting back to nature is not a new phenomenon. Look Up, Way Up! There’s something about hot air balloons that makes us all smile. 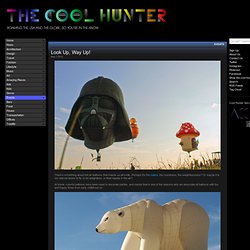 Black Table Globe. Class Things Up With A Polaboy. Everyone has at least one fond memory of snapping a Polaroid picture. 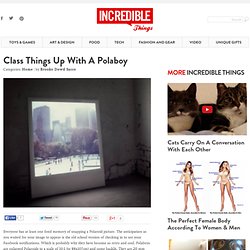 The anticipation as you waited for your image to appear is the old school version of checking in to see your Facebook notifications. Which is probably why they have become so retro and cool. Polaboys are enlarged Polaroids to a scale of 10:1 (to 88x107cm) and come backlit. They are 20 mm thick and use energy-saving LED area lights. So they are a lovely work of art by day, but become a source of light at night. Dosh Magic Wallet. Damn Cap’n, You Fancy!: Cereal Couture. Tricia at Sip, Chat, Chow, designed this conceptual line of popular cereals meshed with luxury fashion brands. 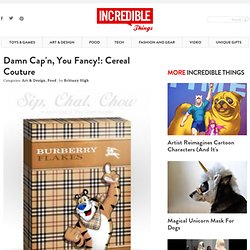 Tricia, you did a great job. For real, all them cereal boxes look classy as hell. But on a serious note: cereal is poor people food. Please don’t take that away from us. Defendius Door Chain. Yesterday was 1 April ( April Fools’ Day ), and this door chain concept designed by Artemy Lebedev fell into the category of a good joke. 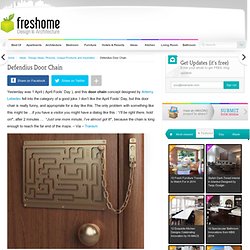 I don’t like the April Fools’ Day, but this door chair is really funny, and appropriate for a day like this. The only problem with something like this might be …if you have a visitor you might have a dialog like this : “I’ll be right there, hold on! “, after 2 minutes … “Just one more minute, I’ve almost got it! “, because the chain is long enough to reach the far end of the maze. – Via – Tranism. The Camera Lens Mug. 12 Most Creative Objects Inspired by the Rubik's Cube. The Rubik's Cube is a 3D mechanical puzzle invented in 1974 by Hungarian sculptor and professor of architecture Ernő Rubik. 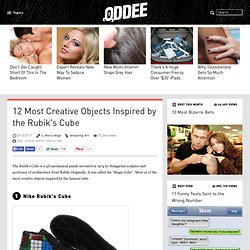 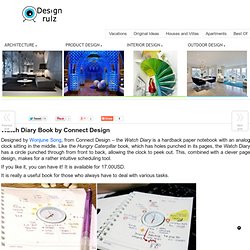 Like the Hungry Caterpillar book, which has holes punched in its pages, the Watch Diary has a circle punched through from front to back, allowing the clock to peek out. This, combined with a clever page design, makes for a rather intuitive scheduling tool. Simple Ideas, That Are Borderline Genius 2. Looking for more about [term]? 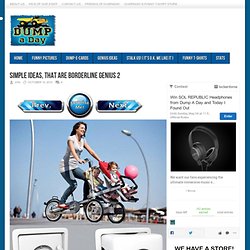 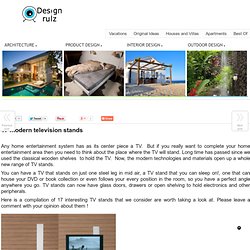 But if you really want to complete your home entertainment area then you need to think about the place where the TV will stand. Long time has passed since we used the classical wooden shelves to hold the TV. Now, the modern technologies and materials open up a whole new range of TV stands. You can have a TV that stands on just one steel leg in mid air, a TV stand that you can sleep on! , one that can house your DVD or book collection or even follows your every position in the room, so you have a perfect angle anywhere you go. Here is a compilation of 17 interesting TV stands that we consider are worth taking a look at. Beast Pieces. Book Laptop Cover [PIC] Waterproof Notepad for Writing Down Ideas While in the Shower [Video]