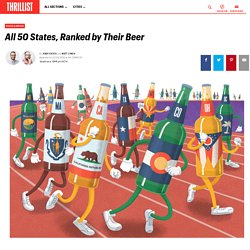 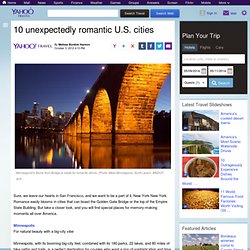 (Photo: Meet Minneapolis, Scott Larson, MNDOT, and … Sure, we leave our hearts in San Francisco, and we want to be a part of it, New York New York. Romance easily blooms in cities that can boast the Golden Gate Bridge or the top of the Empire State Building. But take a closer look, and you will find special places for memory-making moments all over America.

EAST COAST. SOUTH. WEST. Spices Retail Stores. The Best Craft Brewery in Every State in America. If you have a beer in your hand, life is probably good. 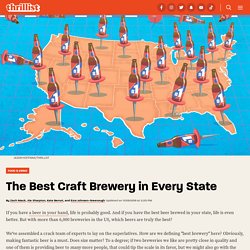 And if you have the best beer brewed in your state, life is even better. But with more than 6,000 breweries in the US, which beers are truly the best? We've assembled a crack team of experts to lay on the superlatives. How are we defining "best brewery" here? Obviously, making fantastic beer is a must. About that panel: We’ve divided the country into four sections and selected our favorite experts for each. Alabama TrimTabBirmingham No doubt about it, Alabama is becoming a state to be reckoned with, and Birmingham is the main catalyst. Alaska Anchorage Brewing CompanyAnchorage When Anchorage Brewing first began producing beers, they quickly became known for their wild and eccentric recipes that utilized wild yeasts and barrels. Arizona Arizona WildernessGilbert Arizona is a big state full of natural beauty, from their cacti-dotted landscape to one of the greatest wonders in the world.

Arkansas California Colorado Connecticut Delaware Idaho. Best US Cities to Spend a Weekend - Nashville, Austin, Charleston, Providence. Sometimes you just want to get away and explore a totally new city. 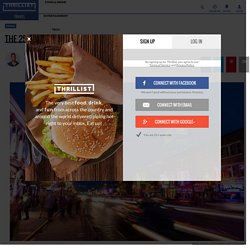 And for that, we've got you covered. This year at Thrillist, we're rolling out massive, comprehensive travel guides to great American cities like NOLA, San Diego, Miami, Austin, and Vegas (spoiler: all on this list). From bars and restaurants, iconic foods, and live tunes, to museums, outdoor activities, and where to stay (not to mention beaches, parks, and ease of getting around), we know what it takes to have a damn good time in a new place. Which is why we tapped our crack staff of writers and editors across the country to whittle down 300-plus American cities (with populations over 90k) to the absolute 25 best for spending three days. Best New Breweries Near Me - Thrillist. Good news, everyone: We've officially broken through the beer ceiling. 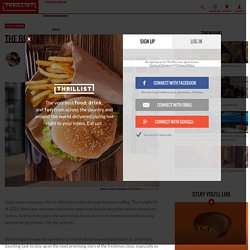 That's right! As of 2016, there are now more breweries operating than at any other point in American history. And by that token, this also means that we've never been faced with so many options for great beer. Oh, the options! But seeing as breweries opened at a rate of about two each day last year, it can be a daunting task to stay up on the most promising stars of the freshman class, especially as a casual observer. Richmond, Virginia If you haven't been to Virginia recently, you really should pay it a visit. Brooklyn, New York New Yorkers aren't always accustomed to waiting very long for good things to come their way. IPA - America's 25 Essential IPAs. Surly Brewing Co. 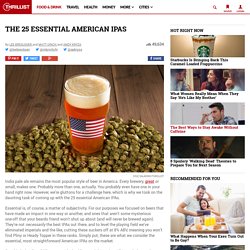 Furious 6.6%, 100 IBUMinneapolis, MN The good people at Surly label this literal can of taste bud whoop-ass (in the best possible way) an ESB/IPA hybrid thanks to the pleasing dose of Scottish malt it gets to round out the flavor profile. Overlooked Beer Cities - Best Beer Cities in America. Cincinnati can sometimes even feel a little overlooked within its own state, what with regional giant Great Lakes and Fat Head’s headlining a strong Cleveland lineup and college-town fave Jackie O’s consistently turning heads out in Athens. 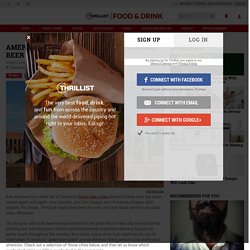 But that just isn’t right, dammit! MadTree has some seriously sexy cans, but there’s plenty of beauty on the inside, too (see Galaxy High), and its barrel-aging game is on point, too (see Axis Mundi). Rhinegeist might just be a few years old, but its home was an old 1895 bottling plant. When you name your flagship IPA “Truth,” you better back it up, and luckily Rhinegeist did. Rivertown’s founder started building a name for himself in homebrew competitions, and now you can pair his excellent lambic with a side of video games and pinball, as the brewery’s equipped with a 100-machine-strong arcade.

The 19 Best Breweries to Visit - Beer Experiences. There’s a certain energy to visiting a brewery that makes it different from any other beer-drinking experience. 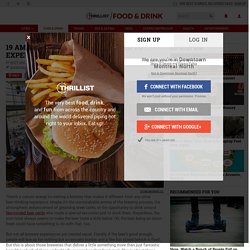 Maybe it’s the unmistakable aroma of the brewing process, the atmospheric enhancement of gleaming steel tanks, or the opportunity to drink around like-minded beer nerds who made a special excursion just to drink there. Regardless, the sum total always seems to make the beer taste a little better. Oh, the beer being so damn fresh could have something to do with that, too. But not all brewery experiences are created equal.