Untitled. In June we ran our first tour dedicated to studying the Marine Biology of our bit of the Med. 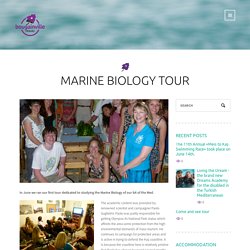 The academic content was provided by renowned scientist and campaigner Paolo Guglielmi. Paolo was partly responsible for getting Olympos its National Park status which affords the area some protection from the high environmental demands of mass tourism. He continues to campaign for protected areas and is active in trying to defend the Kaş coastline. It is because the coastline here is relatively pristine that Paolo has chosen to spend several months of the year living in his home here. He worked with us on an itinerary that could instruct older school children in the techniques of marine biology and the politics behind it. The tour started in Çıralı (the long beach near Olympos) and took in the ancient sea-side city of Aperlae (near the sunken city Of Kekova) before coming to Kaş. The projects undertaken on the 5 teaching days are listed below.

Project 1. Project 2. Project 3. Project 4. Sprezzatura. The word has entered the English language; the Oxford English Dictionary defines it as "studied carelessness".[4] History[edit] Castiglione wrote The Book of the Courtier as a portrayal of an idealized courtier—one who could successfully keep the support of his ruler. 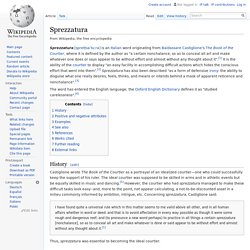 The ideal courtier was supposed to be skilled in arms and in athletic events but be equally skilled in music and dancing. However, the courtier who had sprezzatura managed to make these difficult tasks look easy--and, more to the point, not appear calculating, a not-to-be-discounted asset in a milieu commonly informed by ambition, intrigue, etc. Concerning sprezzatura, Castiglione said: Thus, sprezzatura was essential to becoming the ideal courtier. Positive and negative attributes[edit] Sprezzatura was a vital quality for a courtier to have. However, while the quality of sprezzatura did have its benefits, this quality also had its drawbacks. Examples[edit] See also[edit] References[edit] Jump up ^ Berger, Harry, Jr. (2002). ROME 2015 - Google Map. For specifics on restaurants, shops, sites, etc. see the ROME collection under LOCATIONS/INTERESTS. Marino’s Main Fountain Spouts Wine instead of Water for the Sagra dell’Uva Festival.

Marino’s Main Fountain Spouts Wine instead of Water for the Sagra dell’Uva Festival Marino, just 21 kilometers south of Rome, is a little hill-top medieval castle town with a big celebration of the grape every year on the first Sunday of October. 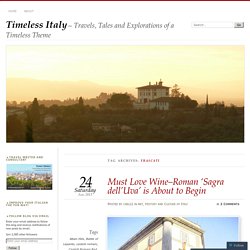 Set in the famous wine-making Alban Hills, the Sagra dell’Uva is a day of merrymaking, feasting and drinking a whole lot of local wine. This same region of Castelli Romani, once a summer resort full of luxurious villas for the Roman nobility, was also famous for ensuring the early Roman Emperors had good wine to drink. During the Sagra, clusters of grapes dangle over statues, terraces, doorways and balconies. Food stalls line the streets offering plates of delicious mussels, clams, olives, nuts, fruits, sweets and hot pork sandwiches called ‘porchetta.’ Beware! It all began after the Battle of Lepanto in 1571 when admiral Marcantonio Colonna returned to his hometown of Marino following his famous victory over the Turks. One Miraculous Year.

The Papal Audience is scheduled to start at 10.30am (Sometimes in Summer due to the heat they may start the audience at 10am instead). However, you will find that most people will arrive early to get a good seat. Security opens between 8 - 8.30am. – mindshare2000

Trionfale Market - Markets of Rome. A walk through the stalls Trionfale market is considered the first corner market in Rome and with its 273 stalls is the biggest in town, and among the biggest ones in Italy and even in Europe. 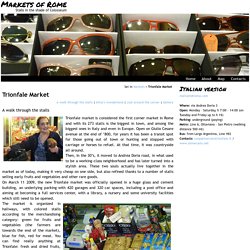 Open on Giulio Cesare avenue at the end of ‘800, for years it has been a transit spot for those going out of town or hunting and stopped with carriage or horses to refuel. At that time, it was countryside all around. Then, in the 30’s, it moved to Andrea Doria road, in what used to be a working-class neighborhood and has later turned into a stylish area. These two souls actually live together in the market as of today, making it very cheap on one side, but also refined thanks to a number of stalls selling early fruits and vegetables and other rare goods. WE ARE STAYING HERE: Opera House BOHEME Super Comfort Fashion... - HomeAway Centro Storico (Old Rome) I am a marine biologist working for the conservation of biodiversity in the Mediterranean Sea. 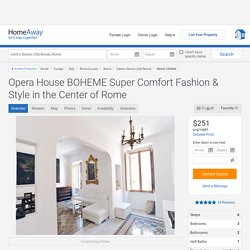 I worked 5 years for Greenpeace, 15 years for WWF and 5 for the United Nations Environment Programme. I am 100% Roman and in love for the Ethernal City even if always lived in an intrenational and multi-cultural environment. Paolo Guglielmi purchased this apartment in 1898 If you want to live like a Roman Senator and/or a Patrician Noble Lady at the gladiators time, while enjoying the confort and style of the modern digital era, then go no further!!!