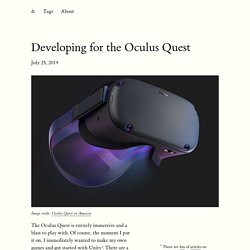 Of course, the moment I put it on, I immediately wanted to make my own games and got started with UnityThere are lots of articles on Unity versus Unreal versus building your own engine entirely from scratch using Oculus Native support. For me, my goal was to get something running as quickly as possible. Harder decisions later.. There are a few blog posts and videos that helped me on my way. Getting started. Relativty an Open-source VR headset for $200. Virtual Reality Treadmills & Locomotion Systems – KATVR. LandscapAR - Google Play. LandscapAR is a new form of augmented reality (AR) app that invites users to create intriguing islands and terrains. 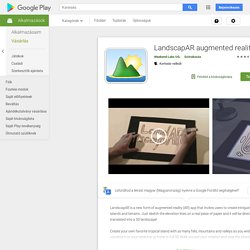 Just sketch the elevation lines on a real piece of paper and it will be directly translated into a 3D landscape! Create your own favorite tropical island with as many hills, mountains and valleys as you wish and visualize it on your table top at home in full 3D. Walk around your creation and view the islands from all perspectives. Note that the paper should be distinctly visible from the background, that is, the paper should be as bright as possible and the background as dark as possible. Furthermore, you should use a thick dark pen. The aim of the app is to go beyond the creation of user defined landscape while encouraging artistic creativity. LandscapAR egy új formája a kiterjesztett valóság (AR) alkalmazás, amely felkéri felhasználók számára, hogy érdekes szigetek és terepen.

We explore the possiblities of VR as a tool for learning. 360° Camera Comparisons Archives - 360° Camera Reviews and Guides. Insta360 One X vs GoPro Hero 7: Which is the best action camera? 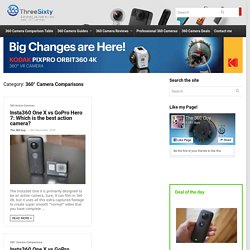 The Insta360 One X is primarily designed to be an action camera. Sure, it can film in 360 VR, but it uses all this extra captured footage to create super smooth "normal" video that you have complete ... Insta360 One X vs GoPro Fusion: Which is the better 360 camera? Two of the best 360 cameras ever are the GoPro Fusion and the Insta360 One X. ICAROS – Virtual Reality Fitness Experiences. VirtualiTeach. Flrnmrr.com. VRWiki - home. VRidge - Play PC VR on your Cardboard. 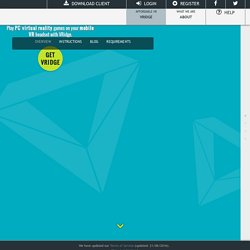 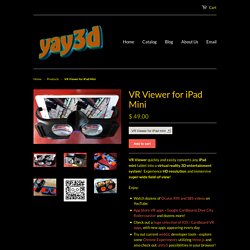 VRLand – A Community and Test Region for Virtual Reality in Virtual Worlds. “VRLand” is a region on the OpenSim-based OSGrid provided to act as a meeting place and community hub for those wanting to test virtual reality in virtual worlds like OpenSimulator (OpenSim) and Second Life. 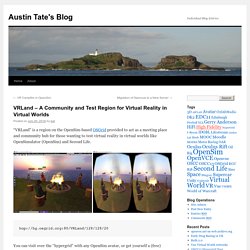 You can visit over the “hypergrid” with any OpenSim avatar, or get yourself a (free) avatar on OSGrid and head on over to the VRLand region. Use the CtrlAltStudio Viewer 1.2.6.43412 or later which supports the Oculus Rift DK2 and CV1 (and possibly the HTC Vive via the LibreVR/Revive compatibility tools). The region is set up to allow voice (using Vivox) and will be developed in the coming weeks to include a range of simple meeting spaces, some relevant items to pick up (freely) and a metrics area for performance testing and to establish virtual field of view in your headset. The region is placed at least 512m from the nearest adjacent region to allow for simpler performance testing, so objects are not visible on the horizon if the view range is set to 512m or less. Video Test Card. Relativty/Relativ: □ Build your own VR headset for $100. Create Virtual Experiences. The First VR Device with Adjustable Lenses. Getairvr. VirtualiTeach. 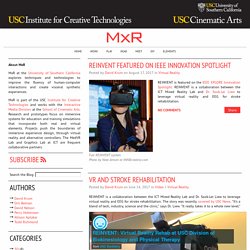 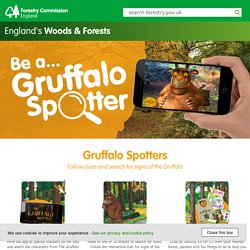 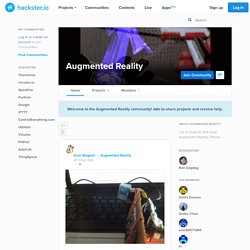