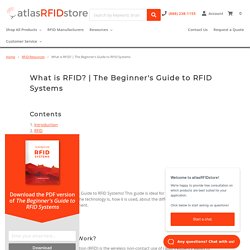 This guide is ideal for those new to RFID and who want to learn about what the technology is, how it is used, about the different types, and about the necessary tags and equipment. What is RFID? How Does RFID Work? Radio Frequency Identification (RFID) is the wireless non-contact use of radio frequency waves to transfer data. RFID card with m1 chip -RFID card supplier. Cannabidiol (CBD) — what we know and what we don’t. Medical Cannabis Unit, Ministry of Health. Medical Cannabis, Ministry of Health. Buy Gigabyte GA-H370 AORUS Gaming 3 WIFI Motherboard. Google. (45) Estimation of Nitrogen : Kjeldahl Method. Protein Determination—Method Matters. Detection of protein concentrations using a pH-step titration method. Jans Kruise was born in Sleen, The Netherlands, on October 30, 1964. 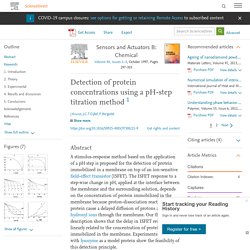 He received his M.Sc. degree in electrical engineering from the University of Twente, Enschede, The Netherlands in 1988 and his Ph.D. degree from the Biomedical Engineering Division of the Faculty of Electrical Engineering, University of Twente, in 1993. Graphene-based water filter produces drinkable water in just one step. Australian scientists use soybean oil to create graphene. Image copyright CSIRO Australian scientists have turned ordinary cooking oil into graphene, in a discovery they say lowers its cost to produce. 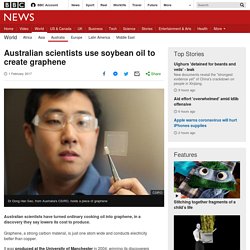 Graphene, a strong carbon material, is just one atom wide and conducts electricity better than copper. It was produced at the University of Manchester in 2004, winning its discoverers a Nobel Prize in 2010. Australian scientists use soybean oil to create graphene. Graphene membranes for water desalination. Graphene nanomaterials can be regarded as building blocks of advanced desalination membranes with two main structures: monolayer and stacked multilayer. 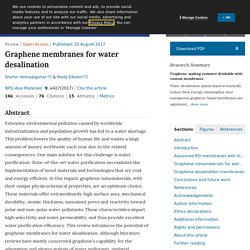 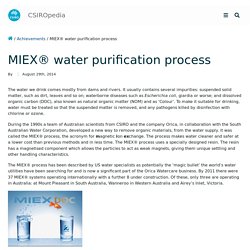 It usually contains several impurities: suspended solid matter, such as dirt, leaves and so on; waterborne diseases such as Escherichia coli, giardia or worse; and dissolved organic carbon (DOC), also known as natural organic matter (NOM) and as ‘Colour’. To make it suitable for drinking, water must be treated so that the suspended matter is removed, and any pathogens killed by disinfection with chlorine or ozone. During the 1990s a team of Australian scientists from CSIRO and the company Orica, in collaboration with the South Australian Water Corporation, developed a new way to remove organic materials, from the water supply. it was called the MIEX® process, the acronym for magnetic ion exchange.

The process makes water cleaner and safer at a lower cost than previous methods and in less time. The MIEX® process uses a specially designed resin. End-user response animation. Problems with previous treatments Lab-scale ion exchange. Is Graphene the Perfect Water Filter of the Future? Graphene: The Super-Material of the 21st Century Graphene - a thin sheet of carbon atoms - along with its cousin, the carbon nanotube, is one of the most promising materials discovered in a long time. 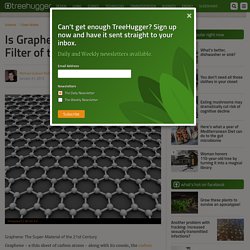 It has superlative properties when it comes to strength, thinness, conductivity, optics, etc. We know a lot about, but scientists and engineers are still finding new ways to use it. Spotlight to be placed on barriers to medicinal cannabis in Australia. Barriers confronting patients trying to access medicinal cannabis in Australia will be scrutinised in a Parliamentary inquiry into how the drug is regulated. 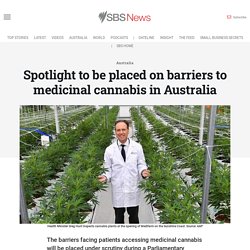 The Greens said the medicinal cannabis system is “broken” and in urgent need of reform as their push for an inquiry into access to the drug won support in the Senate on Thursday. But the Federal government has rejected the need for review saying it continues to enable access to medicinal cannabis for those in need while maintaining safeguards of its use. Health Minister Greg Hunt is seen inspecting the cannabis plants. CBD vs THC – What are the Main Differences? CBD vs. 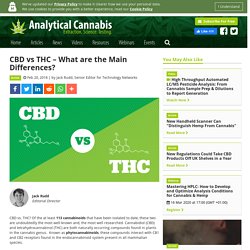 THC? Cannabis profile (chemistry, effects, mode of use, pharmacology, medical use, control status) Cannabis is a natural product, the main psychoactive constituent of which is tetrahydrocannabinol (Δ9-THC). 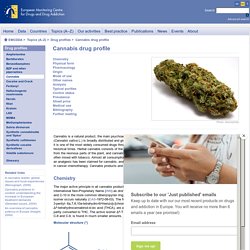 The cannabis plant (Cannabis sativa L.) is broadly distributed and grows in temperate and tropical areas. Patient Access to Medicinal Cannabis in South Australia. SA Health is committed to ensuring South Australian consumers have access to the optimal range of treatments and services to promote the best health outcomes for patients and the community. 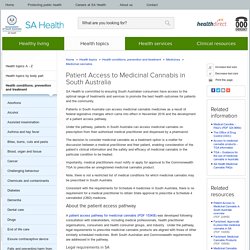 What is cannabis? The term cannabis is widely used to refer to any plant in the genus Cannabis including dried flowers and leaves (marijuana), seeds, extracts and resins. Between 60 and 100 chemicals called cannabinoids and some 300 non-cannabinoid chemicals are produced by the cannabis plant. Www.analyticalcannabis.com. Medical marijuana: effects on epilepsy need to be tested, expert tells Brisbane symposium. By Matt Eaton Updated 20 Nov 2014, 12:09pmThu 20 Nov 2014, 12:09pm Testing marijuana's effectiveness as an epilepsy treatment will be no easy accomplishment, a Brisbane symposium has heard. But Griffith University neurologist and researcher Professor Roy Beran told the Queensland Epilepsy Symposium on Thursday tests were essential because there was no other effective treatment for some epileptic syndromes.

Anecdotal feedback from epilepsy sufferers and their families suggested marijuana could alleviate symptoms in some cases. "In particular, the one everybody mentions is Dravet syndrome, which is a very horrible form of epilepsy," Professor Beran said.