Asteroid: NASA scientists spot killer asteroid Apophis; Space rock to approac... Although asteroids, in general, are objects to look out for in the skies in case of a collision, it is the larger ones that are a cause of concern. 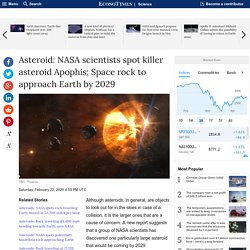 A new report suggests that a group of NASA scientists has discovered one particularly large asteroid that would be coming by 2029. Express reports that a group of researchers from NASA has discovered one particularly large asteroid through their asteroid trackers. The space rock in question referred to as 99942 Apophis, was seen traveling Earthbound at a speed of 67,000 miles per hour. The researchers predict that Apophis would be coming in close to Earth by the 13th of April, 2029, which would be nine years from now. Other reports have regarded this asteroid as a “planet killer” because of how close it can get. 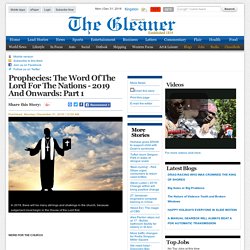 There will be many stirrings and shakings, because judgement must begin in the house of the Lord first. A lot of shaking and shifting will take place in the Earth also. God is calling His people to win the harvest at any cost. There is going to be a time of double portion, restoration, and restitution for those who have been faithful and those who have lost. Introducing the Satanic sex cult that's snaring stars such as Peaches Geldof. Forget Scientology, celebs are now falling for an even more sinister 'religion': Introducing the Satanic sex cult that's snaring stars such as Peaches Geldof Founder Aleister Crowley dubbed 'the wickedest man in the world'Crowley was born in 1875 and styled himself 'the Great Beast, 666'Other stars linked to the cult include Jimmy Page and Jay-Z By Richard Price for the Daily Mail Published: 17:00 EDT, 21 April 2013 | Updated: 09:41 EDT, 22 April 2013 Taken at face value it was an innocent enough remark, encouraging friends to explore 'a belief system to apply to day-to-day life to attain peacefulness'. 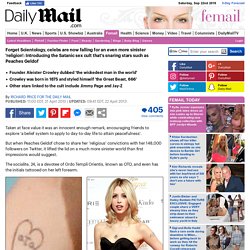 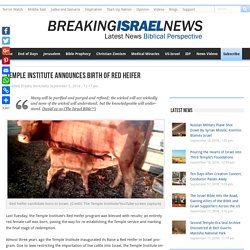 Human hands have never lost their fascination to our ancient forefathers, and even now in contemporary times, the novel roles that hands play in the humanities with their dexterity and grace never cease to amaze us. 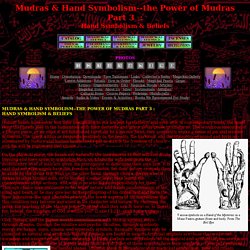 The wondrous execution of a Chopin piece, or an objet d' art fabricated carefully by a master hand--they constantly evoke a sense of joy and wonder within us. The Spirit within us responds positively to the beauty, the harmony, and the symmetry of sound and form as manifested by Nature and human hands.God's gift to man is the freedom of choice and the will to implement that choice. Healing the Wounded Spirit: Christian Approach. Breaking Spiritual Stronghold... †The book content below is available in paperback & printable downloads at a low donation level price. 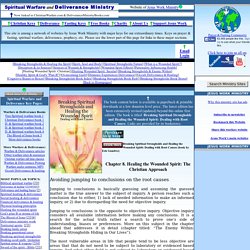 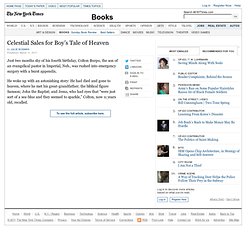 Colton’s father, Todd, has turned the boy’s experience into a 163-page book, “Heaven Is for Real,” which has become a sleeper paperback hit of the winter, dominating best-seller lists and selling hundreds of thousands of copies. Thomas Nelson, the book’s publisher, said it had broken company sales records. The publisher, based in Nashville, began with an initial print run of 40,000 copies. Since the book came out in November, it has gone back to press 22 times, with more than 1.5 million copies in print. Where Does Evil Come From? — The Coffeelicious. The Lucifer Effect. 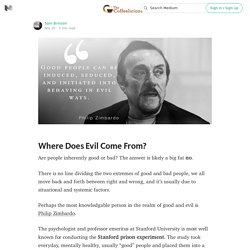 Voodoo caused Hurricane Katrina and the Oil Spill, page 1. +3 more posted on Jun, 9 2010 @ 08:50 AM You'll need more than pictures of wide-eyed black children to make this argument believable to anyone with common sense. 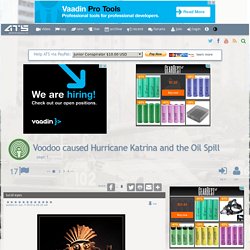 A Creative Mom in Dubai. The Signs are listed in roughly chronological order, although the order is not necessarily precise, especially for those in the future. 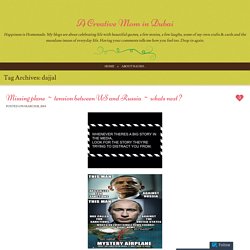 This is a brief summary of the signs; there are many books, articles, cassettes etc. which discuss these in greater detail. May Allah enable us to recognise and heed the Signs, and strengthen us in the times of tribulation. “Are they waiting for anything except the Hour, to come to them suddenly? But its Signs have already come!” (Al-Qur’an, Surah Muhammad) Past 1. 2. Signs before the appearance of the Dajjal and the End Times. The uselessness of becoming a believer after the coming of three signs; Sahih Muslim – It is narrated on the authority of Abu Huraira that the Messenger of Allah (may peace be upon him) observed: When three things appear faith will not benefit one who has not previously believed or has derived no good from his faith: the rising of the sun in its place of setting, the Dajjal, and the beast of the earth.

The 10 signs before the Last Hour begins; – Hudhaifa b. Usaid Ghifari reported: Allah’s Messenger (may peace be upon him) came to us all of a sudden as we were (busy in a discussion) . – Hudhaifa b. Dajjal Signs Of Qiyamah. William Blake, The spiritual form of Nelson guiding Leviathan – Smarthistory. William Blake, The spiritual form of Nelson guiding Leviathan, in whose wreathings are infolded the Nations of the Earth, c. 1805-9, tempera on canvas 30″ x 24″ / 76.2 x 62.5 cm (Tate Britain, London) William Blake occupies a unique position in art history in that he was both a major artist and a major poet. Often the two went hand-in-hand, his art illustrating his poetry, or if not his, the poetry of others. German Scientists Prove There Is Life After Death. 8 People With Near-Death Experiences Describe What Dying Feels Like. Advertisement Many of us have probably wondered what it is like to die.

When the time comes, will we feel an overwhelming fear, or a tranquil sense of peace? Morbid question, it is. That is something none of us will ever know for sure until we actually do experience it. The following stories of near-death experiences have been shared by people on Reddit that should help shed some light. After Watching This Deliverance, You Can't Deny the Devil's Real. Join us on our podcast each weekday for an interesting story, well told, from Charisma News. What Tonight&apos;s Full Moon Means. Tonight, deeply rooted emotional energy takes center stage followed by a call to be more accountable to our self care practices. Zuni Elder Shares Ancient Knowledge About Our Future Relationship With Extraterrestrials – Collective Evolution. Woman Dies and Comes Back To Life with This Incredible Message for Humanity. Anita Moorjani had terminal cancer and fell into a coma, doctors gave her just a few hours to live… Psychic medium Kerrie-Ann Thornton claims to channel extraterrestrials.

12 Reasons Why I Got Out of New Age. I found myself involved with the New Age during the ascension period and December 21st, 2012. HOZHO: Navajo Concept of Balance and Beauty. Click Here to View the Main Index. The Surprisingly Spiritual Meanings Behind Some Of The Emojis On Your Phone. Colombia’s ayahuasca ceremonies in spotlight after tourist's drug death.